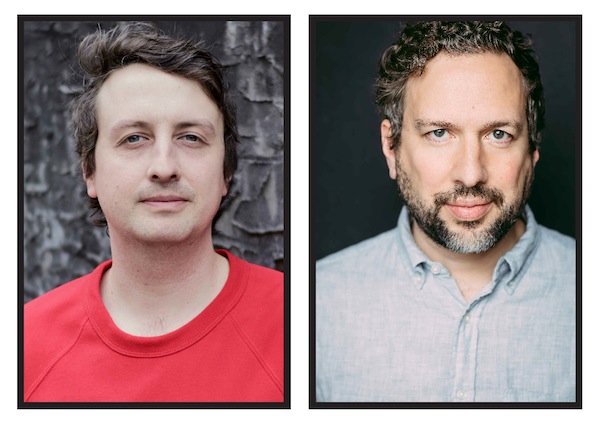 Langara College Foundation’s Langara Studio 58 Legacy Fund campaign reached and exceeded its original $250,000 goal, raising more than $273,000 in support of theatre arts at Langara. Most than 538 individual donors contributed to the success of the campaign, among them 219 Studio 58 alumni and 55 present and former faculty, directors and designers.

“The response from our Studio 58 community was amazing,” said Moira Gookstetter, executive director, Langara College Foundation. “We are humbled by their generosity. With their support, we raised over $136,729, which, when matched by the college, will create an endowment of $273,458.

“We are especially thankful for our volunteer campaign chairs Jane Heyman and Joey Lespérance. They are the real heroes of this campaign. Their enthusiasm, dedication and tireless support have helped to create a foundation that will launch Studio 58 into the future.”

Established to celebrate the 50th anniversary of Langara’s Theatre Arts at Studio 58 program, the Legacy Fund’s mandate is to support the expansion and scope of the program’s productions, training and learning opportunities.

“The remarkable success of the Studio 58 Legacy Fund campaign will mean future generations of students will have access to working on productions beyond the normal scope of Studio 58, will be offered special workshops, and will have the possibility to mentor with professionals,” said Kathryn Shaw, Studio 58 artistic director. “The Legacy Fund will allow Theatre Arts at Studio 58 to remain a leading force in theatre training in Canada. All of this could not have been possible without our caring and generous donors and supporters.”

It’s 50 years in the future. You’re in your landspeeder, zipping along the desert horizon to the Langara oasis for the opening production of Studio 58’s 2065 season! It features the usual outstanding student acting and production talent, plus a very special guest sponsored by the Studio 58 Legacy Fund, which you helped start back in 2015. “Who’d they bring in this year?” you wonder, doing a portal scan through the virtual implants in your right eye. “Ah, they’ve got Antony Holland again. Bravo!”

Holland founded Studio 58 in 1965 (at 94, he is Canada’s oldest working actor) and the Studio 58 Legacy Fund was created to celebrate the school’s 50th anniversary and help carry on its tradition of excellence. The fund will help expand the scope of Studio 58’s productions by providing exceptional practical learning opportunities not otherwise available within the program’s regular operating budget, allowing the hiring of guest artists to work on productions, and permitting the program to offer special workshops, mentorships, etc.

The fundraiser’s goal? To establish an endowment of at least $250,000 – and Langara College will match every dollar raised before March 31, 2015.

Performances play a crucial part within the total program. In the past – through special grant funding or partnerships with outside agencies and companies – Studio 58 was able to enhance the student experience through co-productions, special workshops and mentorships. Sadly, the financial landscape has changed hugely since 1965, which is why the school is now reaching out for help.

Studio 58 has never done anything like this, and is unlikely to again. Donors will receive a charitable tax receipt for any donation, whether made online at langara.bc.ca/studio-58/learn-about-us/legacy-fund.html or by cheque to Langara College Foundation, 100 West 49th Ave., Vancouver, B.C., V5Y 2Z6. Please specify Studio 58 Legacy Fund with your donation.