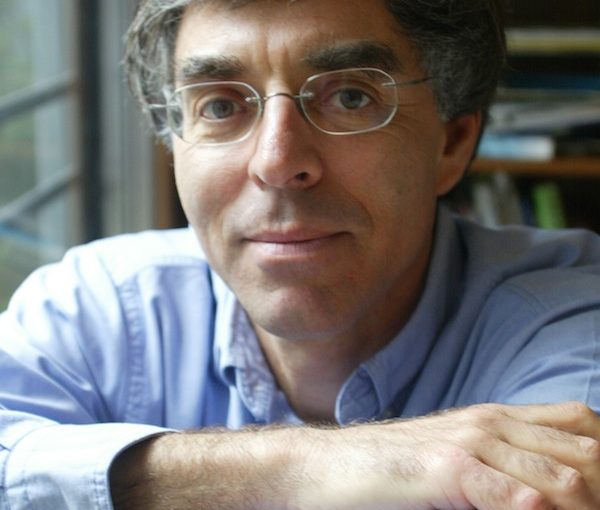 Dr. Daniel Matt will speak in Vancouver at Or Shalom over Selichot, Sept. 20-21. (photo from Or Shalom)

Even one of the world’s leading authorities on kabbalah has felt lost in the study of Jewish mysticism.

Dr. Daniel Matt began studying the Zohar, the central text of kabbalah, on a one-year exchange at the Hebrew University in Jerusalem. “Knowing that I had just one year there, I decided to take both Beginning Zohar and Advanced Zohar simultaneously,” he recalled. “I felt somewhat lost in Advanced Zohar, but that didn’t really matter, because I also felt somewhat lost in Beginning Zohar!”

His first book, his PhD dissertation, was a scholarly edition of the first translation of the Zohar: The Book of Mirrors by Rabbi David ben Yehudah he-Hasid, composed in the 14th century. He then taught at the Graduate Theological Union in Berkeley, Calif., for two decades and spent as many years translating the most authoritative English translation of the Zohar. Matt, who will be in Vancouver Sept. 19-21, has become a preeminent scholar of the text.

In the mid-1990s, Matt was approached by Margot Pritzker – of the family who owns the Hyatt hotel chain – to produce a comprehensive English translation of the 700-year-old Zohar from the original Aramaic manuscripts.

Knowing the importance of the project, Matt agreed. “The Zohar was the only Jewish classic that had never been adequately translated,” he said.

The Zohar: Pritzker Edition was published in its completion in 2018. The 12-volume set, of which Matt translated and annotated the first nine, took 18 years to complete. For the feat, he received the National Jewish Book Award and the Koret Jewish Book Award, the latter calling his translation “a monumental contribution to the history of Jewish thought.”

The honour “was thrilling,” Matt said. The actual process of completing the translation, however, was at times grueling. “I basically restructured my life so that I could stay focused on this immense project without burning out,” he explained. “I started each day with a walk in the Berkeley Hills, then worked for five hours, then went for a swim, then rested and did some prep for the next day’s adventure.”

Previous English translations of the Zohar were based on printed versions that, in Matt’s view, did not reflect the original writings. But, early in his process, he came upon manuscripts from the 14th to 16th centuries that he considered superior to the printed ones. To produce a “more authentic and poetic version,” he first reconstructed an Aramaic text from those manuscripts so he could build his English translation with it and, ultimately, share that artistry with a new audience.

“It is a treasure not just of Jewish literature, but of world literature, hidden away in an Aramaic vault for 700 years,” he said.

For the past year, Matt has taught an online Zohar course and has had more than 500 students, both Jewish and otherwise, from all over the world. He has found it gratifying to see “how eager people are to find personal meaning within Judaism, to explore and challenge the traditional understanding of God and Torah.

“I find that many folks are amazed to see that what they believe most deeply has been expressed by the mystics hundreds of years ago, or what they have stumbled across in Buddhism or other spiritual teachings is right there in our own tradition, hidden for too long.”

What Matt impresses on his students, both beginner and advanced, about the Zohar is how it goes beyond the literal meaning of the Torah. “It challenges our normal ways of making sense and reveals a radically new conception of God,” he said. “God is not a bearded man up in heaven who runs the show. God is infinity. At the same time, God is equally female and male, and the feminine half of God (Shekhinah) is perhaps the greatest contribution of the Zohar.

“All of Western religion is dominated by the masculine description of God, which has influenced our culture tremendously and left us with an imbalanced view of our own human nature.” Shekhinah, he said, “helps us realize that God embraces both the feminine and the masculine realms, though ultimately God is beyond gender.”

Matt’s Vancouver visit will include a vegetarian potluck at Or Shalom on Sept. 20, after which he will talk on Shekhinah. On Sept. 21, he will present the talk How Kabbalah Can Stimulate Us to Renew Our Lives, which will include songs on the theme of yearning to join with the One and meditation led by the synagogue’s Rabbi Hannah Dresner. Program details and registration are available via orshalom.ca/selichot.