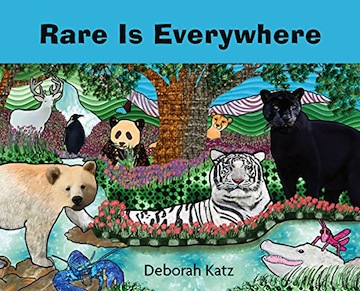 The Centre for Judaism of the Lower Fraser Valley is looking for nominations for its annual Lamplighter Award, which honours a young person who has performed an outstanding act of community service.

Candidates must be between the ages of 6 and 18 and submission of potential recipients must include two references describing the child’s community service. The chosen lamplighter will receive the award during Chanukah at an evening ceremony at Semiahmoo Shopping Centre.

“Chanukah celebrates the victory of light over darkness and goodness over evil,” said Simie Schtroks. “This is a most appropriate opportunity to motivate and inspire young people to make this world a brighter and better place. By filling the world with goodness and kindness, that light can dispel all sorts of darkness.”

To nominate a candidate for the award, contact Schtroks as soon as possible at [email protected].

This summer, David Granirer received a Meritorious Service Medal from the Governor General of Canada. The award recognizes a deed or activity that has been performed in a highly professional manner, or according to a very high standard: often innovative, this deed or activity sets an example for others to follow, improves the quality of life of a community and brings benefit or honour to Canada.

Granirer also teaches Stand-Up Comedy Clinic at Langara College, and many of his students have gone on to become professional comics.

This year’s Mayor’s Arts Award for Community Engaged Arts went to Earle Peach. A singer, songwriter, composer, conductor, arranger, teacher and performer, Peach leads four choirs in the city and hosts a monthly community coffee house in Mount Pleasant. He teaches privately, and records musicians for demos and albums. He performs with Barbara Jackson as a duo called Songtree and also has a band called Illiteratty.

The emerging artist honour went to Ariel Martz-Oberlander, a theatre artist, writer and teacher. As a Jewish settler on Coast Salish territories with diasporic and refugee ancestry, her practice is rooted in a commitment to place-based accountability through decolonizing and solidarity work. She divides her time between theatre and community organizing, and specializing in creative protest tactics on land and water.

Martz-Oberlander is a facilitator with the True Voice Theatre Project, producing new shows by residents of the Downtown Eastside and vulnerably housed youth, in collaboration with the Gathering Place and Covenant House. Her most recent work, created with support from the LEAP program, won a research and development prize from the Arts Club. Martz-Oberlander is also the associate producer for Vines Festival, presenting accessible, free eco-art in Vancouver parks. Good art is accountable to the community, raises up voices rarely heard and is vital to repairing our world.

On Oct. 3, the Koffler Centre of the Arts announced the four winners of the 2017 Vine Awards for Canadian Jewish Literature, all of whom were on hand at the award luncheon at the Park Hyatt Hotel in Toronto.

Winners in two of the categories are based in Vancouver. Miriam Libicki won the non-fiction award for Toward a Hot Jew (Fantagraphics Books Inc.), which the jury described as, “An admirably complicated response to being a woman and a Jew in our time, a thrilling combination of memoir, journalism and art.” And Irene N. Watts and Kathryn E. Shoemaker took the prize in the children’s/young adult category for Seeking Refuge (Tradewind Books), which the jury described as, “A superb graphic novel dramatizing the Kindertransport, a powerful story enhanced by firsthand experience and beautiful black-and-white illustrations.”

The other winners were Peter Behrens’ Carry Me (House of Anansi Press) for fiction and Matti Friedman’s Pumpkinflowers (McClelland & Stewart) for history.

The history shortlist included Max Eisen’s By Chance Alone (Harper Collins Publishers) and Ester Reiter’s A Future Without Hate or Need: The Promise of the Jewish Left in Canada (Between the Lines). Runners-up in the fiction category were Eric Beck Rubin’s School of Velocity (Doubleday Canada) and Danila Botha’s For All the Men (and Some of the Women) I’ve Known (Tightrope Books). In non-fiction, Sarah Barmak’s Closer: Notes from the Orgasmic Frontier of Female Sexuality (Coach House Books), Judy Batalion’s White Walls (Berkley/Penguin Random House) and David Leach’s Chasing Utopia (ECW Press) were runners-up, while Deborah Kerbel’s Feathered (Kids Can Press) and Tilar Mazzeo and Mary Farrell’s Irena’s Children (Margaret K. McElderry Books) were on the children’s/young adult short list.

In September 2017, local community member Dr. Arthur Wolak was elected for a three-year term to the board of governors of Gratz College, a private liberal arts college in suburban Philadelphia. Founded in 1895, Gratz is the oldest independent and pluralistic college for Jewish studies in North America. Accredited by the Middle States Commission on Higher Education, Gratz is also recognized by Israel’s Ministry of Education and Culture. Through its undergraduate and graduate programs, Gratz educates students to become effective educators, administrators and community leaders.