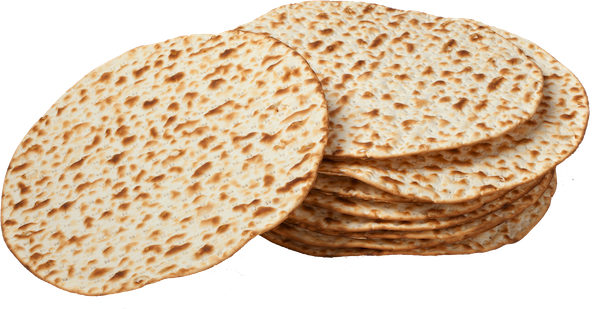 Imagine that you are sitting at your kitchen table, sewing masks for your family so that you can go outside. There are no more masks left in stock in any store near you so you are left to make them on your own. Suddenly, as you attach a button to the fabric, you hear loud shouting outside. You run to your door and cautiously peek out to see what has caused all the uproar.

You are confronted by an extraordinary sight: people are filling the streets, singing, dancing and embracing. You put on your unfinished mask and venture a little closer, but still six feet away, and ask one of the revelers what happened. She replies: “They found a cure for coronavirus. It is going to be available immediately. Everyone who is sick will immediately recover, and a vaccine will protect the rest of us.”

You stuff your half-finished mask into your pocket and join the revelry, rejoicing that the coronavirus nightmare has come to an end.

When you come back into your home the next day, you carefully place your mask on the mantel. In later years, when visitors ask why you have a piece of fabric with one button and a rubber band featured prominently in your living room, you tell them your story of how you found out that you were saved from the coronavirus pandemic, and how the fear and anxiety completely dissolved. Every time you look at that piece of fabric, you remember that your situation can change in an instant, that fear and loss can be replaced by comfort and hope.

This story may seem like wishful thinking, but it is the story we tell at our seder every Passover. Our ancestors were slaves, oppressed and fearful. They suffered and thought their suffering would never end. And then everything changed.

We recite at the seder: “This matzah – why do we eat it? To remind ourselves that, even before the dough of our ancestors in Egypt had time to rise and become leavened, the King of Kings, the Holy One Blessed be He, was revealed and redeemed them.” In less than the time it would take to bake a loaf of bread, our ancestors’ lives were totally transformed. The mightiest empire in the world was defeated by the slaves’ G-d. They became free people, about to leave their land of oppression for their own land. The bread that they had started baking in captivity became the bread that they would always associate with their liberation.

We can relate to this experience of life-altering moments in our personal lives. Think of a moment when you received a phone call or met someone and your life immediately changed. Sometimes, yes, the phone call or encounter brought sorrow or pain. But, sometimes, it brought new opportunities for joy or freedom that you never expected, and your life was never the same. Maybe, the day after despairing you would ever find a soulmate, you met the person with whom you would spend the rest of your life. Or perhaps you were at a professional crossroads and an opportunity came your way out of the blue.

Of course, the mask sitting on your mantel is not a simple thing to contemplate. It invites much more than joy. Your thoughts are so complex when you look at it. On one hand, it symbolizes recovery and deliverance and, sometimes, when asked about it, you tell about the magical moment when you learned that a cure had been found. But, other times, you recall the dark days of the virus, the many people we lost, the overwhelmed emergency rooms, our crumbled illusions that our technological competence could protect us from epidemic.

The matzah, too, is complex. The Talmud, in Pesachim, suggests that matzah is called lechem oni because it is bread that invites much discussion: “lechem she’onim alav devarim harbeh,” “bread about which we answer many things.” There is so much to say about it because it brings up so many conflicting thoughts and emotions. It reminds us of our slavery in Egypt, when we had no control over what happened to us or to the people we loved. And it also reminds us that our lives can turn around in an instant, in less than the space of time that it takes for dough to rise. It is at once both liberating and deeply unsettling. It gives us hope and it frightens us. It forces us to acknowledge that we have but an illusion of control.

At our Pesach seder, we model to the next generation how to respond to a world that is beyond our control. We try to create structure and order (seder). We acknowledge our vulnerability (“ha lachma anya” – “this is the bread of our affliction”). We help others in need, feeding them and including them at our table (“kol difchin yetei veyechol” – “all who are in need, come eat with us”).

We fight against oppression (the episode of the five rabbis in Bnei Brak). We express gratitude for all the good we have in our lives (“Dayenu”). We delve deeply into these questions and reaffirm the possibility of redemption (“and, even if we are all wise, it is still incumbent upon us to tell the story”) and share our wisdom with our children (“vehigadeta l’vincha” – “and you shall tell your children”).

We commit ourselves to building a redeemed world (“l’shana haba’ah beyerushalayim” – “next year in Jerusalem”). And, as we eat our matzah, we acknowledge with faith and humility, that we never know what will come next.

Aliza Sperling teaches Talmud at the Yeshivat Maharat/Yeshiva Chovevei Torah Beit Midrash Program and directs Svivah’s HerTorah, an inclusive and open women’s learning community. She serves as a Shalom Hartman Institute research fellow and a Wexner faculty member, and articles by Sperling and other institute scholars can be found at shalomhartman.org. This article was originally published on blogs.timesofisrael.com.

A friend recently went through a scary time and, as a result, I did, too. His niece in Minnesota, a young mother, simply disappeared. She went out on a date and didn’t come home. Her mother was with the woman’s children. When she didn’t know what to do, she contacted police, the story was in the media and the important, informal networks of the Missing and Murdered Indigenous Women and Girls (MMIWG) swung into action.

Like many friends, I tried to pass the word along about a woman who was missing. Her family needed her. My friend couldn’t sleep. He worried. I worried. The worst part seemed to be not knowing how to help, what to do and what happened. Things seemed very dangerous.

Some in the Jewish community may say, this isn’t about me. They would be wrong on several levels. First, and most apparent, your prejudice is showing. There are many Jewish community members who have ties to multiple other communities in Canada. Yes, there are indigenous Jews; as well, there are many other cross-cultural, interreligious and inter-ethnic family connections of which you may not be aware.

Second, anyone can be at risk. Missing people and human trafficking are as old as time. When Joseph’s brothers throw him into a pit and then sell him to the Ishmaelites (Genesis 37:28), they’re participating in human trafficking and slavery. They turn Joseph into a missing person. His parents go through the anguish of not knowing what happened to their child. If you’re a parent or, heck, if you’ve ever lost a pet, it’s not hard to imagine this anguish.

Rashi’s commentary says that Joseph was sold several times. According to Midrash Tanhuma, he’s sold from the Ishmaelites to the Midianites and, from there, into Egypt. This description is not unlike what happens now to women captured in wartime. News reports offer similar stories of women enslaved today – by Boko Haram or, to mention refugees closer to home, Yazidi women who were enslaved by ISIS, some of whom have found homes in Canada.

Some believe slavery is a thing of the past, tied to faraway, evil people – like the narratives I’ve heard from Canadians about the American South. People might be evil, but they aren’t far away. This is a modern issue. Once a person is being trafficked, it’s very hard to break free. She’s possibly been forcibly confined, addicted to drugs, beaten and sexually assaulted. She may be hidden, unable to get help, and brainwashed by those who kidnapped her.

There are charities that work against human trafficking, and many nongovernmental organizations do, as well. However, I was recently invited to participate in a raffle. The business offered a prize in exchange for donating to an anti-trafficking organization. I got as far as clicking through to the organization’s donation page before I saw that it did its work through a lens of Christian evangelizing. Here’s what I found: “Agape International Missions has an incredible team of staff members and volunteers who faithfully carry out our mission, day in and day out. At AIM, we believe that Christ through His Church will defeat the evil of sex trafficking, so we invite you, the Church, to join us in this fight!”

Further, if you wanted to work for them, and you’re not Christian? Too bad. Here’s what their job search info looked like: “You should consider pursuing a career with AIM if: You’re a Christian; You agree wholeheartedly with our Statement of Faith. As the foundation for all we do, our Christian faith is a uniting factor among volunteers and staff.”

Essentially, this Christian organization uses an “us” versus them narrative, in which this religiously motivated group is all good. They are out to conquer this evil that happens to faraway (non-Christian) others. Sadly, if you change the religious ideology, I’m not sure Jewish communities are much different in how we portray social action issues.

Kidnapping, human trafficking, using sex as a weapon – many people like to think these terrible things don’t happen to “us.” However, this naïve view harms victims, perpetuating the idea that these things only happen to people far away or long ago, or who somehow did something wrong to deserve it.

Joseph, according to Jewish tradition, was our relative, a part of our family. His brothers kidnapped and sold him. My friend’s niece went missing this winter. This isn’t some ancient or distant problem. Some argue that, if Joseph hadn’t been his father’s favourite, or if he’d behaved better, this wouldn’t have happened to him – this is blaming a victim.

In Joseph’s case, he lived. He was found, and he flourished over time, in Egypt. My friend’s niece came home to her mother and children after a week. It’s still unclear what happened to her. It sounds like something like human trafficking may have taken place. We (helpers outside the family) may never know.

Every time a missing person is found safe, it’s lucky – but it’s not a sure thing. Often, many hundreds of people’s efforts go into finding someone, and keeping others safe.

If you’re sent a missing person’s information, don’t judge whether or not the person is “worthy.” Send it onwards. Just imagine if your relative or friend went missing – wouldn’t you want everyone’s help, without judgment or religious prejudice?