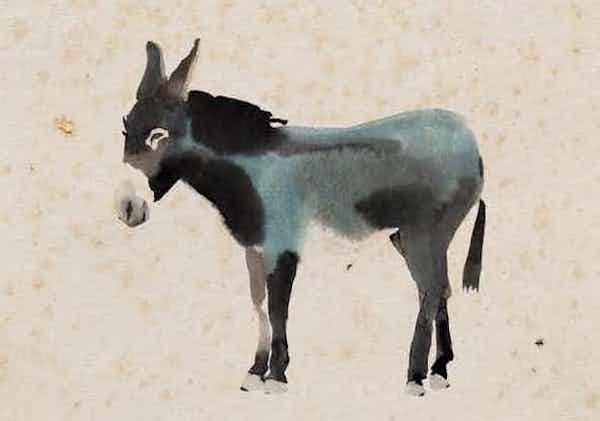 Duhan Kaplan is director of inter-religious studies and professor of Jewish studies at Vancouver School of Theology, professor emerita of philosophy at University of North Carolina at Charlotte and rabbi emerita of Vancouver’s Or Shalom Synagogue. Her book Mouth of the Donkey: Re-imagining Biblical Animals was released this year. To her resumé, you might add a sort of Dr. Doolittle role, as she returns frequently to her ability to “talk” to the animals.

“I did a little research into communication,” she writes. “Observe a creature’s form of life, discern its form of communication.… I didn’t look specifically for sound, gesture or expressions of feeling. Instead, I just watched animals interact. And, bit by bit, I began to learn their languages. Since then, I’ve conversed with cats by looking at things and then back at the cat. I’ve given information to wasps and hornets by making gestures. Spoken to crows with vocal clicks and clacks arranged in sentences. (Since I have a limited crow vocabulary, it’s a string of nonsense words, but they give me credit for trying.) And, oddest of all, I’ve befriended flies through telepathy. After all, sight, sound, thought and movement are all wavelengths on which communication happens. Different creatures favour different wavelengths. A good neighbour pays attention and meets others halfway.”

(Disclosure: In the book’s acknowledgements, Duhan Kaplan notes that I critiqued some of the earliest iterations of a couple of chapters.) 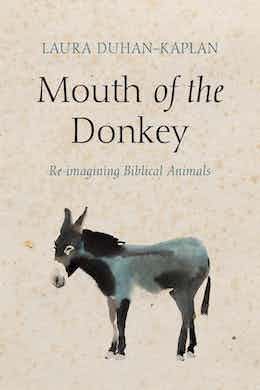 She considers both the depictions of humans as sheep in God’s “flock,” and the intertwining of the lives of the ancient Israelites with their own flocks – “Take your sheep and cattle and go!” God tells the Israelites in Exodus.

She contemplates the multiple times where the ancient literature depicts a donkey as a spiritual guide. She weaves in personal stories, such as visit to a donkey refuge here in British Columbia.

“Equines communicate well through touch. So, with my hand scratching his neck, we had a wordless conversation.” This segues into the Bible’s “most famous donkey,” that of Balaam, whose interaction with an angel sends Balaam on, so to speak, a different path.

The blurry line between humans and other animals is a recurring theme, as is the transfiguration of one sort of creature into another. In the Book of Numbers, when Moses sends 12 scouts to tour the land of Canaan, they come back with stories of wonder and terror. Vineyards produce clusters of grapes so large that  two people are needed to carry them but the farmers are gigantic – “Next to them, we feel like grasshoppers.” But, as the story unfolds, a short 40 years later, the Canaanites come to see the Israelites not as grasshoppers but as a powerful plague of locusts: “They will lick up everything around us!” declares the king.

Isaiah’s oracle about the wolf and the lamb living in peace is seen by many as a fable of human coexistence. Lambs, on the other hand, can represent defeated nations. But Duhan Kaplan flips power dynamics, noting that, in Isaiah’s oracle, the lambs control the land and exhibit a model for coexistence: “The lambs are peaceful; they govern without a policy of revenge. Graciously and with mercy, they allow the wolves to sojourn as guests.”

The book takes a surprising turn to the immediate present with a discussion of Indigenous-settler peace and friendship treaties and how they may apply to the reconciliation process our country is currently undergoing.

“The treaties are an expression, I might say, of people committed to an ethic like the one Isaiah describes,” writes Duhan Kaplan. “Like the wolf and the lamb, they resist conquest and revenge. They welcome one another as fellow residents. Like the lion and the ox, who share a food source, they rise to the opportunity for peace. And, like the bear and the cow, they understand that the relationship must be renewed in every generation.”