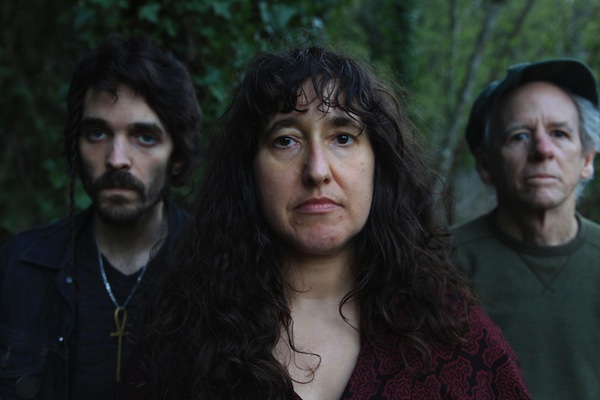 How do you take the wisdom of surviving and turn it into beautiful things?” asked Loolwa Khazzoom, front woman for Seattle-based punk rock group Iraqis in Pajamas, during an interview with the Independent recently.

One cannot easily classify Khazzoom, a cancer survivor, in a succinct journalistic fashion. Aside from being a musician, she is a writer, an activist, a polyglot and a journalist. Raised in California to an American mother and an Iraqi father, she was heavily involved in the Jewish feminist movement of the 1990s and the founder of the Jewish Multicultural Project, which provided resources about diversity to Jewish groups.

As with her stage presence, she transmits a raw, infectious energy in conversation, ever more so as Iraqis in Pajamas started this month by releasing a new single.

“Life brings with it an endless number of challenges. Negative experiences can be turned into art,” Khazzoom reflected.

“I was diagnosed with cancer in 2010,” she said. “I rejected the conventional option of surgery – despite a doctor proclaiming that I would die without it. ‘You can’t think your way out of cancer,’ he said, to which I replied, ‘You don’t know what I can do.’”

After the diagnosis, Khazzoom researched natural approaches to healing, and radically altered her diet – pulling everything out of her cupboards and moving to an all-organic and vegan diet. Through these and subsequent diet and lifestyle changes, she said she was able to stop the growth of the nodules, which remained stable for the next five years. The nodules began shrinking when she returned to music – her lost passion.

The band received a grant to produce the song “Cancer Is My Engine,” which was released March 1. “Cancer Is My Engine” combines an ancient Iraqi Jewish prayer with original punk rock, sung in Hebrew and English – challenging conventional medical approaches to cancer and putting forth the concept of music as medicine.

The song was produced by Bard Rock Studio, an independent Northwest music producer, and funded by the Lloyd Symington Foundation, which supports people living with and healing from cancer.

According to Khazzoom, singing has the ability not only to uplift but to heal. “This shift in consciousness is why, after hearing a particular song, our mood may change abruptly, or we suddenly may feel transported back in time. Singing bypasses our mental process, both awakening and soothing us at the core, without effort. Among other benefits, we are able to access, release and heal from the experience of trauma, without having to recount and risk getting triggered by painful memories,” she said.

Iraqis in Pajamas, which also includes drummer Robbie Morsehead and guitarist Sean Sebastian, got its name from a reputation Iraqi expatriates in the Israeli city of Ramat Gan had for putting on their pajamas when they had arrived home and the work of the day was completed.

The band is currently developing its next project: a debut double album. One CD will be an original a cappella version of 10 Iraqi Jewish prayers, which the band incorporates into its songs, along with a story about each prayer and why they chose it, while the second CD will be the 10 songs with those prayers woven through them. The project is sponsored by Allied Arts Foundation in Seattle and, in February, the band launched a fundraising campaign to develop, produce and promote the album: secure.givelively.org/donate/allied-arts-foundation-seattle/iraqis-in-pajamas.

Khazzoom’s first book, Consequence: Beyond Resisting Rape (2002), is a look at sexual harassment in everyday life. In 2003, she edited The Flying Camel: Essays on Identity by Women of North African and Middle Eastern Jewish Heritage, an anthology of the writings of Mizrahi Jewish women. Her writing has also appeared in the Forward, Tikkun and Lilith, as well as the Jewish Independent and other Jewish publications; she has written several times about Israeli hip-hop for Rolling Stone.

Iraqis in Pajamas hopes to find venues in Vancouver and on Vancouver Island in the coming year. For more information about Khazzoom and the band, and to listen to their music, visit loolwa.com. To purchase their music, go to iraqisinpajamas.bandcamp.com.