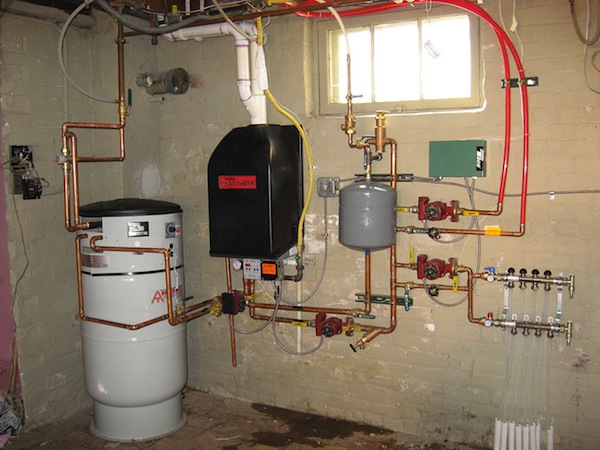 My kids love a song called “Make me a sanctuary.” The Hebrew comes directly from Exodus 25:8. It’s based on a Shaker hymn (much of the Jewish musical liturgy comes from outside sources) and it’s in Hebrew and English. The English lyrics say: “Lord, prepare me, to be a sanctuary, pure and holy, tried and true, with thanksgiving, I’ll be a living sanctuary for you.” In Hebrew transliteration: “V’asu li mikdash, v’shochanti b’tocham,va’anachnu n’varech yah, me-ata v’ad olam.” Translation: “Make me a sanctuary, that I may dwell among them, and we will bless Hashem, now and forever.”

This comes from the Torah portion Terumah, and describes how the people will make an exquisite ark so that they can worship together. I’m a “maker” and love creating things. I spin, knit, weave and sew. I write knitting patterns. I love to build and create. Today, I just finished making some cloth napkins. However, a home (or a congregation) can’t be an inspirational sanctuary without the basics. In Canada, that includes heat.

Recently, I noticed our house seemed cool. I perched on the stairs to check the thermostat. Someone installed it decades ago in a way that makes it hard for shorter adults, like me, to see. (My partner, whose ancestors spent time in Eastern Europe, didn’t seem cold.)

The next morning, the boiler wasn’t working. After checking the thermostat battery and shrugging, my partner went to work. As the work-from-home adult, I called repair places. Although it was warm outside for winter, the forecast predicted plummeting temperatures. I worried.

The busy repair places offered an appointment for the next day. We have two gas fireplaces, which pumped out heat valiantly while I called Manitoba Hydro. Hydro scheduled someone to come out to check our boiler’s pilot light. As the temperatures dropped, the boiler kept cycling, but no heat came up, so I shut it off.

At lunchtime, a chirping alarm went off in the basement. Something else was wrong, but I couldn’t even tell what was beeping. We have an old house. Its antiquated systems can be confusing. (Smart house upgrades circa 1918, 1952, etc.) I was also tired when this started from a busy weekend. I was so befuddled by what was going on with the boiler that I wondered if I was confused due to some kind of gas leak.

Once I shut it off the boiler, I was no longer confused but so tired from the cold that I wanted to take a nap. I was wearing a toque, a heavy Icelandic wool sweater and a shawl, but part of me was like, “Don’t take a nap! People die this way! How will the Hydro guys get in if you fall asleep?!”

Here’s the stupid coincidence. The beeping was an older fire alarm with a failing battery, which had nothing to do with the boiler. Installed in 2004, it was guaranteed to last 10 years. It gave up the ghost 15 years later, on the same day as the boiler troubles. We’ve had new, hardwired fire, carbon and radon alarms installed, but missed removing this one. I was freaking out over nothing. I’d call it irrational stupidity, possibly caused by a tired “freeze” brain.

The Hydro guys came, cheerfully disconnected the old fire alarm, relit the pilot light and told me to get the boiler fully serviced. When the tradesperson serviced the boiler, it was black, dirty and not burning cleanly. It needed attention. I also got the boiler chimney cleaned. It took awhile for the house to heat up, but there was good news. We were warm again! Bad news? I lost the better part of a work week to this drama, and I was cold.

Once I was warm, I thought beyond the basics – but many people can’t. If you’re stuck with challenges like staying warm, you can’t think clearly. In the midst of a Canadian winter, we’re so lucky to have heat. Taking a moment to remember this, and recognize that there are many who are cold this winter, and how it affects us, is very important.

I was incredibly grateful to hear the boiler cycling as everything became toasty. It made me very aware of how hard it is for those among us who cannot afford to keep their houses warm or who are homeless. I was so anxious that I woke up the next morning at 5:30 a.m., panicked that the boiler might stop working again as temperatures plummeted to -30 outside.

For those of us who find something’s wrong, there are ways to fix it. This is a kind of “adulting.” Grown-ups should keep up with home maintenance, whether it’s the fire alarms or getting their boilers serviced and chimneys cleaned regularly. I couldn’t remember the last time this was done at our house.

When I had twins, life got busy. We did the best we could, but forgot a lot of important details. We all need heat during the winter. Aside from being grateful, do something that I didn’t do – be proactive. Getting your heat in order before the cold temperatures and cold freeze brain hit is wise. I wish I’d known better, but you can still get it serviced in the wintertime.

Here’s wishing you a well-maintained warm, cozy home, with up-to-date fire alarms, during all the cold snaps. It’s much better to be safe and warm than sorry.