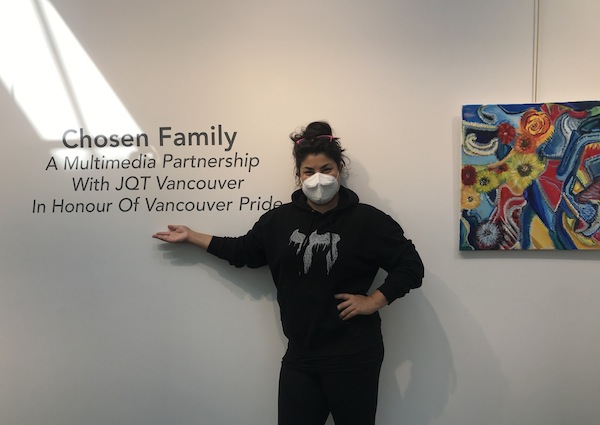 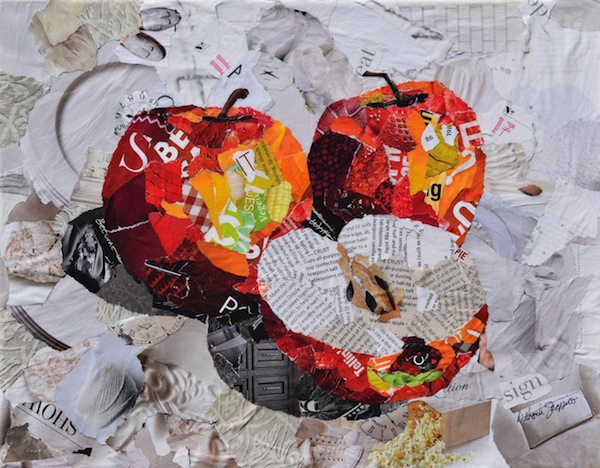 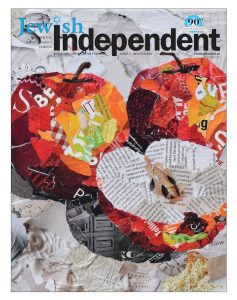 Deborah Shapiro is a self-taught, award-winning artist from Akron, Ohio, who creates collages from bits of magazine paper – no paint is used. Her subjects include nature scenes, animals and still life images. Many of her pieces have words and added meaning, as with the apple collage that graces the cover of this special issue of the Jewish Independent. You will find parts of apple pie recipes within the cut part of the apple. Apples, of course, are one of the symbols of Rosh Hashanah, representing, as we dip them in honey, our wishes for a sweet new year.

Shapiro began her art career later in life, after the age of 50, following a jaw surgery.  Her mother gave her magazines as she recovered and Shapiro used them as paint to create paper paintings. Prior to that, she was a videographer for more than 35 years. To see more of her creations, visit deborahshapiroart.com or facebook.com/deborahshapiroart. 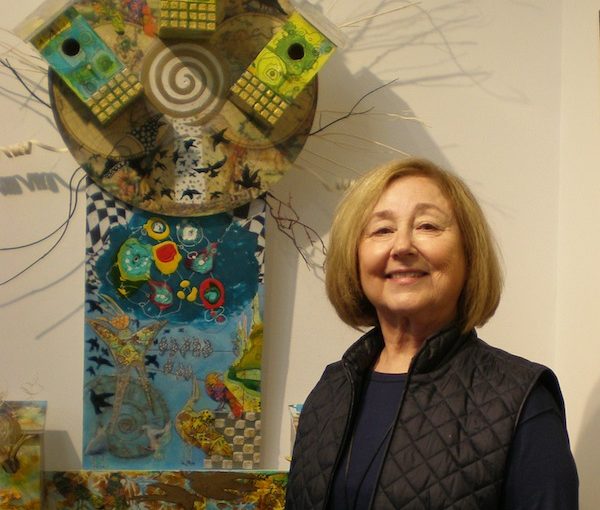