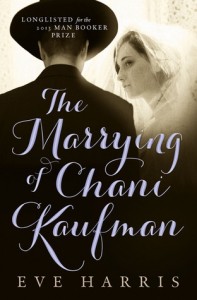 An artists’s rendering of the new facility now under construction in Bnei Brak. (photo from Mayanei Hayeshua Medical Centre)

Chavi (not her real name) awkwardly positions herself on the chair in the group therapy room. The doctors gave her parents no choice, hospitalize her or she may develop organ failure as a result of her extreme anorexia. Chavi is 16 and has grown up in the Charedi enclave of Bnei Brak, where there was little public knowledge or discussion about this debilitating disorder.

The group therapy room is in the adolescent unit where she has been hospitalized, a couple of miles away from her community and yet a world away from the life she knows. Girls talk openly about intimate experiences. They discuss the influence of media on their eating disorders and they talk about their secular lifestyles. Chavi doesn’t understand; she understands the words, but not their connotations. She is told that this place will help her get better but she feels lonelier than ever, like an outcast, discarded from her community and implanted into an alien world.

“The last few years have seen the community join together to fight mental illness,” explained Nechami Samuel, a psychotherapist at Mayanei Hayeshua Medical Centre (MHMC) in Bnei Brak. What was once a taboo subject is now being discussed and debated by rabbis, and the message is hitting home. “People in our community don’t turn to medical professionals in these situations, they turn to their rabbi for help with shalom bayit [domestic harmony],” said Samuel. “These rabbis are now referring families to us, seeking professional guidance and, together with MHMC, leading a revolution in reducing the stigma of mental illness.” This changing atmosphere could not happen soon enough – within the first days of the recent Operation Protective Edge, air-raid sirens began to sound in Bnei Brak.

“We have seen an influx in cases because of the war. For some, anxiety disorders get worse, and people who have had no prior anxiety issues may develop disorders because of the situation,” explained Dr. Michael Bunzel, chief psychiatrist at MHMC. “We have been charged by the Ministry of Health as an acute-stress treatment centre for Bnei Brak to deal specifically with trauma in the case of a national disaster. The idea is to create separate sites for trauma so that people don’t have to go to the emergency room. Mayanei Hayeshua serves as one of these sites.”

“Take, for example, postnatal depression: 10 years ago, it [was thought not to] exist in our community. We’re talking about a communal prevalence of 13 percent and yet it was brushed under the carpet.”

In addition to the upsurge in cases of post-traumatic stress and anxiety, MHMC is continuing to tackle the basic mental health needs of the community. “Take, for example, postnatal depression: 10 years ago, it [was thought not to] exist in our community,” said Shimon Goloveizitz, head of administration for MHMC’s psychiatric services. “We’re talking about a communal prevalence of 13 percent and yet it was brushed under the carpet.” Today, in addition to the organizations that have been founded to provide support, a substantial public awareness campaign has been instigated. “Recently, we hosted a rabbi-therapist to give a lecture to men to help them spot the signs of postnatal depression in their wives and support them effectively, and the turnout was overwhelming.”

Prior to his position at MHMC, Goloveizitz managed a health centre in central Israel. “One day, they decided to do an evening for Charedim because they never came to any of their health-promotion events,” he recalled. “They chose a night during Chanukah, brought in glatt-kosher food and entertained the Charedi visitors with a female singer and scantily clad dancer. They just simply didn’t understand.” There is a need to provide more information about social norms so that there is less misunderstanding between secular and religious Israelis.

MHMC is currently home to both child and adult outpatient and day-care psychiatric services but it has struggled to serve the high demands of this typically under-served population. The therapists take into account religious sensitivities and the particular challenges of conforming to religious norms. “When I am conducting family therapy and the father doesn’t look at me, rather than racing to conclusions of autism or communication disorders, I think shmirat ha’ayin [guarding the gaze],” said Samuel. “Even in standard diagnostic tests a child can be diagnosed with low intelligence because he doesn’t know culturally determined answers, or a yeshivah student diagnosed with obsessive compulsive disorder because his religious lifestyle fits the criterion for this disease.”

“We don’t close our doors to anyone. We have patients from all religious backgrounds, but it is an environment of religious respect, which is unique to our institution.”

MHMC is now halfway through the construction of a state-of-the-art psychiatric facility that will become the first in Israel solely dedicated to serving the religious population; it promises to increase the available treatment options. “We don’t close our doors to anyone,” clarified Goloveizitz. “We have patients from all religious backgrounds, but it is an environment of religious respect, which is unique to our institution.”

The new facility will house inpatient services in addition to its current outpatient services and is hoping to become a centre for excellence in Israeli mental health care. “There is no doubt that there is a need for an inpatient facility when a person is endangering himself or others, but our goal is not to be a sanatorium. We want to give people the tools to reintegrate into society as speedily as possible and for that we need to build a welcoming environment in which religious people, like Chavi, will feel comfortable living,” said Samuel.

Israel’s mental health system is currently undergoing reforms. The country’s psychologists currently predominantly offer psychodynamic therapy, which is a long-term, in-depth therapeutic approach primarily focusing on unconscious internal conflicts. Under the new system, there is a move toward evidence-based practice, which advocates the use of treatments that have a strong empirical support. While this does not exclude psychodynamic therapies, it does recommend more targeted treatment approaches based on cognitive behavioral therapy (CBT) for specific disorders.

“Our main purpose is to get our patients back out to the community and we use whatever treatments have been shown to be most effective for that purpose,” said Samuel. “Especially with these treatments, which have strict protocols, first and foremost, the research outlines the importance of cultural applicability and individual tailoring of treatment goals and plans.”

The future looks hopeful for the mental health of Israel’s ultra-Orthodox community. With 3,350 patients accessing Mayanei Hayeshua’s psychiatric services in 2013 alone, the improved services are needed. “The first stage of the revolution on stigma has been a success,” said Samuel. “Now we have to stand up to the challenge of the increased demand for our services.”

Anna Harwood is a writer and clinical psychology student at Bar-Ilan University in Israel. She made aliyah from England at the end of 2010 and has been living in Jerusalem ever since.