A pageant of pandemonium consumed the United States House of Representatives last week as it took 15 votes to confirm Kevin McCarthy as speaker. The chaos was caused by a group of far-right congresspeople representing less than five percent of the total House membership. Eventually, McCarthy triumphed – well, squeaked through – by cutting backroom deals that will empower the extremists and weaken the office of the speaker.

Although the holdouts are on the far-right fringes of American society, personality was a major factor in the weeklong deadlock. The opponents have issues with McCarthy as a person and a politician as much as they have with his policies. To succeed, McCarthy had to agree to concessions and cough up inducements that defile the dignity of his office and put the House of Representatives in jeopardy of being hopelessly deadlocked and dysfunctional.

An analogous situation is unfolding in Israel, where Binyamin Netanyahu has returned to the prime ministership. To do so, he had to make some very grubby deals with some very distasteful people.

Here, too, personalities were at play, as much as policies. There is a swath of centre-right politicians who would have joined a coalition that was not headed by Netanyahu. As a result, to regain power, Netanyahu was forced to make deals with far-right figures who should never have been considered for inclusion in a democratic government.

Both of these situations speak to an unfortunate reality of parliamentary democracy. When a bloc fails to attain a comfortable majority, they can find themselves dependent on the support of narrowly focused, ideologically driven extremists that represent very few voters. In many cases, the extremist tail ends up wagging the dog.

This is regrettable and it is sometimes inevitable. Democracy is by no means without its downsides. In fact, Winston Churchill’s aphorism – “Democracy is the worst form of government – except for all the others that have been tried” – resonates here.

The foundational piece of democracy is free elections and the peaceful transition of power, a cornerstone that was attacked on Jan. 6 two years ago at the U.S. Capitol. That cornerstone is now under siege in Brazil, in a striking parallel – as if the supporters of defeated former president Jair Bolsonaro directly stole the playbook of the American Republicans’ “stop the steal” scheme to subvert the 2020 U.S. election.

Violent protesters ransacked Brazilian government buildings this week, stealing weapons and artifacts and vandalizing facilities. Brazil does not have as long a history of democratic infrastructure as Israel or the United States, which could make it more vulnerable to attack. One core difference in the Brazilian case, versus the Israeli or American situation, is that the threats, at this point, are coming from outside the government – the protesters are supporters of a defeated (and possibly self-exiled) former leader. In the United States, the insurgents have an apparent stranglehold on one of the houses of Congress and, in Israel, are fully in charge.

The biggest concern in a democracy comes when the extremist tail that wags the dog not only influences policies but actually begins chipping away at the institutional underpinnings of democracy itself. This is a legitimate concern in Israel, as some partners in the coalition are threatening the judicial system, the functioning of police and the very definition of Israeli citizenship. The vote for U.S. House speaker did not itself represent a threat to democracy, though the final votes poignantly took place on the second anniversary of the insurrection that was the greatest attack on American democracy since the Civil War – a moment from which the country and its democratic foundations still reel. And continued dysfunction in the House portends a difficult road ahead for U.S. democracy as voters tire of do-nothing legislative bodies and what some perceive as broken political systems.

Both Israel and the United States are on unprecedented precipices. (Brazil, ironically, probably less so.) However, in both Israel and the United States, entrenched civil society organizations and strong parliamentary opponents are in place to monitor and bolster the fundamentals of their societies. Those on the (geographical and/or ideological) outside should support in every way we can the movements for democracy, pluralism and tolerance in Israel, the United States and everywhere in the world where these values are threatened, including if we see dangers to them here at home. 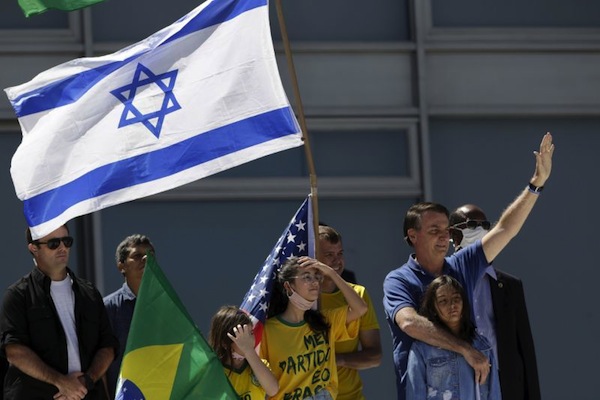