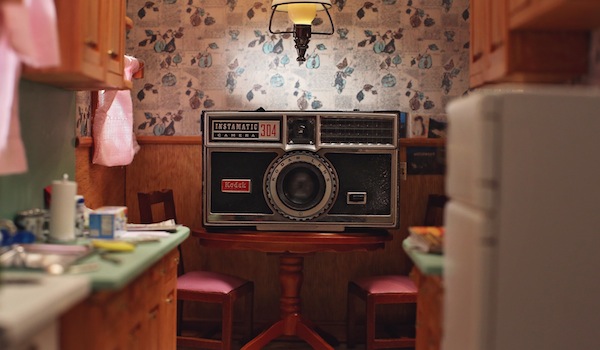 Eva Hesse is the subject of an Aug. 31 episode of PBS’s American Masters series. (photo by Herman Landshoff)

Eva Hesse’s childhood was a rollercoaster of displacement, reunion, destabilization and trauma. In the journals she kept as a teenager and adult, the German-born, New York-based artist recognized the source of her chronic insecurity. Yet, paradoxically, and remarkably, her work evinces no anguish or suffering, and no need to expose or extinguish demons from the past. From her early, brightly coloured drawings and paintings, through the textured, abstract sculptures and installations that made her reputation, her art comprises a series of experiments in forward-looking forms of expression.

Eva Hesse screens Aug. 31 (check local listings) in PBS’s American Masters series. A palpable labour of love, Marcie Begleiter’s densely detailed 2016 documentary is a soup-to-nuts portrait that encompasses the artist’s personal life and times – New York in the 1960s – along with her professional development and impact.

Begleiter’s diligence notwithstanding, Eva Hesse never delivers the aha moment, where the person and her work snap together, and we understand exactly how Hesse’s defining childhood experiences informed her work. I’ll venture, though, that Holocaust survivors, and children of survivors, will identify with Hesse’s internalized struggles, and read between the lines of her journals and the recollections of her older sister, Helen.

In 1962, the art-school grad fell in love with and married a hard-partying Irish-American sculptor named Tom Doyle. Because her father insisted that she marry a Jew, Doyle willingly converted to Judaism.

Doyle, who was the more advanced and accomplished artist at the time, was offered a residency in Germany a couple years later, and the couple ended up living there for more than a year. Their relationship fractured abroad, in part because of his drinking and flirting, but Hesse made a major leap in her art practice from painting to sculpture.

Eva Hesse, which generally unfolds chronologically, uses this period to flash back to Hesse’s chaotic childhood. Born in Hamburg in 1936, she and Helen were sent on a Kindertransport to the Netherlands in 1938. When their parents left Germany several months later, the family reunited and fled Europe for England and, in short order, New York. They were the only members of the family to escape the Holocaust.

When Hesse’s mother, who suffered from depression and mental illness, learned in 1946 that her parents had died in the camps, she jumped from a roof to her death. (Hesse’s father had separated and remarried by this time.)

While the documentary is continually interested in its subject’s mental state, neither the filmmaker nor Hesse’s devoted artist friends are especially keen to psychoanalyze her. Perhaps she was scarred by the abandonment of her parents as a toddler, though one could also understand her self-doubt, given the establishment of male gallery owners, museum curators and critics.

Which brings us to another fundamental paradox of Hesse, namely that the insecurities she voiced in her journals, and in letters to artist, mentor and close friend Sol LeWitt, were matched by an unwavering drive to be an artist, an adherence to her muse (wherever it took her) and the awareness that she was pretty darn good at her work.

In fact, Hesse was an extrovert and a lot of fun, by most accounts. From the outset, Eva Hesse is plainly not a study of a tortured artist. Nor was she unrecognized and unappreciated in her own lifetime, for she had a major solo show and made the cover of Artforum before she died of a brain tumour in 1970. She was 34 years old.