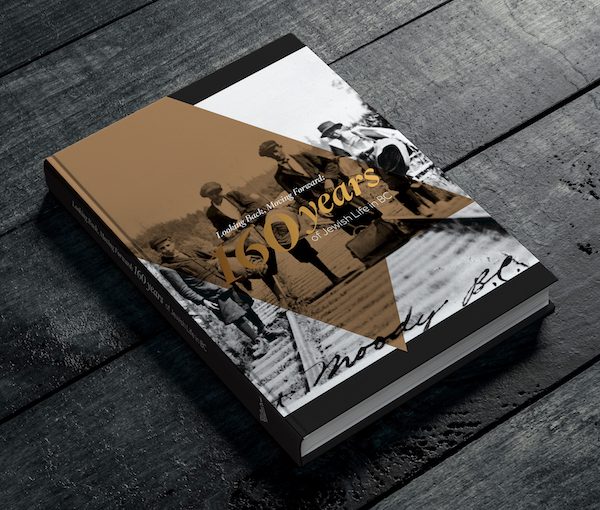 Jewish Museum and Archives of British Columbia releases its new publication Looking Back, Moving Forward after its AGM on Nov. 16.

The Nov. 16 annual general meeting of the Jewish Museum and Archives of British Columbia (JMABC) is the culmination of the museum’s 50th anniversary year of celebrations. The special occasion will not only feature Dr. Morton Weinfeld, Chair in Ethnic Canadian Studies at McGill University and author of numerous books on Canadian Jewry, but also the release of the new JMABC publication Looking Back, Moving Forward: 160 Years of Jewish Life in BC.

Taking place at Congregation Beth Israel, the 6 p.m. AGM will be followed by a reception at 7 p.m. and the keynote address. Weinfeld’s most recent publication is a revised and updated version of his book Like Everybody Else but Different: The Paradoxical Success of Canadian Jewry. His virtual presentation will highlight the unveiling of the JMABC’s Looking Back, Moving Forward.

Local historian Cyril Leonoff, who passed away in 2016, established what has become the JMABC with a group of volunteers in 1970. In his research on the B.C. Jewish community, he combed ship manifests and discovered that the first Jews to arrive in the province came to participate in the Gold Rush, in 1858.

The museum’s new book is a testament to the variety and tenacity of Jewish life all over British Columbia. The publication comprises interviews, archival research and community contributions from more than 200 B.C. Jewish community members and it includes more than 400 photos.

Organized into four sections, the book begins with a collection of essays on the history of Jewish life in various regions of the province. This section is followed by short descriptions of historic, modern and new Jewish agencies and organizations that serve(d) the social, cultural, political and religious interests of the Jewish community. Short biographies of notable B.C. Jewish figures from all areas of public and communal life make up the third part of the book. And, finally, a family-sponsored section gives some personal descriptions of a variety of families within the community.

A central mission of the JMABC is to raise awareness of the importance of everyday artifacts to the overall picture of Jewish history in British Columbia. Photos of a family barbecue or a trip to the beach, flyers, letters and other such memorabilia personalize history. Over the years, the museum has created exhibits, films, books and other research material, making its archives as accessible to the public as possible.

The JMABC is hoping to ride the wave of enthusiasm and support from the past year of 50th anniversary activities, as it continues its role as both keepers and disseminators of history within the community and as ambassadors of the Jewish community to broader B.C. society.

Copies of Looking Back, Moving Forward: 160 Years of Jewish Life in BC are now on sale through the JMABC website at a 10% discounted price up until Nov. 16. After the AGM, the price will increase to $50 in general and to $100 for the limited edition hardcover version.

To attend the Nov. 16 event in-person or online, buy your $18 ticket via jewishmuseum.ca/fiftiethbooklaunch.