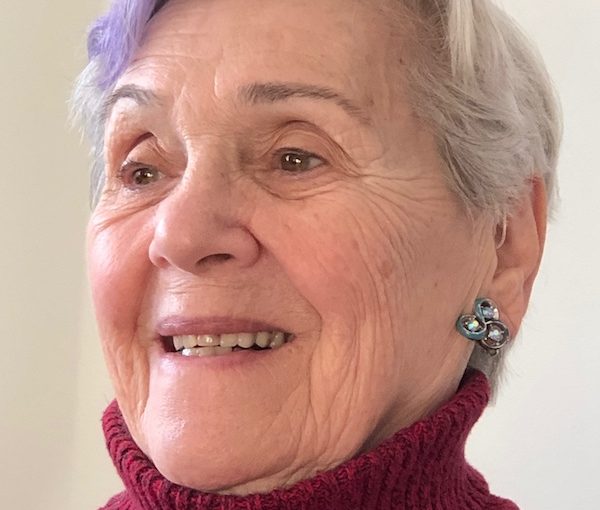 When local activist and writer Gloria Levi was a teenager, she was immersed in the Labour Zionist movement and “dreamed of becoming a pioneer in Israel.” In 1950, at age 19, she spent several months there. In 1957, with then-husband Norman (whom she had met on the previous trip) and two young children, she made aliyah. Her recently published memoir, Kissing An Old Dream Goodbye, honestly and succinctly relates what took her to Israel – and what brought her back just under two years later.

Levi launches her new book at the Cherie Smith JCC Jewish Book Festival on Feb. 12, 2 p.m., in the Waldman Library. Levi, who worked as a gerontologist for 30-plus years, has written a series of booklets, Challenges of Later Life, and co-wrote Dealing with Memory Changes as You Grow Older with Kathleen Gose. A lifelong student of Jewish texts and language, she translated The Life and Times of Simcha Bunim of P’shischa from Hebrew into English. She published her first memoir, My Dance with Schechina, in 2012.

Kissing An Old Dream Goodbye starts with Levi standing on the Marseilles pier, “impatient to set sail for Israel, the land of my dreams.” It was there that Norman noticed her, and the two became close over the subsequent months. 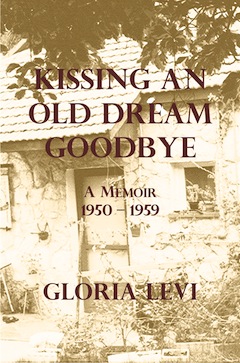 Growing up in Brooklyn, Levi had just finished her first year at New York University – “Emotionally, socially and culturally, I was surrounded by Jews and rarely met non-Jews,” she writes. “I was fiercely independent and a bit of a rebel, and had a stormy relationship with my mother. My father had died when I was eleven. I paid my own way through university and had recently been living independently in Greenwich Village.”

Norman, then 23, had joined the British Army in 1944 and “had been with the British troops who liberated Buchenwald concentration camp. In 1947, he was “deployed to India during the bloody time of Partition.” He was traveling to Israel in 1950, intending to settle there.

While she stayed longer than the summer, Levi did return to the United States to finish her undergraduate degree, at the University of Iowa, “renowned for its child psychology department,” and Norman eventually returned to England. When a visit to Iowa City was about to extend past the deadline of his transit visa, the two decided to get married, as Levi’s career would have been jeopardized if they lived together without being married. “So much for romantic proposals!” writes Levi.

The couple ended up getting married in Canada, for various reasons, and then moved to Toronto, to Montreal and, finally, Vancouver. There, newlywed life was challenging, as they got to know each other, struggled with money and started their family. Levi writes with openness about the good and the difficult – a recurring theme is communication troubles between Norman and her. A prime example is that, when things finally began to look good for them, with secure jobs, a reasonable income, Norman suggested they move to Israel. Initially startled, Levi admits that she, too, still wanted to make aliyah, but “didn’t want to say much.”

They arrived in Israel, kids in tow, in late September 1957, heading to Kfar Daniel, a modified kibbutz. There, they adapted to yet another completely new way of life, making friends, learning the jobs they are given – Levi’s first work is cleaning outhouses – and figuring out how to live in a place with snakes, scorpions and other dangers, including possible imprisonment if you accidentally wandered into Jordan, and military service for Norman.

While they loved so many aspects of living in Israel – “the physicality of the land,” feeling like “a link to 2,000 years of history,” connecting “with the guttural, nuanced ancient mystical language of Hebrew” and feeling “that this truly was our home” – other parts of the experience, both on the kibbutz and in Akko, where they moved in 1959, were impossible to reconcile with their beliefs and moral code. Among Levi’s doubts about staying in Israel were “certain negative societal attitudes, my children’s potential education system, political injustices, corruption in the form of ‘protexia,’ and the top-heavy bureaucracy.” It is with regret and ambivalence, as well as some shame that they couldn’t make it work, that Levi and her family returned to Vancouver.

“I never felt concerned about going public,” she told the Independent of the personal nature of the book, “because I was describing my truth.”

And part of her truth is the love for the country that remains, despite the disillusion, especially regarding social justice – how kibbutz members interacted with one another at times, how citizens were treated by the state in certain instances and how Arabs were viewed. An epilogue takes readers briefly through Levi’s views of the political situation in 1964, 1967 and 2019.

“Given today’s controversies regarding Israel-Palestine, I wanted to describe the profound needs, emotions and idealism surrounding the early days of the state,” said Levi. “I wanted to convey my own journey of love and doubt, joy and conflict, idealism and human ego – the controversies inherent in communal living and the clashes of two peoples living and loving one land.”

In writing Kissing An Old Dream Goodbye, Levi said, “I hope I’m able convey the colour and beauty of the land, the strengths and limitations of people in an authentic, compassionate way.”

And Levi continues to write. Her current project is a novel called The Hotelkeeper’s Daughter, a “story about an immigrant Jewish religious family, taking place from 1938 to 1948,” she said. “It is the most exciting writing I’ve ever undertaken.”