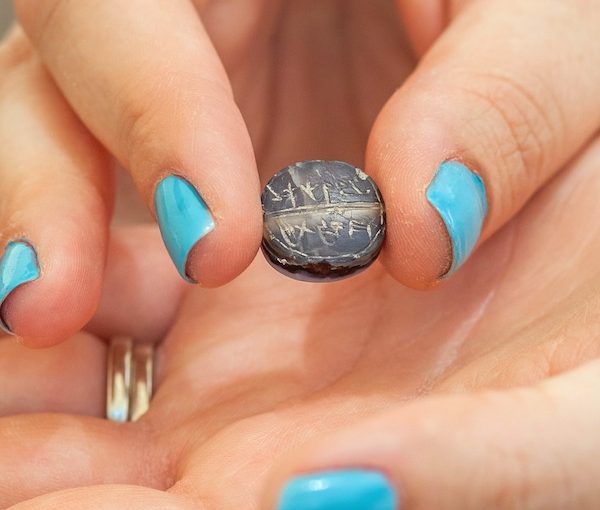 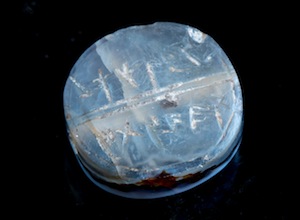 The 2,600-year-old stamp of “Ikar, son of Matanyahu” was among the artifacts uncovered in archeological excavations at the Givati Parking Lot, in City of David National Park in Jerusalem. The dig was conducted by archeologists from the Israel Antiquities Authority (IAA) and Tel Aviv University and, according to TAU’s Prof. Yuval Gadot and IAA’s Dr. Yiftah Shalev, the artifacts were found inside a large public building that was destroyed in the sixth century BCE, probably during the Babylonian destruction of Jerusalem in 586 BCE. Large stone debris, burnt wooden beams and numerous charred pottery shards were discovered, all indications that they had survived a fire.

The stamp and bulla (seal impressions), which are about one centimetre in size, were deciphered by Dr. Anat Mendel-Geberovich of the Hebrew University of Jerusalem and the Centre for the Study of Ancient Jerusalem. “The name Matanyahu appears both in the Bible and on additional stamps and bullae already unearthed. However, this is the first reference to the name Ikar, which was unknown until today,” said Mendel-Geberovich.

According to Gadot and Shalev, “These artifacts corroborate the highly developed system of administration in the Kingdom of Judah and add considerable information to our understanding of the economic status of Jerusalem and its administrative system during the First Temple period, as well as personal information about the king’s closest officials and administrators who lived and worked in the city.”