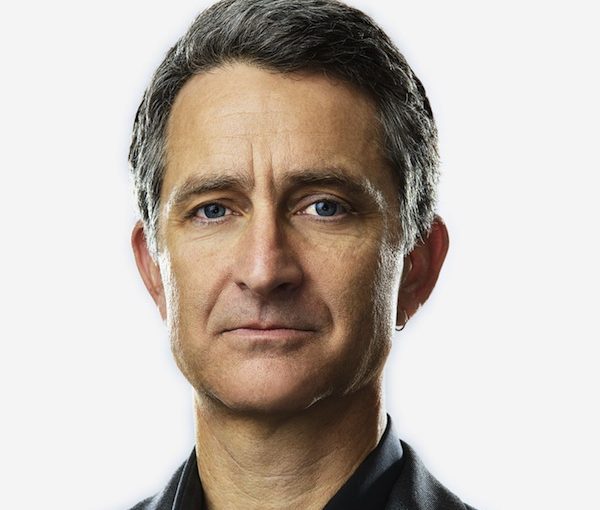 The World in a Grain: The Story of Sand and How It Transformed Civilization by Vince Beiser is a finalist for the 2019 PEN/E.O. Wilson Prize for Literary Science Writing. The award is given to a “book that exemplifies literary excellence on the subject of the physical or biological sciences and communicates complex scientific concepts to a lay audience.”

At the core of PEN America is the ideal of freedom of speech, “recognizing the power of the word to transform the world.” For his entire career, Beiser has been trying to change the world with his writing and, with The World in a Grain, he educates readers about the phenomenal importance of sand in making thousands of things, from concrete to glass to fibre-optic cables, and how dependent on it we are. So valuable is sand that people steal it and even kill for it, and our unbridled use of it, in concrete in particular, might just kill the planet.

To bring these harsh realities to light, Beiser adeptly and engagingly – sometimes with humour – mixes empirical evidence, scientific explanations, interviews with people directly connected to or affected by sand mining, profiles of relevant historical figures and his own commentary, as well as some factoids, which he calls “Interludes.” He comes to the not-surprising-but-disheartening conclusion that there’s only one solution: “human beings have to start using less sand. For that matter, we have to start using less of everything.”

Beiser dedicates the book to his wife, Kaile, and their children, Adara and Isaiah. While they live in Los Angeles, he grew up here. The Jewish Independent interviewed him about his upbringing, his career and, of course, his book.

JI: Could you tell me where you were born, how you ended up in Vancouver, and how your parents’ involvement in social causes influenced your choice of profession?

VB: I’m from a venerable Vancouver family, though I wasn’t born there. My grandfather’s family – the Landos – came over from England around the turn of the 20th century, first to Prince Rupert and then to Vancouver, where they worked in the fur business, of all things. My mother [Roberta] and her siblings were all born and raised in Vancouver – mostly in the same house where she still lives! My brothers and I were all born in the U.S. (myself in New York City), where my father [Morton] was working. We moved to Vancouver when I was 10, and I grew up there until I took off to college in California. I come back just about every summer.

My parents were always very engaged with the world, and the idea of trying to make it a better place – my father as a mental health researcher, and my mother mainly through her work with all kinds of arts and cultural organizations. We did a lot of traveling as well, which really opened my eyes to just how lucky we were and how much less so are so many other people. Meanwhile, I also had an uncle, Vancouver native Barry Lando, who was a highly decorated producer at 60 Minutes, so I grew up watching his shows and hearing about his adventures all over the world. I never consciously thought that I wanted to have a job like that, but it certainly made an impression.

JI: What role does Jewish culture and/or Judaism play in your life and work?

VB: I’m proud to be a Jew, and that heritage has definitely had an impact on my professional life. Knowing our long and brutal history of oppression helped sharpen my desire to work for social justice, to do what I can to help right, or at least bring attention to, wrongs wherever I find them. I started my career in Jerusalem, covering the First Intifada as a freelancer for both Israeli and Palestinian publications. Later, I wound up working for an Israeli magazine, The Jerusalem Report, first in Eastern Europe covering the wars in the former Yugoslavia, and later as their New York correspondent. I’ve probably written more about Jews and Jewish issues than anything else except sand!

JI: What took you from Vancouver and how did you establish yourself in Los Angeles?

VB: I went to college at the University of California at Berkeley – I really wanted to get to the States, which I thought was a much more exciting place than then-sleepy little Vancouver. From there, I spent years traveling and working all over the world, first as a hitchhiking backpacker, and later as a freelance journalist (there’s often not a lot of difference between the two lifestyles). I spent several years in the Middle East and then Eastern Europe, then came back to the U.S., where I bounced around from New York to San Francisco to Las Vegas (that’s right, I lived in Las Vegas). I was living in San Francisco when I met a delightful young woman living in L.A. I was doing a lot of work in L.A. at the time, writing for the L.A. Times Magazine and other places, so had an excuse to visit her often and, well, 17 years later we’re married, with two kids and a mortgage and the whole package.

JI: In an interview you did with David Simon, you talk about journalism, fiction and film, and Simon comments that no one reads anymore. What are your thoughts on that, on the state of journalism and your decision to write a book?

VB: These are dark days for the business of journalism, of course, with local newspapers dying off en masse and money drying up for those that are left, thanks to the internet. Most of my career has been spent writing for magazines, and a terrifying number of the ones that I’ve written for over the years have disappeared or been reduced to emaciated shadows of their former selves – The Village Voice, Spin, Rolling Stone, US News & World Report, and on and depressingly on.

But, contrary to what everyone expected with the advent of the internet and the Twitterization of discourse, people do still read, at length and in numbers. There are plenty of long, deep articles published online that attract hordes of eyeballs – the trick no one has cracked yet is figuring out how to make money off of them. Oddly, the book industry is still doing relatively well; most people still seem to prefer physical, paper books to reading something of that length on a screen. So, moving from magazines into book writing is not only something I’ve always wanted to do – it’s also a tactical move aimed at keeping me solvent. I’m branching into movies and TV for the same reason. If you’re going to survive as a freelance journalist in the 21st century, you’ve got to tell your stories and get paid every which way you can.

JI: Can you describe how the topic of sand first came to you, why it piqued your interest and about the path to the book’s publication?

VB: I’m a full-time freelancer, so I’m always hustling for stories, which involves trawling through a lot of obscure publications. One day in early 2015, I stumbled across a story on a little environmental website from which I learned two things. One, sand is the most-consumed natural resource on earth after air and water; that alone made me sit up and take notice. Two, that there is so much demand for the stuff that we are inflicting tremendous environmental damage all over the world to get it, stripping bare riverbeds and beaches and, in some places, people are even being murdered over sand. Like most people, I had never even thought about sand as a commodity, let alone one so important people might be killed over it.

I thought this all sounded crazy but, with a little research, I found it was true. The violence, I discovered, is by far the worst in India. So, I convinced Wired magazine to send me to India, where I reported a feature on the murderous ‘sand mafias’ that bedevil that country. The piece came out in spring of 2015 and got a great response from readers. I knew by then there was much, much more to the story – a book’s worth, I figured. That summer, I spent a few days alone on a tiny property we own on Gabriola Island pounding out a book proposal. My agent in New York sold it almost right away to the folks at Penguin Random House, and I was off to the races.

JI: How would you describe your level of optimism about the future?

VB: Really depends on the day, or hour. But I’ve got kids growing up in this world, so I don’t have much choice but to hope for the best!