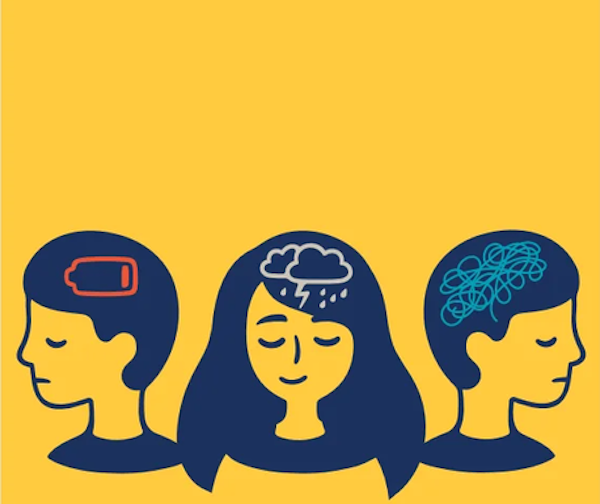 The Rohr Jewish Learning Institute (JLI) has recently published Parenting in a Pandemic: A Guide for the Perplexed. Part of Project L’Chaim, a new Vancouver-wide youth mental health initiative in memory of Steven Diamond, the 36-page booklet is filled with insights and practical tools from 14 mental health experts to help parents and educators support their teens through the current crisis.

New York-based Rabbi Zalman Abraham runs the marketing and strategic planning for JLI. “We are the largest Jewish adult education network in the world, operating in over 2,000 locations,” said Abraham, who has been working in this role for the past 11 years or so.

Prior to joining JLI, Abraham authored courses and books, was an editor at askmoses.com and served in various teaching capacities. He was born in Brooklyn, grew up in South Africa, and did his schooling in the United States and Israel.

“My father is very active in dealing with the opioid crisis in South Africa,” Abraham told the Independent in a phone interview. “He’s known as the ‘addicts rabbi.’ There were times when I was growing up where there were up to six or seven addicts living in our house, because there was no better alternative then…. My father was involved with hundreds and hundreds of addicts, and overseeing their rehabilitation. He ran a halfway house, so I have a little bit of a background in that area.”

Abraham’s study of Chassidic philosophy deals a lot with Torah hanefesh, which can be loosely translated as psychology. The rabbi explained that this “is how Judaism informs us about our emotional and mental state and character, which is very relevant to addressing some of the very real mental health challenges our society is experiencing today.”

JLI has been offering courses for about 20 years, said the rabbi. “Over the past 10 years or so, many of our courses have focused on continuing education for professionals. We started with the legal profession, with courses in ethics and comparative talmudic and civil American and Canadian law. These were accredited by various bar associations of states [and provinces] across North America, including … the Law Society of British Columbia – they accredit for official continuing education credits for lawyers and attorneys…. We then began offering continuing medical education for medical professionals. Over the past few years, our most successful courses have been for mental health professionals, accredited by the American Psychological Association for psychiatrists, psychologists, therapists, social workers and the like. 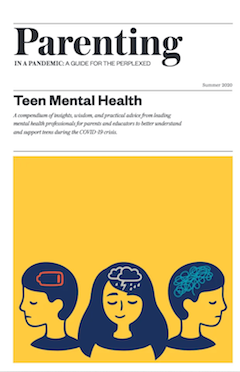 “This is an area where Jewish wisdom informs the professional world and answers a real need. The challenge with mental illness, chemical imbalances aside, is often a result of a build-up of crisis, where a person has one crisis and another … their experiences compound, [they] have trouble envisioning a future, finding hope.… They have trouble with self-esteem, with feeling confident about life, and with finding meaning and purpose in life. These are all areas that Jewish wisdom addresses in a real way, giving people a framework within which they can find meaning and purpose.”

JLI’s international program is called My Life is Worth Living. In the Metro Vancouver area, they run the program called Project L’Chaim (“To Life”), a suicide prevention project sponsored by the Diamond Foundation in memory of Gordon and Leslie Diamond’s son Steven, whose Hebrew name was Chayim.

“We use the already existing infrastructure to educate those on the frontlines who are interfacing with teens and youth – training them to become more professionally equipped to be able to support the emotional needs of the teens in their care,” explained Abraham.

“From 2007-2017 in the U.S., there’s been a 56% rise in teen suicide. This is despite all the efforts and energies being invested in this area. This is an issue that’s getting worse and isn’t yet contained – this is in the general (not Jewish-specific) population.… There’s definitely a greater need for mental health support now than there ever was before.

“And, especially now, with COVID-19, all of this is being exacerbated. To put things into perspective, only about 10% of those who need mental health treatment get it. Even then, it’s with an average delay of 10 years between the onset of symptoms and the first treatment, according to the National Institute of Mental Health.

“Stigma is a big enemy to mental health treatment. No one wants to be labeled with a mental health diagnosis and carry that around with them for life. That stigma gets in the way of people getting the help they need.”

JLI’s approach is not clinical, but is supported by a clinical advisory board that includes Thomas Joiner, author of Why People Die by Suicide and other books on understanding why people commit suicide; Jonathan Singer, president of the American Association of Suicidology; University of British Columbia suicide expert David Klonsky; director of suicide prevention for New York State Dr. Sigrid Pechenik; Madeline Gould from Columbia University; and Jill Friedman from the American Foundation for Suicide Prevention.

“We provide professional training to those teen-interfacing adults; training that takes many forms,” said Abraham. “They learn to identify warning signs to the risk, to create a safety plan and to intervene when necessary. They learn what resources are available and what to do in various scenarios. They’re trained to be first responders. And they can isolate and help teens in the most critical situations.

“We also engage teens in group discussions, about underlying issues that are conversations for everyone – about self-esteem, hope, finding purpose and meaning in life, coping mechanisms to deal with challenges, and so on. These are conversations had outside of the mental health framework, so as to avoid stigma.”

In the Vancouver area, JLI has connected with many Jewish organizations and doctors’ offices.

“Our goal is to put it in the hands of every parent in the Greater Vancouver area,” said Abraham, who is a father himself. “It’s a compilation of 14 articles from leading youth mental health professionals, mostly from the Jewish world … to provide support to parents, so they can support their teens during these difficult times.

“The booklet gives insight to what’s going on for teens in the mental health realm and provides a lot of practical tools. The most frequently mentioned idea in the booklet is that famous line from the safety announcement on airplanes – putting on your oxygen mask first, and then helping others. People need self-care first.

“Youth, particularly teens, are social beings needing social interaction to thrive. Many don’t have this right now due to COVID-19 restrictions. Also, youth need clarity, something they can depend on … so parents need to know how to create an open channel of communication for teens to feel safe to discuss their feelings.

“The number one hope is that parents will become more aware of what their teens are going through…. Lastly and most importantly, is that they gain some tool/ideas to help them support their teens through this.”

Visit myjli.com/index.html?task=parenting for more information or to order the booklet.

“This is just the first step of many that will be coming out,” said Abraham. “We’ve already run multiple professional trainings and we hope to do many more. This is a beginning of a big, multi-year project.”