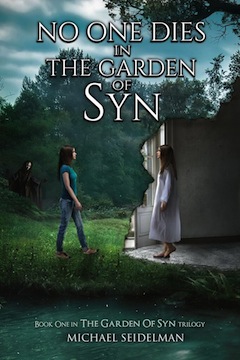 The Jewish Museum and Archives of British Columbia is currently researching an exhibit on the Jewish community in the Oakridge area. (photo from Gail Dodek Wenner)

Oakridge was for many years the heart of the Vancouver Jewish community. First opened for development in the 1940s, the new residential neighborhood was attractive to young families seeking suburban living only a short drive from downtown.

Many Jewish families had previously made their homes in Strathcona, Mount Pleasant and Fairview. With the economic boom of the postwar era, many achieved financial success and, with it, the opportunity to move to the comfort of Oakridge. Jewish community institutions followed, most notably with the construction of the new Jewish Community Centre, which opened in 1962.

Today, the neighborhood still holds a warm place in the hearts of many. For this reason, the Jewish Museum and Archives of British Columbia has been working to develop an online exhibit celebrating the heyday of Jewish Oakridge. Making use of numerous oral history interviews, this exhibit will share the recollections of community members, and aim to provide a comprehensive picture of this era in our community’s history. A new series of interviews are currently underway, filling in gaps in previous research.

Under the supervision of the JMABC’s exhibition development team, made up of coordinator of programs and development Michael Schwartz and archivist Alysa Routtenberg, two volunteers are undertaking this series of interviews.

Junie Chow has volunteered for the JMABC for almost a year now, and recently produced the online exhibit Letters Home. Drawing upon the Seidelman Family fonds, the exhibit shares the letters written by Pte. Joseph Seidelman to his family at home in Vancouver as he fought on the frontlines of Vimy Ridge and Passchendaele during the First World War.

The second volunteer, Josh Friedman, brings to the project his training as a recent alumnus of Indiana University graduating with a BA in Jewish studies and political science. New to Vancouver, Friedman is excited about discovering how the Jewish community in Oakridge reflected similar and different perspectives to trends in North American Jewry during the 1940s-1960s.

Listening to earlier rounds of interviews, essential themes have appeared. These include the initial motivations for moving to Oakridge, the overwhelming sense of community among residents, and even the eventual reasons for moving out of the neighborhood. However, through this process, new questions have also emerged and are guiding the ongoing research. For instance, how did the local community react and respond to world events affecting Israel and international Jewry? Acknowledging that Oakridge is a multi-ethnic neighborhood, the team is seeking insight into the types of relationships that existed between non-Jewish and Jewish neighbors. All of the results will be shared in the forthcoming exhibit.

Currently online are the exhibits Letters Home and New Ways of Living: Jewish Architects in Vancouver, 1955 to 1975 (see jewishindependent.ca/the-west-coast-style). As well, the JMABC has launched On These Shores: Jewish Pioneers of Early Victoria, which traces the early foundation of the Victoria

Jewish community from their arrival in 1858 to the establishment of Congregation Emanu-El in 1863, and Sacred Sites: Dishonor and Healing, which reflects on Victoria citizens’ response to the desecration of the Jewish cemetery there in 2011, and places this incident in context among other similar events elsewhere. Sacred Sites was produced through a partnership between the JMABC and the University of Victoria.

To visit all the online exhibits, go to jewishmuseum.ca/exhibit.