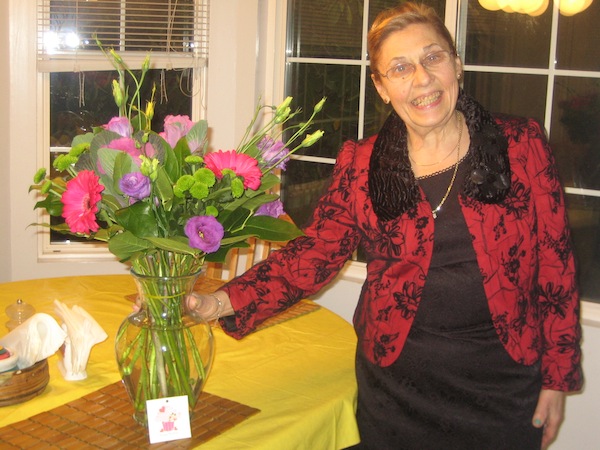 The Noah’s Ark Project began in 1997 as a response to the B.C. law stating that a newborn may only be discharged from a hospital in a regulation, rear-facing infant car seat. (photo from JWI-BC)

The Noah’s Ark Project, a Jewish Women’s International-BC (JWI-BC) program that supplies regulation, rear-facing infant car seats and essentials for newborns to 14 major British Columbia hospitals and other family agencies, is celebrating its 18th year of providing this essential service to needy families in the province.

Noah’s Ark began in December 1997 as a response to the B.C. law stating that a newborn may only be discharged from a hospital in a regulation, rear-facing infant car seat. The law negatively affected families who could not afford to purchase them. Since the car seat requirement did not apply to taxis, hospital social work departments were obliged to provide these families with taxi vouchers or coupons to transport newborns home without car seats.

However, hospital staff were dismayed at the lack of safety for an infant riding without a car seat in a taxi on their first trip home, as well as the likelihood of riding in a parent’s lap in the future. They were also aware that non-driving single moms without infant car seats would likely be unable to accept transportation offers from family or friends without putting the baby at risk, each and every trip.

In response to this situation, a volunteer program was started in 1997 by Isabelle Somekh to provide nearly new rear-facing infant car seats to St. Paul’s Hospital’s social work department. These rear-facing infant car seats were allocated to working-poor parents, refugees and single parents of newborns at the hospital’s maternity centre. In November 2000, the Noah’s Ark Project was taken on entirely by members of JWI-BC, as one of their many service projects.

Barbara Lucas, a social worker at B.C. Women’s Hospital, said of the program, “B.C. Women’s Hospital and Health Centre delivers 7,000 babies a year and we want them to stay safe after they leave the hospital. We appreciate the wonderful generosity of Jewish Women International-BC for donating hundreds of infant car seats over the years so that families in need can bring their babies home safely.”

Debbie Rootman is a member of the basic resources team and coordinator of the Lower Mainland’s Jewish Food Bank, which is co-funded by Jewish Family Service Agency, JWI-BC and donors from the community. She said, “We are grateful for the assistance received from Noah’s Ark – 2015 was an extraordinary year for pregnant clients and JFSA requested and received many nearly new items to assist these new mothers in the community. Noah’s Ark has provided essentials such as a new crib mattress, cuddle cloths, newborn diapers, sleepers, complete layettes, strollers and infant car seats. All we had to do was ask. It is very much appreciated to have this partnership to support us.”

Since the services that are provided by JWI-BC’s Noah’s Ark Project depend on community support and grants, cheques or Visa donations are appreciated to keep this vital service available for all who depend on it. Donations can be mailed to Jewish Women International-BC, c/o 106-7580 Columbia St., Vancouver, B.C., V5X 4S8. Donations over $18 receive tax receipts.

For more information on the rear-facing infant car seat program, call 604-838-5567 and leave a message for Somekh, the Noah’s Ark Project chair, or e-mail [email protected].