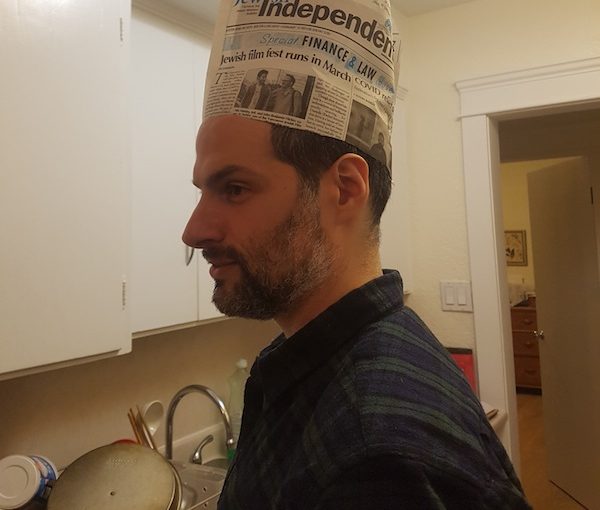 Aaron Dewitt put the Feb. 12 issue of the Jewish Independent to good use on Purim – after reading it from cover to cover, we trust. (photo by Rahel Halabe) 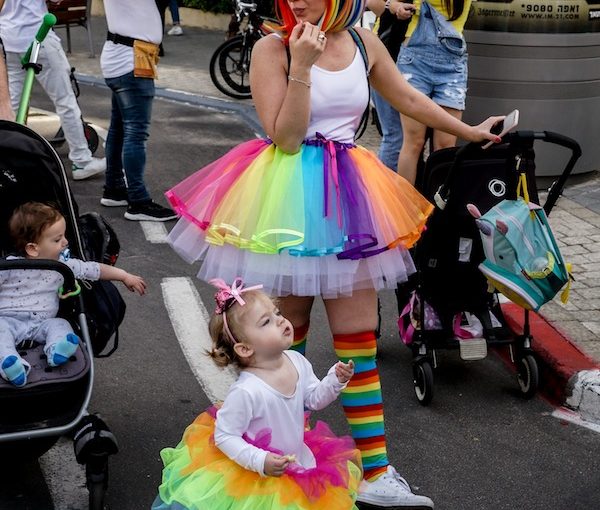