Wells Hill has its world première Nov. 24-26 at DanceHouse. (photo by David Cooper)

“What does it mean to imagine a world where we are not connected all the time?” This is just one of the many questions choreographer (and Jewish community member) Vanessa Goodman is exploring in Wells Hill, which has its world première Nov. 24-26 at DanceHouse.

Goodman is artistic director of the dance company Action at a Distance. Wells Hill was commissioned by Simon Fraser University’s Woodward’s Cultural Programs (SFUW) and is co-presented by DanceHouse and SFU’s School for the Contemporary Arts. It is a Celebrate Canada 150+ event, but its genesis goes back a few years.

“In early 2014, SFU’s Michael Boucher and I were out for coffee discussing my work,” Goodman told the Independent. “At the time, I was planning what I was going to present at the Chutzpah! Festival in 2015. In our conversation, I shared the anecdote that I grew up in philosopher Marshall McLuhan’s former family home [on Wells Hill Road] in Toronto and that Glenn Gould would sometimes visit. As two towering figures in 20th-century Canada, the idea of being a fly on the wall during their conversations was fun to imagine. Michael helped me recognize the seeds for a piece in this story, and has since supported its creation and production through SFUW.”

In creating Wells Hill, Action at a Distance collaborated with a team including composers Loscil (Scott Morgan) and Gabriel Saloman, lighting designer James Proudfoot and projection artists Ben Didier and Milton Lim. The promotional material notes that, in the work, seven dancers “splice together themes of technology and communication.”

“In Understanding Media, McLuhan stated that different media invite different degrees of participation on the part of the person who consumes it,” explained Goodman. “For me, this draws parallels to consuming dance and is one of the themes I explore in the piece. McLuhan divided media consumption into two categories: hot and cool. Hot media consumption requires the viewer to intensify the use of one single sense and is called ‘high definition.’

“McLuhan contrasted this with cool media consumption, which he claimed requires more effort on the part of the viewer to determine meaning due to the minimal presentation of detail. In these cases, a high degree of effort is necessary to fill in the blanks in areas where the information is obscured. It demands much more conscious participation by the person to extract value and meaning. This type of consumption is referred to as ‘low definition.’ When applied to dance, the audience would be required to be more active here, which includes their perceptions of abstract patterning and simultaneous comprehension of all the working parts.

“In this work,” she said, “I apply hot and cool media consumption to crafting the material and finding authenticity within the embodiment of the performers. While I still believe that the audience needs an entry point into the work to become invested, I am interested in defining the hot and cool medium consumption in my staging, demanding the viewer work through their high and low definition comprehension. I am interested in the interplay between hot and cool as a continuum: where they are measured on a scale and also on dichotomous terms.”

Wells Hill isn’t about raising or answering any specific questions, she said, “as much as it is about observing and interpreting some of McLuhan and Gould’s fascinating ideas. In making this work, I kept coming back to the Douglas Coupland quote, ‘I miss my pre-internet brain.’ What does it mean to imagine a world where we are not connected all the time? In some ways, it’s comforting to be plugged into this collective human mass. On the other hand, there is an anxiety linked to this relationship and violence associated with this ceaseless bombardment of data. As McLuhan predicted, technology has become an extension of our nervous system. This is why I feel dance is such an incredible medium to explore these ideas: at its core, human movement is neuromuscular connectivity. I have developed movements with my collaborators that are derived from tasks from our physical reactions to technology: from our Pavlovian responses to messages and social media notifications to the deeper impact on our attention spans while we’re connected. I want to capitalize on both the order that we receive information in and the chaos it can create.”

In response to a question about what McLuhan and Gould each offer by way of the content or structure of Wells Hill, Goodman said that the sound score “is heavily influenced by the history of the house.”

She said, “Eric McLuhan, Marshall’s eldest son, told me that Gould would often come to the home for visits, where he would discuss media, performance and art with his father. Gabriel Saloman and Scott Morgan, both incredible composers that I have been collaborating with over the past few years, have each composed pieces of the music for Wells Hill. They have incorporated audio samples of both McLuhan and Gould speaking about their theories. This adds an interesting entry point to the ideas that inspired Wells Hill. The house has a rich past that has been documented through the written form but has never been explored performatively. I am drawing from this story for the staging of this work, which creates an environment and historical context for the non-linear story arc.”

Wells Hill is at Fei and Milton Wong Experimental Theatre, SFU Goldcorp Centre for the Arts, on Nov. 24-25, 8 p.m., and Nov. 26, 2 p.m. In conjunction with the show, there are a few community events. Speaking of Dance Conversations on Nov. 21, 7 p.m., at SFU Goldcorp Centre for the Arts (free), is a community roundtable conversation around McLuhan and the Global Village, led by moderator Richard Cavell, founder of UBC’s Bachelor in Media Studies program and author of McLuhan in Space: A Cultural Geography, and guest speakers. There are also pre-show chats Nov. 24-25, at 7:15 p.m., at the centre, and a post-show social on Nov. 24. Tickets and more information can be found at dancehouse.ca or by calling 604-801-6225.

Reflecting on Canada 150, Shimon Koffler Fogel, chief executive officer of the Centre for Israel and Jewish Affairs (CIJA), recently wrote in the Globe and Mail, “Surely marking 150 years as a united confederation means more than just an extravagant party and a day off work?… Canada 150 is an opportunity to appreciate the privileges and benefits we enjoy in our great country. But these reflections risk becoming mere platitudes if they are not animated with positive action. With privilege comes responsibility. Canada 150 is a moment for each of us to consider how we can pay the great gift of being Canadian forward through tangible contributions that enhance the experience for all who call Canada home.”

As someone whose family has been in Canada since the late 1700s, these words resonated with me. Indeed, my own ancestors were among Canada’s first refugees: Loyalists who had supported and fought for the British in the American Revolution.

In my case, the Lyon family (my father’s mother’s family) were Connecticut Loyalists who lost everything because of their active service to the Crown. Passionate supporters of the British way of life and system of government, they fled to New Brunswick bereft of their possessions. In their new home, unfamiliar but welcoming, they turned their efforts to building the extraordinary country that would become Canada.

The legacy the Loyalists left – combined with the work of generations of Canadians from innumerable backgrounds – was poignantly felt on the 150th anniversary of Confederation. Today, Canada is the envy of much of the world. While Canada is not perfect (what nation is?), we enjoy greater freedom, security, social harmony and prosperity than perhaps any other country on the planet.

More than anything, our forebears taught us that, as with most good things in life, a remarkable country doesn’t just happen; it is the product of vision, values and hard work. This no less true today than it was in 1867. The country my children inherit will be made better or worse by the actions (or inaction) of my own generation.

It was in that vein that Shimon continued, in his Globe and Mail column, to present a Pledge 150 challenge to all faith communities:

“The challenge is straightforward. We ask every church, temple, mosque and synagogue to commit to undertaking 150 positive deeds that make Canada better tomorrow than it is today: 150 volunteer hours visiting the elderly, 150 new donations to community food banks, 150 new Canadian Blood Services donations, 150 hands extended to indigenous communities. The list of concrete opportunities is as limitless as the need for them.”

What better way to teach our children what it means to be Canadian than to do something tangible to make our country a better place?

At the same time, the Pledge 150 approach requires us to be thoughtful, organized and sustained in our contribution. Based on the premise that we are changed through repetition, the great Jewish philosopher-rabbi Maimonides noted that it is better to undertake many individual acts than one large act of giving. The process of giving not only benefits the recipient but, when adopted as a conscious habit, it also creates a mindset of generosity in the donor.

If you, your family or your synagogue are interested in taking part, I invite you to visit pledge150.ca for more details – and to connect with us to share your pledge ideas with others. As for me and my family, we have pledged to collect 150 items of clothing over the year to donate to those in need. By encouraging our young children to be part of the effort, we share with them the importance of helping those less fortunate – a value at the heart of Jewish tradition and Canadian civic values.

Steve McDonald is deputy director, communications and public affairs, at the Centre for Israel and Jewish Affairs, the advocacy agent of Canada’s Jewish federations. 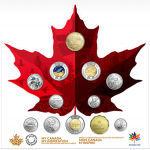