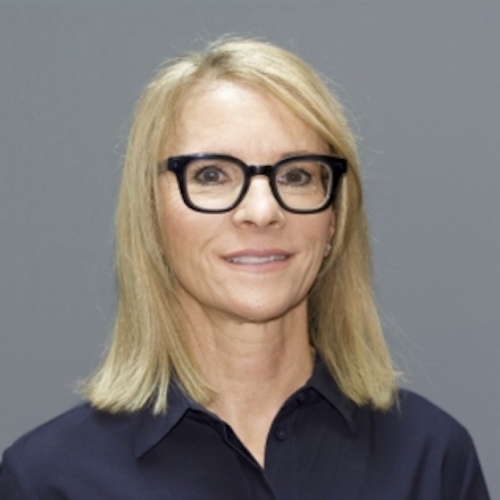 The Jewish Seniors Alliance of Greater Vancouver’s annual general meeting took place on Sept. 23, with a few board members in the sukkah at Congregation Beth Israel and many others participating on Zoom.

Gyda Chud, co-president of JSA, welcomed everyone, acknowledging that the meeting was taking place on unceded Indigenous territory and expressing hope in the moving forward of truth and reconciliation. She also called for a moment of silence for JSA supporters who had passed away during the past year.

This being the second year that JSA members were unable to celebrate together with a dinner and the recognition of volunteers who have contributed to the well-being of older adults, Chud expressed the wish that, next year, we would all be able to break bread together.

Rabbi Adam Stein, associate rabbi of Beth Israel, who is on the board of JSA, said the blessing for sitting in the sukkah and spoke about Sukkot. Pointing to the different parts of the lulav and etrog, he said the myrtle could be compared to an eye, the willow to a mouth, the palm to a human body and the etrog to a heart. This personifies the work of JSA and its volunteers, he said, helping them physically and spiritually, to be seen (myrtle), to be heard (willow), to stand up tall (palm) and to have heart in all they do.

The minutes of the past meeting and the agenda for the present meeting were accepted. Treasurer Alan Marchant presented the financial report, prepared by J. Stein & Associates, noting that the wage subsidies from the government had been helpful.

Larry Shapiro, JSA co-president, presented the presidents’ report. JSA continued to deliver services in spite of the difficulties of COVID, and re-organized as necessary, he said.

He and Chud look forward to a third year of working together, Shapiro added, and he thanked the board, staff, committee chairs and all of JSA’s supporters for their work.

The chairs of the various committees then presented their reports, which are available in full on the JSA’s website, jsalliance.org.

The report of peer support services, which is chaired by Rita Roling, was presented by Chud. All of the services had to be delivered by phone or online. Staff were trained on Zoom so that weekly webinars for volunteer development could be provided. Peer services also held three picnics in the park, as an outdoor barbecue. Margot Beauchamp was thanked for the quality assurance reports to Vancouver Coastal Health.

Tammi Belfer spoke for the communications committee. She thanked Rochelle Garfinkel, Jenn Propp and Liz Azeroual for their help in producing a monthly newsletter with the goal of informing and educating the community of the ongoing work of JSA.

Lyle Pullan then reported for the membership committee. JSA has 550 supporters, he said, as well as 146 life members.

In discussing the fundraising, Serge Haber emphasized the help that various foundations have given to JSA over the years.

I gave the report for the program committee. As in past years, this committee is once again co-hosting the Empowerment Series with other seniors organizations in the community. This year, the theme is “Be Inspired.” The committee also puts on two forums, one in the fall and one in the spring.

Editor Dolores Luber noted that Senior Line is now a 40-page magazine, completely written by volunteers. She thanked Propp for her graphic design work and all of the writers and readers. Anyone can sponsor a page in the publication, she said.

Tony DuMoulin of the advocacy committee highlighted the paper they produced on long-term care, as well as the all-candidates meeting that JSA co-sponsored with a number of other seniors groups. He thanked Beauchamp for her work with the committee. And one of the committee’s initiatives for the coming year – a seniors advocacy council to combat ageism – was put to a vote and the resolution passed.

This was followed by the nomination committee’s report, presented by Ken Levitt. Motions to fix the number of directors at 21 for the coming year and approve the nomination slate were passed.

A short video about the peer support program concluded the meeting, which was organized by Tamara Frankel and Tammi Belfer, with technical support from Marchant and other help from JSA staff.

Shanie Levin is program coordinator for Jewish Seniors Alliance and on the editorial board of Senior Line magazine.