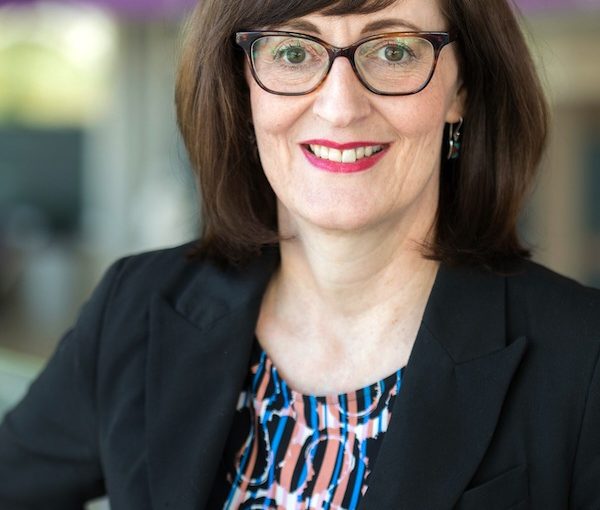 Dr. Patricia Daly, the chief medical officer for Vancouver Coastal Health, provided an illuminating but discouraging perspective on the status of women in leadership positions in medicine during a National Council of Jewish Women of Canada webinar Oct. 14.

A familiar media presence in Metro Vancouver since the COVID-19 pandemic hit earlier in the year, Daly touched upon the history of women in medicine in Canada and their underrepresentation at board tables and in positions of authority.

Daly, who is also a clinical professor at the University of British Columbia’s School of Population and Public Health, pointed out that, at the time she graduated from medical school in the mid-1980s, one in three students were women. “I am at the stage in my career where physicians would traditionally be in leadership positions,” she said. “Yet, when I look around the tables where I sit, I don’t see one-third of those leaders as women, and I don’t see leadership reflecting the current reality that most students are now women.”

By 1995, there were more women entering medical school in Canada than men. By 2018, 63% of the student body nationwide was female. Nevertheless, only two of 17 Canadian medical school deans were women in that year and the Canadian Medical Association board was comprised of 20 men and six women.

Some of the theories put forward as to why there is a lopsided domination by men in positions of leadership include “unconscious biases” against women, family demands and a confidence gap between the genders, said Daly.

In the Vancouver Coastal Health region, just over 40% of doctors are women, reflective of the national average. Still, she said, fewer than 20% of all VCH leadership roles are filled by women, and that percentage decreases at more senior levels.

Recommendations of how to address this problem encompass leadership training, mentorship opportunities for young female employees and the creation of structures that would incorporate, among other things, the provision of childcare.

“We need to think about how we can support women (and men) who want a work-life balance so that they can advance in their careers and they can achieve leadership roles,” she maintained.

Daly then went into a wide-ranging overview of public health, a field with the mandate of improving the health of entire populations – through prevention of disease and injury, promotion of good health, and protection from potential harms.

Among public health’s many achievements in the past century are vaccinations, family planning, motor vehicle safety, healthier foods, control of infectious diseases, fluoridation of drinking water, safer workplaces and recognition of the hazards of smoking. Recent areas of focus in public health have been climate change and the prevention of substance abuse.

According to information provided by Daly, the average lifespan of Canadians has increased by 30 years since the 1900s, much of which can be attributed to advances in public health.

She added, “A lot of the work we do is centred on maternal-child health. In order to maximize someone’s health potential, we need to start in early childhood; in fact, in utero. Brain development is most important in the first two to five years of life. About 80% of our resources, including public health nurses, are focused on early childhood, supporting women to have healthy pregnancies, to help vulnerable mothers and for childhood immunizations.”

Public health also works on what is known as the “social determinants” of health, said Daly. These include levels of education and income, social connections and risk behaviours, i.e., diet, exercise and smoking.

“People living in poverty are at much greater risk of illness and disease, as well as injuries, despite universal healthcare,” she said. “The goal of public health is to reduce these disparities and bring the system towards one of health equity.”

The third part of Daly’s lecture was about public health and how it handles pandemics. In 1918, Vancouver’s chief medical officer, Dr. Fred Underhill, had to deal with the deadly outbreak of the Spanish flu. (The photos presented at the lecture from at that time showed an exclusively male and Caucasian medical leadership.)

COVID-19 has been Daly’s primary focus for the past eight months. As is broadly known, public health policies during the current pandemic have focused on the need to isolate cases and contacts for 14 days until a person is non-infectious; restrict travel; limit public gatherings; encourage people to physically distance; and have physicians provide virtual care when possible.

“Having access to tests is an important public health measure,” said Daly. “The single most important intervention is to isolate people who test positive and to identify their close contacts and quarantine them. We are fortunate that COVID-19 has a long incubation period. If we can identify cases, then, even if they get sick, they are not going to pass the virus onto others.”

She warned, “Despite the relatively draconian measures taken, we are not going to stop this virus without a vaccine.”

Daly also brought up some of the unintended consequences of the pandemic response, such as the growing number of overdose deaths, increased social isolation in long-term care facilities, suspended elective surgeries and the effects on the broader economy.

She concluded, “The good news is that vaccine development is very promising.”