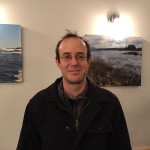 Five years ago, Vancouver set the goal of becoming the greenest city in the world by 2020. According to the 2014/15 update to the Greenest City 2020 Action Plan, as well as research being conducted at the University of British Columbia in collaboration with Ben-Gurion University of the Negev, there is a long way yet to go.

Nonetheless, Dr. Meidad Kissinger told the Jewish Independent, “I really like Vancouver. It’s, in a way, a second home.”

Kissinger is the head of the Negev Centre of Sustainability and a faculty member in the department of geography and environmental development at BGU. He completed his PhD in urban and regional planning at the School of Community and Regional Planning at UBC and returned last summer for a research leave that continues to this coming summer.

“UBC is a great place … there is a lot of interest in issues that I am engaged with around sustainability science and ecology economics,” he said. In addition, “it was important that the family would decide where to go, and Vancouver felt comfortable.”

Not needing to teach or focus on other administrative tasks while he’s here, Kissinger said, “My time here is focusing on research. My own goals are reading a lot, thinking a lot, writing a lot.” He is working on a book while at UBC, as well as engaging in projects with colleagues here.

Kissinger is also researching urban “metabolism,” which “looks at the flow of resources into a city and looks at the city as a living organism, and asks questions of what is being consumed, who is consuming it and what is being emitted,” he explained.

He is also studying interregional sustainability, which considers sustainability from a global perspective. “Any country, including a huge country like Canada, depends on resources from other [places],” he said, giving the example of Canadian food consumption (mostly vegetables and fruits) from California. “When looking at the world from an interregional level,” he said, “you understand that there are linkages between the tomato that you are eating here to the drought in California. These are kind of the interactions. It’s common sense.”

The problem is, he said, “We don’t take these things into account and we don’t measure them.” He did acknowledge, however, that there is an “increasing understanding that we need to look at interactions between the human system and the natural system.”

Using 2006 data, Kissinger and colleagues Jennie Moore and William Rees of UBC’s School of Community and Regional Planning applied interregional analysis to Vancouver’s “metabolism” to see whether there was validity to Vancouver’s claim that it is the greenest city in the world. “Now, we haven’t completed research yet,” he said, “but I suspect that what we will find is that maybe there are some incremental improvements in certain parts but when you are looking overall, the metabolism of this region has just continued to increase over the years. So, there is a major gap between the political arguments and what actually the research tells us.”

“Urbanization has both positive and negative environmental implications,” write the three colleagues in the Journal of Environmental Management (2013). “On the one hand, cities are nodes of consumption that depend utterly on a constant flow of materials and energy from around the world in order to function…. On the other hand, the economies of agglomeration (lower costs due to proximity of related activities) and the economies of scale (lower costs due to higher volumes) associated with the city’s high population density and concentration of economic activity contribute to a significant ‘urban sustainability multiplier.’… Furthermore, the sheer wastefulness of many cities implies major opportunities for energy and material conservation. It follows that, in the 21st century, cities are an appropriate focus for research into ecologically necessary, socially acceptable and politically feasible ways of reducing the overall human load on the world’s ecosystems.”

In analyzing Vancouver’s “bottom-up ecological footprint,” the study examined the “energy and material consumption using locally generated data” on areas such as water, food, transportation and buildings. It found Vancouver’s total ecological footprint in 2006 to be “an area approximately 36 times larger than the region itself.”

Kissinger explained to the Independent in an email that his research largely culminates in “analyzing the socio-biophysical systems and what authorities/institutions at different scales can do” to reduce the ecological footprint. On a personal level, people need to consider their consumption in general, he said, “and particularly of food, with emphasis on minimizing animal products.”

Research collaboration such as that of Kissinger at UBC is rare. “There is hardly any Canadian-Israeli research collaboration,” he said. “Very different from what you have between Europe and Israel, between the U.S. and Israel. Even between China, India and Israel, there is more than what you have between Canada and Israel, which is … something that needs to be changed. Saying that, again, I’m working this year with Canadians, here in this part of the world, and with colleagues in Toronto, and so I do find that it is possible and I like to work with Canadians.”

The reason for the relative lack of collaboration is largely financial, said Kissinger. It has nothing to do with factors such as the boycott, divestment and sanction movement against Israel, for example.

He added, “It’s one thing to put pressure on Israel to change policy, and I wish this is something that hopefully will be done. It is a different thing to do what BDS is doing…. I don’t think this is the way.”

He tried to explain how such actions are seen from the Israeli side. “I guess it happens to any society when it feels that it’s being attacked, it’s being under pressure from outside,” he said. “It [tries] to push the pressure away and at least appear unified and I think it is very natural.… So, when you are looking at Israeli media … it will try to resist [external pressure] and try to show how everyone is against us, instead of reflecting inside and looking at what is wrong with what we are doing. This is kind of the other side of this external pressure. It’s complicated.”