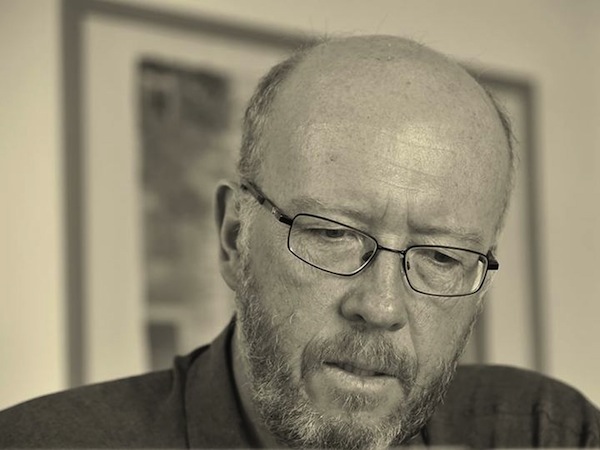 A Polish court’s ruling that a Canadian Holocaust scholar must apologize for tarnishing the memory of a wartime mayor in Poland continues to reverberate around the world.

The case is being condemned by Jewish organizations and historians as an attack on free academic inquiry. Scholars warn the ruling could further chill an already touchy area of research: the role played by Poles in the murder of Jews in Nazi-occupied Poland.

In a long-awaited ruling on Feb. 9, a civil court in Warsaw ordered two prominent Holocaust scholars to apologize to an elderly woman who claimed they had defamed her late uncle over his wartime actions.

Prof. Jan Grabowski, an historian at the University of Ottawa, and Prof. Barbara Engelking, a sociologist and founder of the Polish Centre for Holocaust Research, were accused of defaming Edward Malinowski, the wartime mayor of Malinowo, a village in northeast Poland, by suggesting in a book that he delivered several dozen Jews to Nazi occupiers.

The professors were ordered to apologize for a passage in Night Without End: The Fate of Jews in Selected Counties of Occupied Poland, a two-volume work they co-edited, which the court said “violated Malinowski’s honour” by “providing inaccurate information.”

The court declined a demand for monetary damages of 100,000 Polish zlotys (about $34,000 Cdn) but ordered the scholars to apologize to Malinowski’s niece, 81-year-old Filomena Leszczynska, who brought the case; publish a statement on the website of the Centre for Holocaust Research; and correct the passage in any future edition.

Leszczynska had argued that her uncle had actually aided Jews and was acquitted of collaboration in 1950.

Grabowski, whose father survived the Holocaust, called the outcome “a sad day for the history of the Holocaust in Poland and beyond Poland. I have no idea what will be the consequences as well as the implications of this trial. But I can say for certain this thing will be studied for a long time by historians,” he told the Globe and Mail.

Prior to the verdict, he warned that, if the lawsuit were successful, “then basically it will mean the end to the independent writing of the history of the Holocaust in Poland.”

The professors were sued under a Polish law allowing for civil action against anyone claiming that the Polish nation or state was responsible for Nazi atrocities. The law was amended in 2018 to drop plans to criminalize the offence.

In her ruling, the judge said the decision “must not have a cooling effect on academic research,” but that is how it is being perceived.

As a senior tenured professor, the verdict, Grabowski conceded in a Postmedia interview from Poland, is “unpleasant. But, imagine you are a 25-year-old graduate student of history. Do you think you’re going to embark upon discovery of difficult history? I don’t think so.”

Grabowski and Engelking said they will appeal the ruling.

Mina Cohn, director of the Centre for Holocaust Education and Scholarship at Carleton University in Ottawa, called the campaign against Grabowski and Engelking “ugly.”

She said that, as daughter and granddaughter of Holocaust survivors with roots in Poland, “I find this blatant attempt by the Polish government to reject the reality of inherent antisemitism within Polish society before and during the Holocaust, and to discredit survivors’ testimonies, very offensive.”

For Prof. Piotr Wrobel, a specialist in Polish history at the University of Toronto’s Munk School of Global Affairs, the case is an example of the current Polish government’s attempt to control the historical record.

“They try to shape the ‘official’ version and persecute people who do not share [it],” he told The CJN. “This is very sad.”

It was “very clearly” the intention of those behind the lawsuit “to freeze scholarly research into the Holocaust. This was supposed to be a warning. Young people should remember this. If your opinions [and] historical interpretations are different than the official ones, then do not touch the Holocaust,” Wrobel said. “There is a choice between comfort and truth.”

In a statement on Feb. 10, the University of Ottawa offered its “unwavering support” to Grabowski and his “widely respected” Holocaust research. The university called the verdict “unjust.”

“Prof. Grabowski’s critical examination of the fate of Polish Jews during World War II shows how knowledge of the past remains vitally relevant today,” said university president Jacques Frémont. “The impact his work has had in Poland, and the censorious reaction it has generated, demonstrates this truth.”

In Israel, the Yad Vashem Holocaust memorial and museum decried the ruling as “an attack on the effort to achieve a full and balanced picture of the history of the Holocaust.”

Even before the verdict, David Silberklang, a senior Holocaust historian in Israel, said the libel case intended for the two scholars to be “sued into submission.”

The decision “damages an open and honest coming to terms with the past,” said Gideon Taylor, president of the Conference on Jewish Material Claims Against Germany, which sponsors historical research on the Holocaust.

Taylor said Poland “must encourage open inquiry into its history, both the positive and the negative aspects.”

Canadian historian Frank Bialystok, who has written extensively about the Holocaust, sees the verdict against Grabowski and Engelking as a flipping of political extremes in Poland.

The murder of Jews in Poland, even after the war, was documented at the time. “This research was acceptable during the communist era as a weapon against nationalism,” said Bialystok. Now, the two professors are being “vilified” by the nationalist camp.

Friends of Simon Wiesenthal Centre said the ruling could have “a devastating impact on Holocaust research and education.” The organization said it is reaching out to senior government leaders, urging them to speak out against “Holocaust distortion in Poland.”

The American Historical Association went so far as to write Polish President Andrzej Duda, saying “a legal procedure is not the place to mediate historical debates” and urged Polish leaders to “uphold the rights of historians to investigate the past without legal harassment and with no fear of reprisals for making public their historical- and evidence-based findings.”

In 2018, Grabowski announced he was suing the government-funded group that backed Leszczynska’s libel case for allegedly libeling him. He claimed that the ultranationalist Polish League Against Defamation had itself defamed him by questioning his findings about the complicity of Poles in the wartime murder of Jews.

This article originally was published on facebook.com/TheCJN. For more on Prof. Jan Grabowski, see jewishindependent.ca/revealing-truth-elicits-threats.