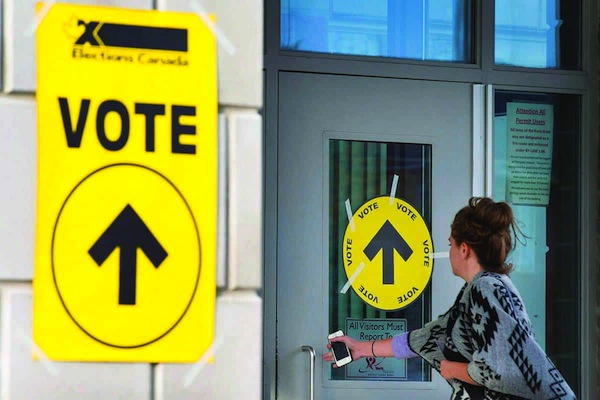 A federal election has been called, with the last voting day on Sept. 20, erev Sukkot. While the final day to vote does not fall on a High Holiday, the timing will have implications for Jewish Canadians.

Over the last few months, the Centre for Israel and Jewish Affairs (CIJA) has communicated to Prime Minister Justin Trudeau, many members of Parliament and Elections Canada its concerns about an early-autumn federal election potentially conflicting with the High Holidays. It will continue to work with Elections Canada to protect democratic participation for all Jewish Canadians.

To help the Jewish community participate fully in Canada’s democracy, CIJA has set up an elections hub, with information and resources on various policy issues and voting locations and dates, at cija.ca/canada-votes2021.

Canada’s 44th Parliament is about to be formed and you can help shape it. The Canadian Jewish Political Affairs Committee (CJPAC) is able to connect Jewish community members with the campaign of their choice and get started.

Unprecedented challenges have dominated the past year and a half. The COVID-19 pandemic has upended all of our lives and the Jewish community has witnessed levels of antisemitism unseen for decades. Hate crime numbers are way up. The aura of anti-Israel sentiment has created an environment that has many feeling unsafe and anxious.

These times of uncertainty, however, are the perfect reason to get engaged and involved. Not just for you, but also for the community.

Elections are happening in 338 ridings across the country, so there is a whole lot of opportunity to get involved in whatever campaign you choose.

There are also many different ways to volunteer, all of which are COVID safe, including in person and from the comfort of your home.