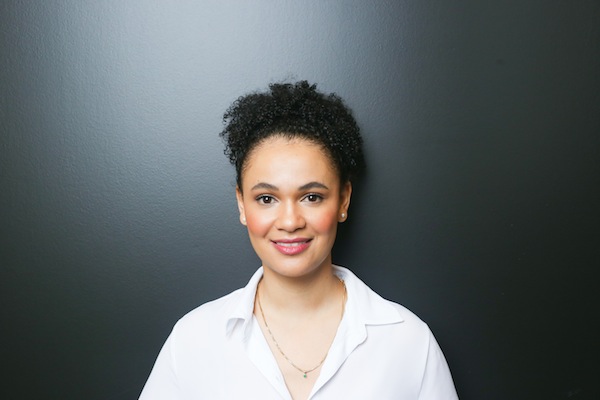 Akilah Allen-Silverstein, a co-founder, with Sara Yacobi-Harris and Daisy Moriyama, of No Silence on Race. (photo from NSR)

Amid a global reckoning around race, a group of Canadian Jews of colour is calling on the community to advance inclusivity and racial equity in Jewish spaces. And rather than generalized good wishes for more equality, No Silence on Race has created nine pillars to guide community organizations through a comprehensive process.

The group emerged at the end of June, when founder Sara Yacobi-Harris and co-founders Akilah Allen-Silverstein and Daisy Moriyama released a letter to the community introducing their work and their nine pillars.

“We are Black Jews and non-Black Jews of colour,” the letter said. “We are Jewish community board members, educators and leaders. We write from a place of love for our Jewish identities and community, while also grappling with the cultural erasure, exclusion and structural racism that we experience in Jewish spaces. Nevertheless, we are compelled to be in Jewish community because it is who we are.”

They began by sending the letter to agency leaders and posting it on Jewish social media and discussion platforms. Organizations circulated it further and began to request meetings.

“We are working to make a change in the culture, recognizing that the Jewish community is multifaceted in identity and making sure there is an awareness and an education around the diversity of the Jewish community,” Allen-Silverstein told the Independent in a recent interview.

In addition to asking individuals and organizations to sign their open letter, the group is asking community agencies to issue statements of their own and commit to the nine pillars.

The nine pillars guide agencies through developing allyship and educational approaches around race, as well as relationship-building. They move from more general approaches to applied processes such as hiring an equity consultant and developing inclusive employment and recruitment policies; creating leadership strategies for Jews of colour in the organization and amplifying their voices. The process is anticipated to evolve over three- to five-year periods. The entire text is easily accessible online at nosilenceonrace.ca.

“We are asking every organization to make a public statement, but, within this public statement, it’s not just about solidarity or signaling that you’re with us or you feel the same,” said Allen-Silverstein. “Our pillars are intentional in that the first three are ‘free’ and we’re very cognizant that it’s COVID right now and a lot of these organizations are just working to keep the lights on. But the first three pillars –allyship and education and relationship-building – these are things that will mostly be individual work. The organization can help facilitate by sending out reading lists, book lists, articles to give people the context, because, if you just run ahead and skip to steps four, five, six, you’re trying to create proposals or rules and guidelines without the context of the education to understand where the issues are, what people of colour have faced for years and their experiences within the Jewish community, and we are not going to be putting together any policies that actually make sense or help.”

No Silence on Race is cautious to express that, in employment and recruitment, the group wants to avoid tokenizing. “Tangible efforts could include mentorship programs for Jews of colour to be groomed for leadership positions,” she said. “We realize that takes time but that should just be done intentionally.”

Working to amplify the voices of Jews of colour, Allen-Silverstein added, means not just expecting Jews of colour to come and share what “for some of us can be very painful and exhausting, to do this for free constantly.”

Allen-Silverstein, a financial planner, is the daughter of an Ashkenazi father from London, Ont., and a mother from St. Kitts in the Caribbean. Jews of colour, she said, can come from intermarriage, but the broad category also includes Sephardim, Mizrahim, Ethiopians “and others who have always been Jews of colour,” she said.

Acknowledging and condemning antisemitic remarks and actions that have come from some prominent African-American athletes, artists and religious figures, as well as some incidents within the Black Lives Matter movement, Allen-Silverstein said the incidents speak to a communication problem.

“It just shows the breakdown between both communities,” she said. “I think, if you look historically, the similarities and the oppression that both communities have faced, we should be allies more than any other two groups. It’s sad. All we can do is honestly be that person who tries to explain it to both sides and that generally happens.”

Amid the hundreds of chapters of the Black Lives Matters movement, she acknowledged, there are some who have expressed extreme ideas. Allen-Silverstein sees two approaches in response.

“Sometimes, it’s noise and we really have to ignore that. One person speaking out and saying something stupid doesn’t mean that everybody else feels that way, and I think we need to be careful not to do that,” she said. The other step is to get to the root of the matter – “Let’s figure out where they’re getting this terrible message,” she said.

There has been forward movement in the fight for racial equality, as well as some backsliding, over many decades. Like others working for racial justice, Allen-Silverstein looks at the current moment with cautious optimism.

“It is inspiring that people are really listening and seem really genuinely interested to move forward, to acknowledge past things that have been done, whether it’s unconscious or consciously as well,” she said, adding that there appear to be more people engaging in the issue. “We are seeing, too, many things that make it very obvious that there was an element of people within the community who just considered these issues not theirs and not something they needed to participate in. That, for us, wasn’t acceptable as people who obviously walk both lines, being both members of that community and the Jewish community.”