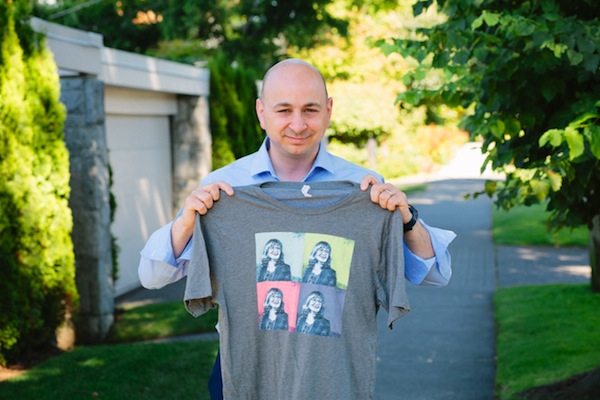 The largest capital project in the history of British Columbia’s Jewish community – the redevelopment of the Jewish Community Centre of Greater Vancouver site – is going ahead as planned, despite the pandemic. This and many other projects are continuing as planned, says Jewish Federation of Greater Vancouver chief executive officer Ezra Shanken, in part because the agency has been preparing for a crisis for more than a decade.

As the Jewish Federation is set to launch the 2020-21 annual campaign, the Independent spoke with Shanken about the achievements and challenges of a year that started out relatively normally and veered suddenly into the utterly extraordinary.

While the COVID-19 crisis wreaked havoc on communities worldwide, and upended 2020 in unpredictable ways, Shanken said that Federation has been prepared for a crisis and that means the community remains in a position of economic and social health. After the 2008 economic recession, the organization launched a multi-year planning and allocations process intended to smooth economic ripples and equip partner agencies with reliable income expectations.

Federation raised $10.3 million this year – $8.9 million through the 2019 annual campaign and $1.4 million in special targeted funds from donors toward specific high-priority community needs such as supplemental education, to expand Jewish Family Services’ food hubs and to increase outreach to suburban and remote Jewish communities. Dr. Jonathon Leipsic was campaign chair. Alex Cristall, Federation board chair, and Shanken, provided a comprehensive overview of the year’s achievements in the 2019-20 annual report, available online at jewishvancouver.com.

When the pandemic struck, Federation launched an emergency campaign to help agencies meet the challenge of providing services to their constituencies while confronting the health crisis and its associated economic implications. The amount raised so far is not being announced, but $505,000 in funding has been released, for services like food and housing supports through JFS; to the JCCGV to help with service delivery; to supplemental and day schools to assist with tuition subsidies and transitions to online learning; for emotional support for seniors through the Jewish Seniors Alliance; and more.

A crisis like COVID, said Shanken, can have unintended consequences in helping communities overcome divisions and work together to reduce duplications of effort.

“Crisis often opens the door for opportunities for collaboration that never would have existed before for myriad political reasons,” he said. “People have far greater clarity around what the big picture looks like when they are in crisis. They are willing to forgo those smaller, often political complications that don’t allow for the advancement of big-ticket projects.”

Programs and projects that were underway before COVID include a Jewish Day School Council, chaired by Hodie Kahn, which began a year ago to undertake a benchmark study on the costs of education for each of the five schools in Metro Vancouver’s Jewish community. The findings of the report are expected to point the direction toward new funding models for Jewish education.

A significant portion of campaign funds support programs abroad, including in Israel, especially in Vancouver’s partnership region, the Upper Galilee Panhandle. A connection with Jews in far-eastern Russia is also enjoying support from Vancouver’s campaign.

The challenges presented by the pandemic brought out the best in the community, Shanken said.

He recalls a phone call he received at the height of the lockdown.

“Somebody called me up one time when we were knee-deep in this thing and said to me, you know, Ezra, if you want to go through a crisis, go through it with the Jewish community, because we do it better than anybody,” he said. “I actually think that there is some truth to that. We really are very, very good at coming together at these critical moments. You see that materializing in the way that our agencies are working together, the way our donors are working together, the way our volunteers are coming now to serve, people are delivering food packages, over 1,300 people are being fed a week, that’s being done on the backs of volunteers and amazing professionals, multiple agencies working in conjunction with each other to make that happen. And that’s only possible because people’s best selves are emerging during this moment.… What strikes me is we really, really do, as a Jewish community, show our best selves in times of crisis.”

Shanken credits Eldad Goldfarb, executive director of the Jewish Community Centre of Greater Vancouver, for forging ahead with plans for the redevelopment of the site.

“I think people are still very passionate about seeing this project move forward,” said Shanken. “We are committed to continue to walk down the road. I can’t tell you when we will get a shovel in the ground, but I will tell you we have not put this on hold.”

Though this has been a most unusual year, so far, Shanken is bullish on the Metro Vancouver Jewish community.

“I believe it in my soul that the best years for our community have yet to happen,” he said. “We have had an amazing run over the past decade or more. Our community is incredibly strong, well positioned to emerge from COVID better than it’s ever been. But, for us to emerge in that way, it requires a commitment from our community to seize on the moment and bring us to that place that I know we can get to. The call that I would have for people is to join up, because we have an unprecedented opportunity to do truly great things for this community and to make us even stronger than we’ve ever been.”