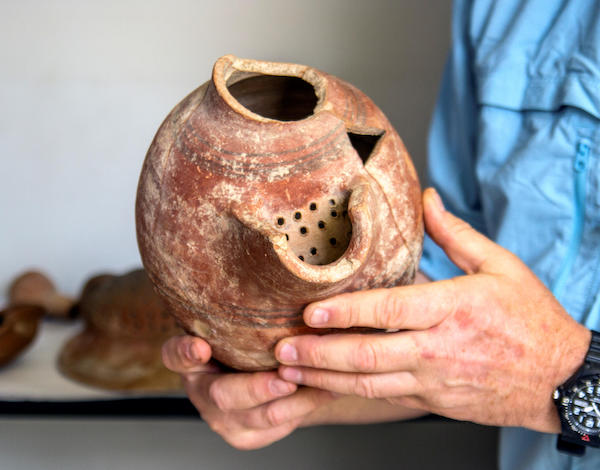 Research led by scholars at Hebrew University, the Israel Antiquities Authority, Tel Aviv University and Bar-Ilan University has revealed a way to isolate yeast from ancient pottery, from which beer was then produced. HU’s Dr. Ronen Hazan and IAA’s Dr. Yitzhak Paz, who are among the leaders of the research, noted that “we now know what Philistine and Egyptian beers tasted like.” The team examined the colonies of yeast that formed and settled in the pottery’s nanopores. Ultimately, they were able to use resurrected yeast to create a beer that’s approximately 5,000 years old.

“By the way, the beer isn’t bad,” said Hazan. “Aside from the gimmick of drinking beer from the time of King Pharaoh, this research is extremely important to the field of experimental archeology – a field that seeks to reconstruct the past. Our research offers new tools to examine ancient methods and enables us to taste the flavours of the past.”

Added Paz, “This is the first time we succeeded in producing ancient alcohol from ancient yeast. In other words, from the original substances from which alcohol was produced. This has never been done before.”