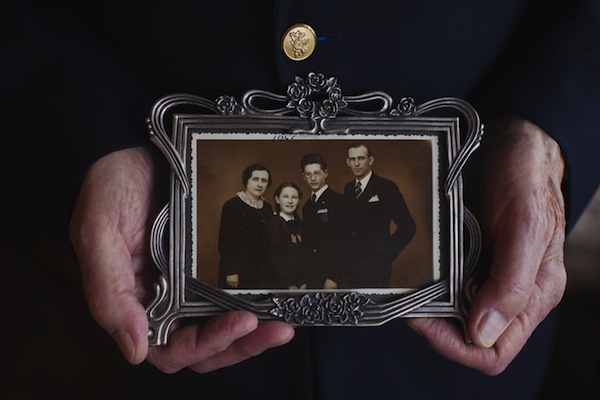 Collective memory has always played an important role in Jewish life and traditions. For thousands of years, Jews have celebrated holidays, mourned loss and memorialized history together as a people. And, most often, we have done so in person.

We say Kaddish as a community, celebrate a bris among a gathering of peers and family and come together every year to retell over dinner the story of the exodus of the Jewish people from ancient Egypt. The 20th-century philosopher and historian Isaiah Berlin noted, “All Jews who are at all conscious of their identity as Jews are steeped in history.” The late Lord Rabbi Jonathan Sacks expressed it another way: “Memory for Jews is a religious obligation.”

This past year has presented huge challenges for those institutions that strive to educate the public about history in general and, specifically, the Holocaust. During the pandemic, many museums and educational centres have been forced to choose alternative venues to connect with their members and the larger community. On Yom Hashoah and Kristallnacht, organizations across the world turned to recordings and interactive discussions in their effort to remind people that the Shoah’s messages remain relevant, even if their institution’s doors were temporarily closed.

Finding ways to continue that education and connection on a daily basis has required some creative thinking, said Sarah Fogg, who serves as the head of marketing, communications and PR for the Montreal Holocaust Museum. The museum, which was founded by Holocaust survivors, had been planning to launch a special photographic exhibit this year, highlighting the lives and wartime experiences of 30 survivors from the Montreal area.

“[The exhibit] was something that we had dreamt of for a really long time,” said Fogg. The museum had planned to narrate each of the stories visually using a triptych of personal images and the sharing of an artifact that the survivors had preserved: a father’s cap that he was required to wear at Auschwitz, a woman’s prayer book, an irreplaceable but tattered passport to freedom. But how could such stories be presented in the midst of a pandemic?

“The pandemic completely forced us to change, to rethink, to overhaul the plan we had for the exhibit,” said Fogg, who admitted there was a sense of urgency to the exhibit’s launch. Some of the speakers are now in their 90s and have already retired as volunteers. Plus, 2020 marked the 75th anniversary of the liberation of the concentration camps (and the 41st anniversary of the museum’s founding). This year, 2020, was the ideal time to launch the exhibit.

“[The online presentation] is the result of many brainstorming sessions where we discussed … how we could present this exhibit in a way that is different to other portrait exhibits that have happened around the world,” said Fogg. “And so, the ‘triptych’ as we have been calling it, the three photos, was really the result of wanting to showcase more than one portrait of the survivor and really wanting to showcase their uniqueness and their personalities.”

Fogg said it was in the middle of one of the photography sessions that the staff suddenly realized what was needed to translate this photographic essay to an online presentation. It was the survivors’ own accounts of why their personal artifacts held irreplaceable significance. It was also the story of how they had survived and how it had transformed them, once they began their new lives in Canada.

“So often when we talk about the stories of Holocaust survivors, the narrative tends to end when they leave Europe,” Fogg said. “But there is so much more to talk about.” Many of the survivors, who were children or young adults when they arrived in Montreal, went on to raise a family. All became volunteer speakers through the museum and other organizations in order to educate people about the Holocaust. Some became published authors and teachers. All, Fogg said, became inspiring leaders of their community.

“If I had to summarize what the lesson or the inspiration would be for viewers, it’s resilience. I mean, not only are they incredible survivors who escaped the Holocaust, but they come to Canada, they build new lives, they start careers, they make families and they find happiness again. They are this embodiment of resilience.”

Taken on their own, the artifacts tell dozens of unique and often heart-rending stories about the Holocaust. But they are also testimony to the survivors’ remarkable ability to draw meaning, purpose and even beauty from the darkest of memories. Sarah Engelhard’s black-and-white snapshot tells the story of her first Passover in Canada. Ted Bolgar’s touching account gives renewed significance to friendship and the value of a precious tea set. Marguerite Elias Quddus’s last memory of her father, as he was arrested, is embodied in a bitter-sweet tale about his forgotten eyeglasses.

Following the Second World War, Montreal became a second home for thousands of Holocaust survivors, some who saw it as a temporary port of refuge, and many who stayed to make it their home. The museum was opened in 1979 by members of the Association of Survivors of Nazi Oppression as a means to educating the public about the dangers of antisemitism and racism. More than four decades after its founding, the museum’s legacy still continues to be relevant, Fogg said. And, like the testimonies and artifacts that illumine these stories, the message it carries is an intensely human and important one.

“You know, we’re not talking about numbers or figures, we’re talking about Ted, Leslie, Liselotte and Daisy. These are real people that we love and care about and they are real people whose families and lives were torn apart by the Holocaust,” said Fogg. “And so, I think we can make a parallel to situations today, where real people are continuing to be impacted and devastated by genocide.

“I think what’s beautiful about the exhibit and working with survivors is that they are real people. What better way to understand history and especially difficult, complex and painful history than to hear it from such wonderful and caring and generous individuals,” she said. “They are the best educators and we are so lucky to learn from them, and we’re so lucky that they wanted to be a part of this exhibit.”

The museum’s effort to reach virtual audiences during the pandemic does appear to be working. Fogg said that, since its launch in September, the exhibit has not only been seen by viewers around the world, but has won three international awards for its visual presentation and design. The pandemic may have temporarily limited the world’s physical ability to connect, but it hasn’t stopped innovation or the heartfelt effort to care about others.

The first Jews in the Montreal area were Sephardim serving in a British regiment. One was Aaron Hart, whose son would later be elected to the legislature to represent the Trois-Rivières area.

By the early 19th century, Ashkenazim from Eastern Europe had begun to trickle in and, by the early 20th century, more than 7,000 Jews had made their way to Montreal, most fleeing antisemitism in the Russian Empire and Europe. Many would arrive to find that prejudice and discriminatory policies weren’t exclusive to distant geography. The election of Ezekiel Hart to the legislature would later inspire a resolution to ban Jews from serving in office. It take another 60 years before a law would be enacted that would give Jews in Lower Canada the right to self-representation.

By the 1930s, Montreal’s Jewish population had increased to 60,000, making it the largest Jewish hub in the country. Many worked in the growing garment industry or owned stores and restaurants in the city. A smaller number moved to the country to become farmers and use skills they brought with them from the old country.

Distrust toward Jews and the growing number of Jewish refugees looking desperately for a new home before and after the Holocaust made immigration to Canada virtually impossible in the early 1940s. It took the efforts of organizations like the Canadian Jewish Congress to push for changes to immigration laws and open doors to refugee families. By the early 1950s, another 9,000 Jewish refugees eventually made their way to Montreal’s port. By the 1970s, those numbers had swelled again, reaching close to 120,000.

Today Montreal’s Jewish community is much smaller, for many reasons, including out-migration from the 1970s to 1990s. But the early Jewish pioneers, those who arrived in Montreal in the 18th and 19th centuries, are not only credited with building new businesses and opportunities for a growing city, but for planting the seeds for Canada’s diverse Jewish community.