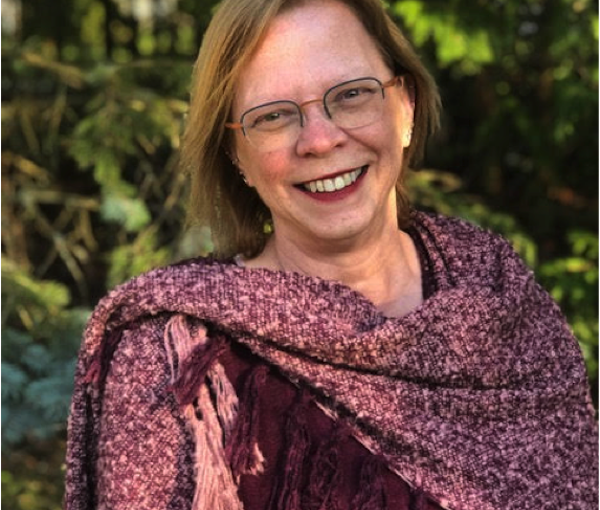 At a Jan. 3 Zoom lecture organized by Kolot Mayim Reform Temple in Victoria, Dr. Rachael Turkienicz spoke about mussar (Jewish ethics), tikkun olam (repairing the world) and whether there is a commandment to build bridges.

Turkienicz, founder and director of the Toronto-based Rachael’s Centre of Torah, Mussar and Ethics, began at the beginning, explaining why the Torah starts with creation and not with the patriarchs and matriarchs or the first commandment in Exodus.

“We start with Genesis because it is the ‘common’ that all human beings will have, and so Judaism will begin with what we all have in common,” she said. “No person can ever say to another person, ‘My father is greater than your father.’ And Father in this instance can be capitalized. One person creates the great equalizer. We should never fight with one another over this.”

She then showed how tikkun olam follows from creation, and raised the questions, When did the world break and how did it break? As man is finite and God is infinite, cracks will occur in the process of creation, and it is up to humanity to repair them, according to Turkienicz.

How do we repair? Through free will, she explained. “Free will is the most powerful thing next to God. It is so powerful that I can use my free will to deny God.”

The problem, however, is that “nowhere do we have a program that teaches us what free will is and how to use it,” she said.

In the course of daily routines, free will can take a less prominent role in our thinking, as many of us coast along “on automatic,” i.e., we function without making choices. As a result, nothing is being repaired and the world is continuing as it always does, she explained.

One example of being on automatic is when someone poses the question to an acquaintance passing by: “How are you?” The response is frequently: “I’m OK.” Neither the person asking nor the respondent delves deeply into the subject before moving on.

Being able to use free will is further compounded by the number of choices we have in an open society. Citing academic studies, Turkienicz contended that having a vast array of options available can actually hinder our ability to make use of the power of free will.

Enter mussar, a spiritual practice founded on offering a solid framework on living an ethical life. Mussar differs from kabbalah (Jewish mysticism). Whereas kabbalah is knowledge one receives, mussar moves from a person into the world, said Turkienicz.

Mussar stems from the concept that it is all well and good to know the commandments and recite Torah. However, such knowledge in itself does not make someone a mensch. “Mussar is learning to use my free will to repair the world. The commandments are the utensils, the goal is tikkun olam,” Turkienicz explained.

While mussar has been around for more than a millennium, it expanded in the 19th century to communities throughout Eastern Europe. Before the war, it was studied at the top continental yeshivot, but nearly all the leading exponents of mussar were murdered in the Holocaust. Recently, though, there has been a resurgence of the practice in both Orthodox and more liberal branches of Judaism.

Turkienicz compared mussar with other ethical philosophies, using the scenario of a person seated on a bus when an elderly person boards. Most of us are taught that we should give up our seat in such a situation. But what if the elderly person declines the offer? Ethics would say to sit back down, whereas mussar suggests that one should stay standing, because the issue is not about the elderly person but rather one’s own free will.

“Inside of me something said it is not appropriate for me to sit while an older person remains standing. Whether the elderly person sits down or not changes nothing,” she argued.

According to mussar, we are in control of the personal ingredients that comprise us, be they spirituality or patience. We all have the same ingredients, only the measurements are different, said Turkienicz. A person who does not see himself as spiritual still has a degree of spirituality. Likewise, someone who deems herself impatient has an allocation of patience within her. Our free will distributes the measurements.

“My free will chooses what is my perspective and where will I focus,” Turkienicz said.

Turkienicz concluded that, while there is no commandment to build bridges, “everything else shows us we should do so, because, if we choose not to, we have lived where that leads us, and we don’t want to go there.”

To view the presentation in full, go to kolotmayimreformtemple.com and search “lectures.” Turkienicz’s talk was part of the synagogue’s Building Bridges series, the next instalment of which takes place March 7, featuring University of Calgary art professor Jennifer Eiserman on Canadian Jewish art. Click here for more information.