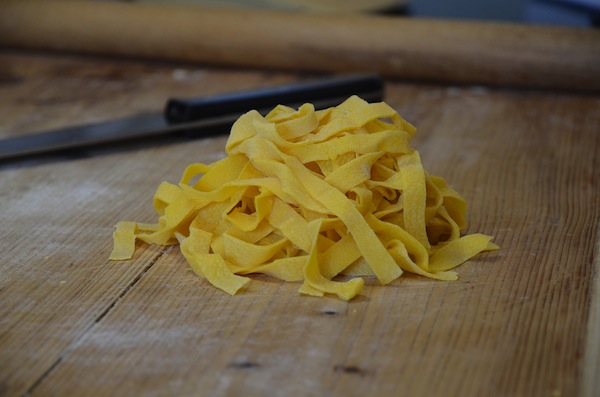 Every time I do a food column, I look up its history, and I am continually fascinated by what I learn. We all know what is pasta – unleavened semolina mixed with water or eggs and formed into various shapes. It was not until 1874 that the word pasta came into popular use, from the Italian. However, there is mention, as early as the first century CE of fried dough as an everyday food.

Lagana is mentioned in a fifth-century cookbook as an ancient version of lasagna. A kind of boiled dough is mentioned in the Jerusalem Talmud, common in ancient Israel from the third to fifth centuries CE. Dry pasta became popular in the 14th and 15th centuries; tomatoes came to Italy in the 16th century and to Italian cuisine in the 17th century. Pasta became popular in North America with the Italian immigration at the beginning of the 20th century.

How many kinds of pasta do you think there are – long, medium length, short cut, stretch, soup, with fillings and gnocchi? There are 163!

Here are some recipes, which use different kinds of pasta.