Spinach may have originated 2,000 years ago in Persia but it is native to central and western Asia. Now widely popular, there are many tasty ways to prepare it. In addition, its health benefits are many, especially if eaten raw, so here are a few recipes for a healthy new year.

SPINACH SALAD DRESSING
(This salad dressing recipe is from P.J. Clarke’s in New York, which was founded in 1884. The bar was once a saloon owned by Patrick J. Clarke, an Irish immigrant who was hired in the early 1900s and, after about 10 years working there, bought the bar and changed the name. It has had other owners since then and now has multiple locations.)

Sybil Kaplan is a journalist, editor of nine kosher cookbooks (working on a 10th) and a food writer living in Jerusalem. She has written the kosher restaurant features for janglo.net since 2014 and leads weekly English-language Shuk Walks in Machane Yehuda. 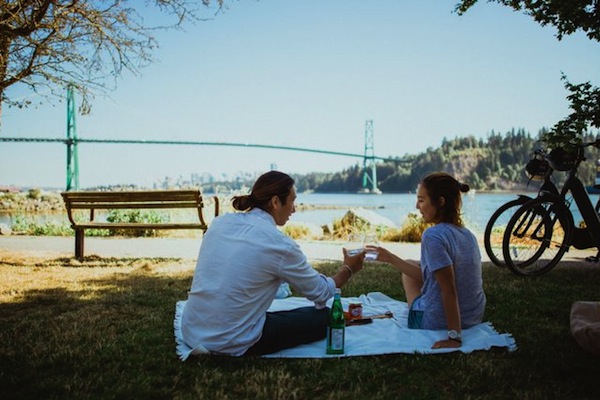 The sandwich as we know it was created in England in 1762 by John Montagu, the fourth Earl of Sandwich, a British statesman and gambler. He asked for a serving of roast beef to be placed between two slices of bread so he could eat with his hands and not have to get up from the table when he was playing cards or gambling. Here are some sandwiches good for your table – or a picnic.

Many people think of potato salad as a good accompaniment for summer picnics, but they can also be used as a meat or poultry accompaniment at the dinner table, as well. In Europe, often, potato salad is served warm with vinegar and oil and herbs as a dressing, while Americans add mayonnaise. Here are a few of my favourites.

CREAMY POTATO SALAD WITH LEMON AND FRESH HERBS
(This recipe is adapted from one in Bon Appetit magazine. It makes four servings.)

NIÇOISE POTATO SALAD
(The original Niçoise salad came from Nice, France, in the 19th century; it had tomatoes, anchovies and olive oil. In a 1903 French cookbook, artichokes, red pepper, black olives and a vinaigrette were added. Over the years, tuna, hard-boiled eggs and green beans also have been added. This recipe makes four servings.) 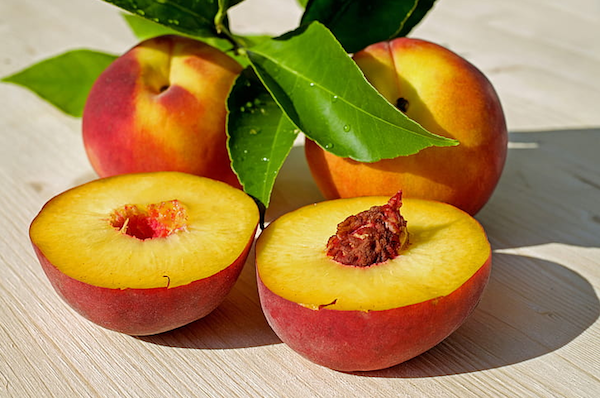 A peach salad not only looks pretty, it’s like a cold culinary shower on a hot day. (photo from pickpik.com)

Recently, I was food-shamed. Not for binge eating. Or for eating too much junk food. But for not eating enough vegetables. Guilty as charged. But seriously? In my own defence, I have a gut (or at least part of one) that doesn’t play nicely in the sandbox with all vegetables. Truth to tell, it can be somewhat of a bully.

Just to set the record straight, I wasn’t always veggie averse. A few short years ago, I could wolf down Caesar salads, corn on the cob and sautéed kale like nobody’s business. It’s mostly a distant memory now, though. But I can still share the love, even if I can’t eat all the food.

Being a bit of a COVID weeny, I’m not entirely comfortable going out to restaurants yet, so I continue to make do at home. Until recently, when the beautiful fresh veggies and fruits started showing up at the party, my fallback positions were fish, chicken and beef; the occasional pasta dish. It was getting a tad dull. So I’m thrilled that I now can eat lighter and fresher.

Here are a few of my favourite lazy summer salads. Nobody likes easy recipes quite like I do. My rule of thumb is this: if a recipe calls for a foodstuff or piece of equipment that a) I’ve never heard of, or b) I don’t know how to pronounce, there’s no way on earth I’m trying it. Hence, lazy-girl recipes are my specialty. The following are not only super-healthy, but they’ll hit the spot on days when you just don’t feel like cooking for real. And what better time to take advantage of all the fresh seasonal fruits and veggies available everywhere in Vancouver? This first salad not only looks pretty, it’s like a cold culinary shower on a hot day.

Throw together a vinaigrette from olive oil and balsamic vinegar and, voilà, you’ve got yourself a refreshing, easy salad that’s a surefire crowd-pleaser. If, however, you’re a card-carrying carnivore like me, you might want to follow it up with an eight-ounce ribeye chaser.

Another summer fave is Sunomono salad. It’s a cold Japanese salad made of rice vermicelli noodles swimming in a rice wine vinegar dressing, if you will. You can add almost about anything to jazz it up, but, being a purist, I only like to throw in some thinly sliced English cucumber and maybe a bit of shredded carrot. If you crave protein, imitation crab will jack it up a notch. There are a variety of recipes for the dressing, but this is my no-fail go-to.

Shake the first five ingredients together in a jar, then pour it over cooked and rinsed, cold rice vermicelli noodles. Don’t add too much dressing to each bowl, as it’s quite concentrated – just add enough to cover the noodles. Leftovers can stay in the fridge for a day or two. Sunomono is obviously too flimsy to be a main dish, but it makes a great starter or side dish and goes with everything, particularly fish. Think of it as a Japanese palate cleanser.

For a heartier salad that can double as a main dish (depending on your appetite), I’m a big fan of cold orzo salad. Since this salad is pasta-based, it’s much more filling than just a bowl full of veggies or fruit. And, with the bold-flavoured ingredients, it’s got a depth to it that belies its simplicity.

To round out your meal, buy or make a simple rosemary focaccia. I make one from scratch (in a cast-iron pan) that’s to live for. Sure, it’s easier to buy one, but, if you really want to dazzle your dining companion(s), I suggest putting in the extra effort. Believe me, the effort/reward ratio is huge.

I found my recipe online at flavorthemoments.com/one-hour-rosemary-focaccia-bread and the only things I leave out are the garlic and parmesan, but it’s up to you. You could also add chopped Kalamata or green olives to it, but keep in mind it calls for coarse kosher salt sprinkled on top, so it’s already high in sodium. The focaccia turns outs camera-ready gorgeous and tastes heavenly straight out of the oven, dipped in EVOO (extra virgin olive oil). I mean, who doesn’t love fresh bread? With the hot weather right around the corner (that’s the optimist in me), now might not be the best time to bake bread, but that’s your call. If you ask me, it’s totally worth it.

So, give yourself a break, throw together a salad for dinner and call it a day. If your spouse, partner or you are still hungry after all that, do what I do – order in pizza.