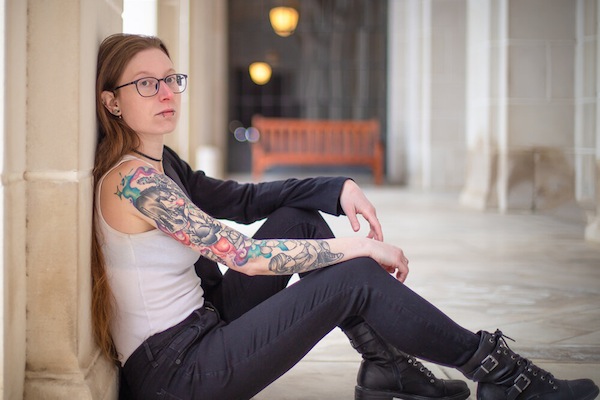 Women are at the forefront of two new books. Specifically, how we perceive their (our) roles. Especially, with regard to motherhood.

Ilana Masad’s debut novel, All My Mother’s Lovers, is told from the perspectives of a daughter and her mother, and highlights how much we cannot know about the people close to us, while Myriam Steinberg’s graphic novel, Catalogue Baby: A Memoir of Infertility, is a no holds barred sharing of her challenge to become a mom. Both Masad and Steinberg are participating in this year’s Cherie Smith JCC Jewish Book Festival, which takes place online Feb. 20-25.

While the premise is a stretch to my worldview, All My Mother’s Lovers is an extremely relatable read on many levels. Twenty-something Maggie’s mother, Iris, dies in a car crash and Maggie must return home for the funeral and shiva. But, along with her will, Iris has left behind six letters – all addressed to men Maggie hasn’t heard of – and Maggie quickly flees the communal mourning to deliver these missives.

Leaving behind her grief-addled father, who has been the emotional-support parent for her, and her younger brother, with whom she has an older-sister-bossy relationship, Maggie attempts to track down the unknown men. The space from her family and from her current partner, with whom there might actually be a substantial, meaningful relationship brewing, allows Maggie to deal with her long-held insecurities and naïve perceptions of what it means to be married, what it means to be a parent; basically, what it means to be a loving and reliable person. We get to know Iris through the letters and, though Maggie doesn’t get to benefit from these personal musings, she does learn more about her mom, which allows her to connect more deeply with her father, as well as to others in her life. 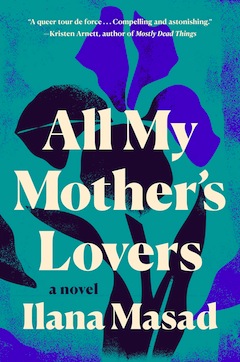 Masad’s writing is crisp, intelligent, wry and sensitive. The novel starts with a bang – Maggie answering her brother’s call (telling her about their mother’s death) while having sex with her girlfriend. The pace emphasizes Maggie’s confusion as she tries to understand her mother, and herself. Iris’s letters offer slower moments of reflection, but also were a way for Iris to try and better understand her own missteps and successes.

Steinberg’s Catalogue Baby also took me into a world I’ve never personally experienced, though I do know people who have so wanted to have a child but either could not conceive or had great difficulty conceiving. Steinberg’s refreshing openness on a topic that is often spoken about in whispers, if at all, is most welcome. And her voice is amplified by the colour-bursting, energetic and imaginative illustrations by Christache Ross, which take readers right close up into the physical and emotional upheaval and turmoil that Steinberg has lived. 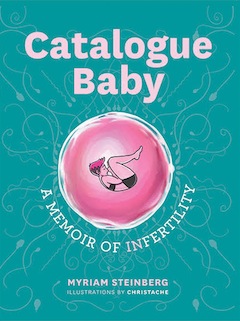 Catalogue Baby takes readers from Year One (starting January 2014), and Steinberg’s admission that her dedication to work, organizing the In the House Festival for 11 years, only occasionally gave her the time to put her “loneliness and unrequited motherhood” front of mind. Almost 40 years old at this point, she “didn’t have time to waste with someone who didn’t eventually want a family.” But, people being who we are, Steinberg nonetheless tries to make an unsatisfying relationship work, all while her biological clock (which follows her throughout the novel’s journey) ticked away. From when she finally decides to go it alone to when she gives birth to twins in late 2018, she goes through much. The list includes 123 blood draws, 31 ultrasounds, multiple fertility treatments, five pregnancies, thousands of supplements, about $100,000, help from dozens of family and friends, etc., etc. – and “25 litres of tears.”

To hear more about and from Steinberg, Masad and many other fabulous writers, check out this year’s Jewish Book Festival: jccgv.com/jewish-book-festival.