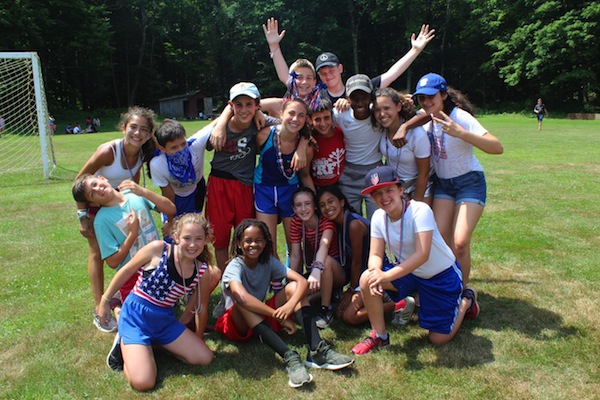 In Pirkei Avot (Ethics of Our Fathers), Ben Zoma says, “Who is honourable? One who honours others.” The Foundation for Jewish Camp’s Shmira Initiative “aims to make camps safe, healthy and respectful model communities. Shmira, in Hebrew and in the vernacular of Jewish summer camp, means guard duty, embodying the social and individual responsibility every community member has to ensure a safe environment.”

For some camps, the initiative provides practical training that has been needed for some time. But, at Camp Havaya in Pennsylvania, camp director Sheira Director-Nowack told the Independent that they have been operating on the initiative’s principles for many years.

“We have people who go by ‘he,’ by ‘she’ and by ‘they,’ as rabbis, teachers, students, educators, campers and staff,” said Director-Nowack of the camp, which is part of the Reconstructionist movement. “So, for us, the sexual harassment piece is something we’ve always discussed, have always had a policy for. I used to work at a camp that did not have that defined as clearly and they had some real challenges. We don’t have some of those challenges here, because it’s very up front and very clear – how you treat all people, not just insofar as gender, but in all areas of inclusion.”

“The name of our camp mascot is Howie Bee,” said Director-Nowack. “We talk about ‘how we be,’ using that as a fairly common statement to talk about how we should treat each other with respect, kindness … better than you’d want to treat yourself, you’d want to treat the other person … and, not just as a Jewish phenomena, but as a human phenomena.”

While Director-Nowack acknowledged that, every so often, they run into power conflicts in a relationship, they try to ensure it never gets near the point of harassment.

At Camp Havaya, she said, flirtation is discouraged. For example, there are strict rules as to what clothing is acceptable. Everyone must wear shirts at all times and clothing should be loose fitting. They also have no boys against girls competitions. Instead, all sports are open to everyone and, while everyone swims together, there are rules about appropriate swimwear.

Language and attitude is another area that is closely monitored at the camp. “We don’t use the word ‘broad’ or ‘chick,’ we don’t use a lot of derogatory terms,” said Director-Nowack. “We don’t make jokes at other people’s expense.

“We want everyone to treat each other how they would treat their own family or themselves…. There’s not a constant need for romance or underlying things that go into that modern love thought and, because of that, we don’t see certain behaviours that other places might see.”

The concepts of the #MeToo movement are discussed at camp, as are other relevant topics, like Black Lives Matter and the Israeli-Palestinian conflict.

“Our constituency is made up of people who are interested in these things … also, things like respect for people with special needs, inclusivity, race, culture and minorities,” said Director-Nowack. “We don’t talk about these things because they’re hot topics. We were talking about them before they were considered cool to talk about.

If and when the topic of sex comes up, Director-Nowack said she teaches her staff to turn the conversation back to the camper and ask why he or she is wondering about it.

Camp Havaya has a no-sex policy. If inappropriate behaviour is observed, Director-Nowack said, ‘We don’t punish people for behaviour, but I may or may not ask them if camp is the appropriate place for it. I don’t feel like there’s any place at camp where you could be sexual appropriately, and that’s what we talk about.

“We don’t hook up in the middle of the woods – that’s just not what we do. And, we really don’t have a lot of that. I don’t think I’d kick someone out of camp just because they kissed someone. But, I’d say something like, ‘I just walked passed you kissing … not what I want to see, not OK, not cool.’ If it got further than that, it would depend on the kid, the parent, the discussion and the situation. We’re dealing with human beings and we have an environment that’s not constant.”

Still, staff members do talk with campers about consent, in an effort to ensure all of them are comfortable in their own space at all times.

“Our goal is to create young leaders in the Jewish community who are thoughtful and intelligent, and who are, therefore, going to go out and lead a Jewish life and know themselves,” said Director-Nowack. “We love that some people find their love and their relationships at camp. But, I also love that people find their independence at camp … or that they want to lead a more productive Jewish life without a partner…. We want our kids and staff to leave camp as people who are going to make decisions guided by some basic values.”

For more information on the Shmira Initiative, visit jewishcamp.org/shmirainitiative.