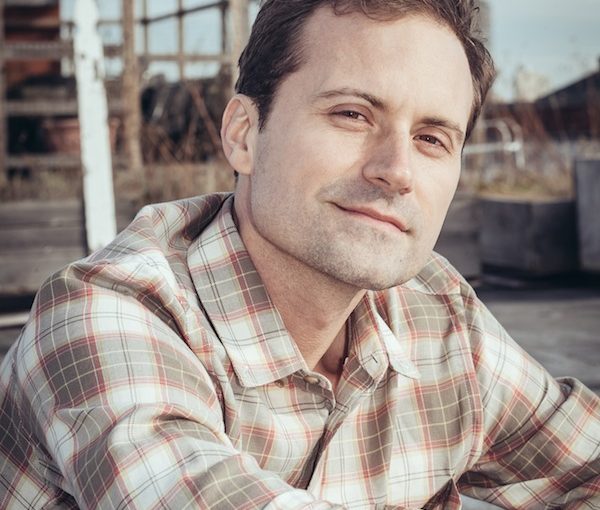 The play Reborning, written by Zayd Dohrn, is being performed Off-Broadway at the Soho Playhouse in New York City from July 5 through Aug. 3, thanks to Vancouver’s Reality Curve Theatre.

A Canadian nonprofit professional theatre company founded in 2011, Reality Curve reached out to Dohrn to bring this play, which ran in Vancouver last year, to the New York stage. The production is produced by artistic director Paul Piaskowski, Darren Lee Cole and Rebecca McNeil, and is presented by Playbook Hub with support from the Vancouver Film School, the Canada Council for the Arts and Shimon Photo.

Reborning is a dark comedy-drama with elements of horror. In it, people are able to buy life-like infant dolls that look like loved ones who have died. The play centres around Kelly, a woman who lives with her boyfriend in Queens, N.Y., and creates “reborn” baby dolls. She has a client who commissions her to make a replica of her dead baby girl and, as Kelly constructs this doll, it stirs up memories from her own life.

“It’s a relationship between a younger and older woman – a customer and an artist – who are both looking for something and it becomes dangerous,” said Dohrn, who lives in Chicago and is an associate professor at Northwestern University. “There is a whole subculture with these dolls. I wrote the play right after the birth of our first child. My wife was shopping online for baby toys and clothes and she found these life-like dolls. The photos of them are incredible, realistic, detailed and medically accurate. Some even have hospital bracelets. There is something beautiful about them, yet very disturbing.”

Dohrn talked to customers and heard their testimonials. “Many of these people can’t get over the loss of their baby and use the dolls therapeutically.”

The first production of Reborning, which starred Ally Sheedy, was 10 years ago at the Summer Play Festival at the Public Theatre in New York City, when Dohrn was at the Julliard School. It has had more than 20 productions nationally and internationally over the last decade, including in Los Angeles, Brazil, Panama, Florida, San Francisco and, in 2018, Vancouver, where he connected to Reality Curve.

Dohrn’s life and road to literary success could be a fascinating play in itself. His parents, Bill Ayres and Bernadine Dohrn, were leaders in the radical group the Weather Underground (also known as the Weathermen) back in the 1960s and 1970s. There was an accidental explosion in a Greenwich Village townhouse where Weathermen lost their lives, and the couple went underground, using assumed names. Dohrn, who is now 41, spent his early childhood on the run.

“It didn’t seem strange to me to grow up being fugitives, that was just our life,” he said. “We lived in New York City in Harlem, traveled a lot, moved around a lot and lived in communes. Then my parents turned themselves in and we settled in New York. My mom went to jail for almost two years when I was 5, and I have vivid memories of visiting her there. My dad took care of me while she was gone.”

When his mom was released from prison, she became a lawyer. “My dad became a professor and I was raised in a middle-class house, although they still had their notoriety and they were committed to their politics and their cause,” said Dohrn. “Growing up, we would go to a lot of demonstrations and meetings with other activists.”

Dohrn went on to earn an undergraduate degree from Brown University, a master’s in fine arts from New York University, a master of arts from Boston University and a playwriting fellowship from Julliard. He also spent a lot of time in China. Fourteen years ago, he married Rachel DeWoskin, and they have two daughters. DeWoskin, who is from Ann Arbor, Mich., is an author, teaches at the University of Chicago and also spent many years living in China before she and Dohrn met.

Many of Dohrn’s plays draw from his childhood and life experiences. In one of his earlier plays, Haymarket, set in 1886, a bomb explodes in the middle of a peaceful rally of demonstrators in Chicago – at least one of the radicals goes into hiding. His play Sick, about a Manhattan couple who go to extreme measures to protect themselves from pollution, was reminiscent of living in Beijing and witnessing the fear during the SARS epidemic.

When asked about his religion, Dohrn said he considers himself a cultural Jew. “My mom was half-Jewish and my parents were atheists, but, culturally, my mom considers herself Jewish and we were raised as cultural Jews and celebrated Passover and Chanukah,” he explained. “We celebrated in a radical way – we did Passovers in a women’s prison in upstate New York, celebrating the Exodus as a story of freedom and celebrating with female inmates in prison.”

Dohrn noted that he, his wife and kids have traveled a lot, visiting Jewish sites. “My wife considers herself Jewish and we are raising our girls with a lot of Jewish cultural influences,” he said.

Dohrn and DeWoskin spend time each year in China. “Rachel kept her apartment in Beijing for at least 10 years and we would go for a few months every year,” he said. “When our kids started to grow up, we wanted a place where they could be more independent so we got an apartment in Shanghai. We spend three-quarters of the year in Chicago and one-quarter of the year in Shanghai. We both have academic schedules so we are able to spend the summers and winters there. There are still historical monuments and artifacts from the Jewish community in Shanghai and the synagogue is now a museum. Our apartment there is in the building that was the Jewish processing centre for the refugees during World War II.”

Currently, Dohrn is developing a series about radical political movements like the Weather Underground and the Black Panthers for Showtime and a feature film for Netflix. He’s looking forward to Reborning being back on the New York stage. “For me,” he said, “it’s a bookend, to have it back in New York again after all these years.”