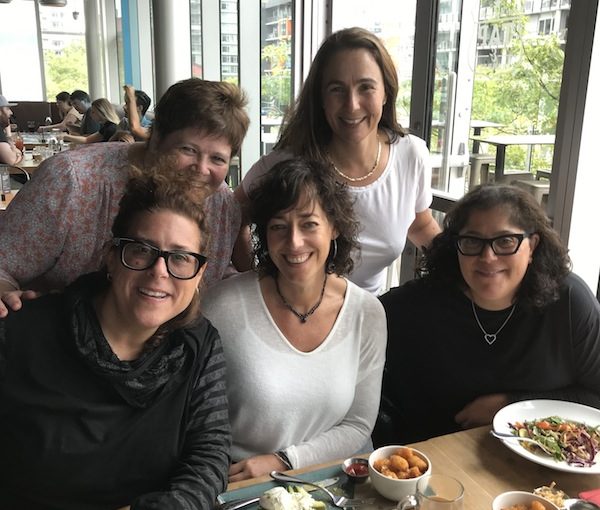 Members of National Council of Jewish Women of Canada, Vancouver section, have been busy close to home, not only supporting various initiatives for disadvantaged children in local schools – Books for Kids, HIPPY, Operation Dressup, and hygiene and nutrition school programs – but learning more about the Jewish history of the city.

On Sept. 8, more than 25 people participated in a sold-out walk through the “old city” of Vancouver, organized by Lisa Boroditsky, Jane Stoller and Sandi Hazan Switzer. Participants were enthralled by the stories of Harry Hammer, by the geographical and architectural details, to say nothing of the oral history of horse-drawn carts, family stores and tales of running to the bus for cheder.

NCJWC members also worked nationally, supporting successful efforts by CIJA (Center for Israel and Jewish Affairs) to get Parliament to adopt the International Holocaust Remembrance Alliance’s definition of antisemitism; and internationally, issuing a call to action to participate in the campaign to free human rights lawyer Nasrin Sotoudeh, who has been imprisoned in Iran’s Evin prison since June 2018.

In May of this year, Prof. Irwin Cotler, chair of the Raoul Wallenberg Institute in Montreal, addressed the executive of the International Council of Jewish Women on the issue of human rights. He made a compelling case for participation in the campaign to free Sotoudeh, sentenced to 38 years and 148 lashes in Iran because of her work defending women’s rights. She has been imprisoned four times since 2010.

Freedom of expression and peaceful assembly are integral to ensuring rule of law and the functions of democracy; they are fundamental principles clearly defined in international law and they are the inherent right of all people. These two democratic themes were betrayed in 2018 when, as part of peaceful protests, some women removed their hijabs and waved them like flags and then were prosecuted for this behaviour. For defending these women, Sotoudeh has been unjustly imprisoned.

The International Council of Jewish Women executive voted to support Cotler’s recommendation and Debby Altow, vice-president for Canada on this executive, circulated a backgrounder and sample letter of protest for 33 affiliates worldwide. Both email and postal addresses for United Nations Secretary-General António Guterres and UN Commissioner Michelle Bachelet, were distributed, making such protest letters easier to submit. For more about Sotoudeh and NCJW Vancouver section, visit ncjwvancouver.org.