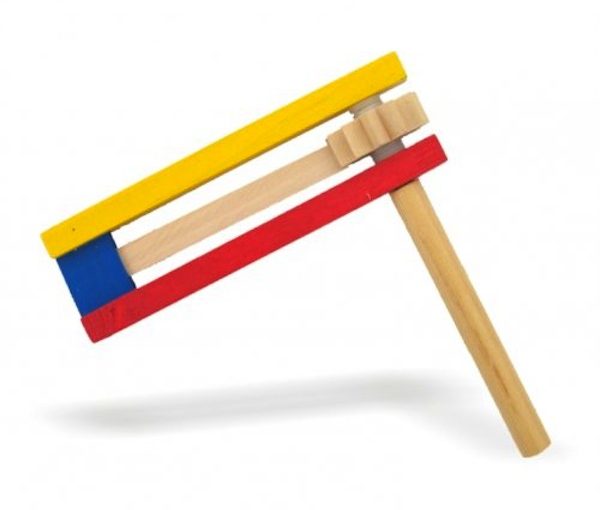 One of the most popular customs for Purim is to drown out the name of the villain, Haman, with a noisemaker. In Hebrew, it is called a ra’ashan; in Yiddish, it is a grogger, which comes from the Polish word for rattle.

The origin of this custom comes from the Book of Exodus 17:4: “For I will utterly blot out the remembrance of Amalek from under the Heavens.” Haman’s ancestors were Amalekites.

While the custom of using a noisemaker during the reading of the Megillah is more recent among Sephardi Jews, some form of grogger has been used primarily among Ashkenazi Jews since the Middle Ages.

There are records that children in ninth-century France and Germany used groggers on Purim. They took flat stones or wooden paddles on which Haman’s name was inscribed and beat them together when Haman’s name was mentioned in the reading of Megillat Ester. It was also popular to write Haman’s name on the soles of their shoes and then stamp their feet when his name was read, thus erasing his name.

Today, the traditional grogger looks like the Hebrew letter dalet, a horizontal piece made of wood or metal with a rotating cylinder or tongue attached to a vertical handle, which, when turned, makes noise.

One also finds groggers decorated with illustrations from the Book of Esther, plastic groggers with clapping hands, and designs in wood and metal. Schoolchildren often make their own containers of paper or metal and then fill them with beans, so that, when they are shaken, they make noise.

Whatever grogger you use for Purim, just make sure you do it loud and often, for, in each generation, a Haman has arisen to live among us!