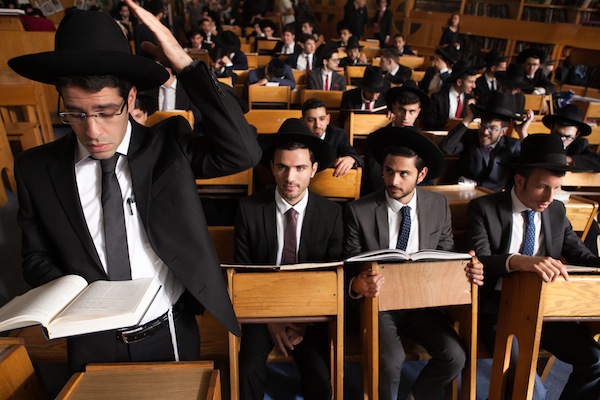 I have to improve either my Hebrew comprehension or my English speedreading skills before April 12. The second season of The New Black premières that day on ChaiFlicks and it’d be great if I could understand more of what was going on – even with my limited capacity, the first season was an absolute blast.

Also recently premièring on the streaming service ChaiFlicks, which carries all sorts of Israeli films and TV shows, was the second season of Checkout, an Israeli comedy in the tradition of American sitcoms Superstore, The Office and Parks and Recreation. It has some seriously funny moments, though a couple of the characters may grate on folks, as some of the characters on the aforementioned American shows did.

Superstore takes viewers into an Israel that most Jews will recognize, but that will be less familiar to those whose only experience of Israel is via the news. The show is set in a small supermarket, Issachar’s Bounty, in a small town, Yavne. The store’s patrons are regulars, and one in particular, fanny-packed customer Amnon, who has a complaint or gets into a confrontation every time he comes in to shop, is particularly annoying, as often is his main sparring partner, the brash cashier Kochava. But the other characters – notably Shira, the store manager who idolizes and sees herself as an up-and-coming Steve Jobs – offer enough less-in-your-face humour that the show is well worth watching if you like reality-show-type comedies. As in the other shows of this genre, there is a camera crew making a documentary about the store, so the characters not only interact with one another, but express their views in interview snippets with the film crew.

In the guise of humour, many a true observation is made in Superstore, which touches upon social inequality, terrorism, racism, homophobia and many other issues. Viewers can choose to just laugh at the goings-on depicted or they can take more away from the show. The same can be said of The New Black, which has some uncomfortable moments – for example, are we supposed to laugh when one of the yeshivah students is appalled when his matchmaker sets him up with a woman who uses a wheelchair? I don’t think so. I think we’re supposed to be appalled at his behaviour, behaviour that one can easily imagine of many self-absorbed 20-something guys who fancy themselves a prize despite all evidence to the contrary.

That the four yeshivah boys at the centre of The New Black seem like regular college-age men is why the show has broad appeal. That is does, while also being packed with somewhat-high-level (to non-Orthodox Jews) talmudic discussions, is a notable achievement. It is easy to see why the show was nominated for eight Israeli Television Academy Awards. It is smart, engaging, fast-paced and has a fantastic soundtrack. While non-Jews will have to watch it with a semi-knowledgeable Jewish friend and non-Hebrew-speaking Jews will occasionally have to press pause to take in the subtitles fully, The New Black has legs … and Borsalinos aplenty.

For access to these two comedies, and many other programs, visit chaiflicks.com.