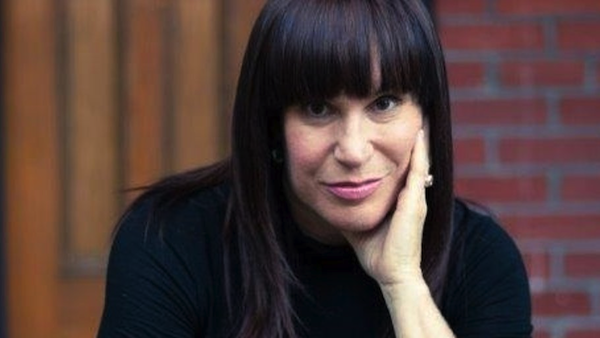 Vancouver was one of the 550 cities worldwide that participated in the Shabbat Project this year. Activities included the Great Big Challah Bake, attending services, hosting Shabbat meals and get-togethers, and a Havdalah concert. (all photos by Sydney Switzer)

More than a million Jews in 550 cities in 65 countries participated in the Shabbat Project this year. The project is a unity initiative that was started two years ago in South Africa by the country’s chief rabbi, Rabbi Warren Goldstein, who challenged Jews to keep the Shabbat of Oct. 23-24. 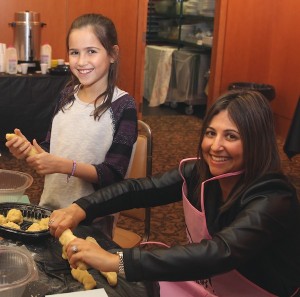 In Vancouver, the weekend kicked off with 400 people coming together at the Great Big Challah Bake on Thursday, Oct. 22. Ilana Rubinstein from Toronto led the event, and everyone prepared and braided dough. The braided challot were taken home to be baked for Shabbat. The warmth and excitement was palpable, as everybody knew that this was the opening event for the Shabbat Project, and that they were participating in an event that was being shared by tens of thousands of other Jews around the globe.

Shabbat is a time to reenergize physically, emotionally and spiritually and to connect to our families, to friends and to G-d. Friday night dinner and Shabbat lunch are perfect times for this and many families in and around Vancouver, Richmond and other parts of the Lower Mainland hosted Shabbat meals. 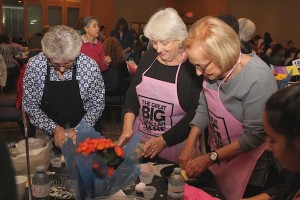 Many organizations hosted special events for the Shabbat Project, from communal Shabbat meals to kumzitz (from the Yiddish “Kum, zitz,” “Come, sit,” a relaxed gathering). The energy of the weekend spilled into the Havdalah concert starring Yitzy Fink, a musician from New York.

One family for whom the Shabbat Project experience made an impact was the Bresslers. Dalia and Brian Bressler decided early on to connect with their nearby friends. A few days before Shabbat, they planned the menu and discussed the logistics of serving and cleaning up a big dinner while observing Shabbat. They were five families with 15 children singing songs; saying brachot, including blessing all the children and the wives; and enjoying a delicious dinner. Seeing kids of all ages enjoying being together, talking and playing games without any electronic distractions was wonderful. 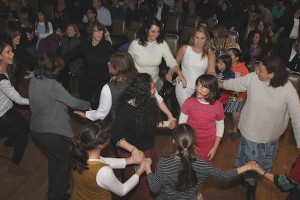 Of going to shul on Saturday morning, Dalia Bressler said, “It is rare that all of us go to shul at the same time. Sometimes only a couple of us go and sometimes we go at different times. We all decided to go to shul as a family and we walked. It was a beautiful morning, which made the experience even better. After services, we stayed for a really nice Kiddush lunch and chatted with friends. There were many families at shul because of the Shabbat Project.” She said it was great to see everyone so connected through the project. 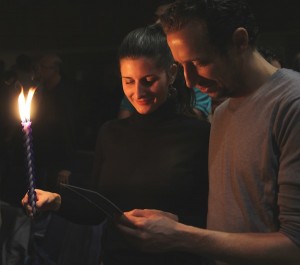 The Bresslers and their group of friends ended Shabbat at their friends’ down the street, who hosted all the families in their neighborhood for a late afternoon get-together. When Shabbat was over, they all gathered around the kitchen and did Havdalah.

Oct. 23 saw more than 400 people make Vancouver history by participating in its first community-wide challah bake. The event served as the springboard for the Shabbat Project (also known as the Shabbos Project), an initiative spearheaded last year by South Africa’s chief rabbi, Dr. Warren Goldstein, in an attempt to unite his community through the practice of keeping one Shabbat together.

It’s a disarmingly simple concept. By experiencing the magic of Shabbat just once, we can rejuvenate family and community life, restore Jewish pride and identity, and build Jewish unity across the world. The international event this year exceeded all expectations, uniting Jews in more than 461 cities in 65 countries.

Taking place over the Shabbat weekend of Oct. 24-25, the Jewish Community Centre of Greater Vancouver served as the venue for the local celebrations. The inaugural challah bake yielded several hundred beautifully braided challot. And hundreds celebrated Shabbat, many of them for the fist time. People set up tents and invited others to join them for meals and/or the whole Shabbat. Different organizations facilitated community meals and programs throughout.

“Once I had lit the candles, I felt an amazing wave of peace,” said participant Barbara Weinberg. “Although at first I did miss that cellphone, we started playing board games and actually it was rather nice to be off the grid. In fact, after Havdalah, I felt reluctant to turn everything on! My daughter particularly enjoyed it, as she said that she liked that we spent so much time doing things together.”

The closing event – a Havdalah concert – brought a capacity crowd to the JCCGV auditorium for a night of music, dance and Jewish celebration. Moshe Hecht and his band, from New York, kept the energy and excitement going way past the official end time. A perfect end to an amazing Shabbat.