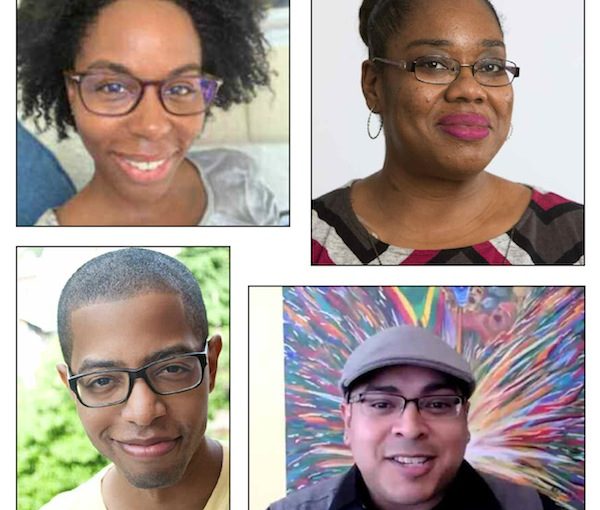 The United Synagogues of Conservative Judaism (USCJ) held a webinar entitled Juneteenth Through the Eyes of Jews of Colour: Sharing Stories and Perspectives on June 17, the same day the United States declared Juneteenth (June 19) a federal holiday. Slaves were freed from Texas, the last Confederate state with institutionalized slavery, on June 19, 1865.

The objectives of the evening were to establish better dialogue, to create a space to honour the Jewish and Black communities, to learn about the challenges people of colour have in the Jewish community, and to find the means by which people of colour can feel welcome in the Jewish community. Marques Hollie, a theatre artist, storyteller and musician, led the evening with a rendition of the post-Civil War song “Oh Freedom.”

“Our people crossed the Red Sea. People of colour are still in Egypt. For Black people, freedom has not come fast enough and not in a straight line,” said Ruth Messinger, a former politician and head of the American Jewish World Service, in opening remarks that preceded the introduction of the panel discussion.

“In a lot of ways, I feel like I came out as a Black person last year,” said Miller, president of the Jewish Centre in Brooklyn and a future rabbi. “In the Jewish spaces I have been in, people have tried not to see my colour. The stakes are different for us than the majority of people in this Zoom room. I was afraid this would just be a moment for everyone else and that the world would go back to not seeing this stuff again after the pandemic. I was afraid of being left exposed without a community.”

Minor, a professor in clinical mental health counseling and rehabilitation counseling at Rutgers University, said she would like to see Juneteenth become a day of reflection and not just celebration. “Reflection of where we have come from and how far we have to go,” she said. “It’s not a day we should sit back and not look at the wealth gap, mass incarceration and police brutality. Now it is a federal holiday, and yet so many states are banning critical race theory in schools.”

“For me, the question isn’t what does Juneteenth mean to me now but what might it mean to us moving forward,” said Pinkney, a Brooklyn-based theatre writer, Jewish-life consultant and rabbinical student at the Jewish Theological Seminary. “The Jewish people are so, so good at crafting stories, creating rituals. What rituals might be created 20 years from now around Juneteenth? Which stories and voices will we finally open our ears to?”

Rounding out the panel was Forbush, youth director at Beth Jacob Congregation in Mendota Heights (St. Paul) and founder of the Multiracial Jewish Association of Minnesota, which focuses on creating space for Jews of colour to connect to one another, through the community, education and advocacy.

“If you had told me that our community would be having this conversation at the beginning of the pandemic, I would have laughed at you,” said Forbush. “There is a bright light in our community starting to see outside of ourselves. If we are a people and not a race, then we owe it to each other to get to know who we are. The idea here is, extend the tent and not move it to exclude somebody else.”

Like Pinkney, Forbush spoke of the potential the holiday holds for the future and the sense of inclusion it can bring to the entire community. He pointed out that young Jews of colour often feel excluded.

Throughout the webinar, the panelists touched on various points of exclusion they feel as part of a community – of not believing they are entirely heard and of the microaggressions that occur in Jewish spaces, such as being quizzed on aspects of Jewish life or being viewed as staff and not a member of the community. Understandably, these are the sorts of issues that drive Jews of colour away from synagogues and other Jewish institutions.

The hope was expressed that Jews of colour could achieve more positions of leadership within Jewish organizations. There was also a sense that the community as a whole is not achieving its full potential without engaging more actively and openly with Jews of colour.

“This year, as we expand upon the understandings of diversity and inclusion, we have, despite COVID, actively widened the doors to our tent so to speak,” said Rabbi Susan Tendler of Richmond’s Congregation Beth Tikvah, which has been promoting the recent USCJ webinars on reaching out to interracial families and building a larger sense of inclusion for all Jews.

“We have actively listened and considered with compassion the feelings of people who may want to enter and yet find barriers to feeling authentically accepted within the larger Jewish community,” she told theIndependent. “United Synagogue’s program on Juneteenth is one example of many in which we have taken the opportunity to listen and learn.”