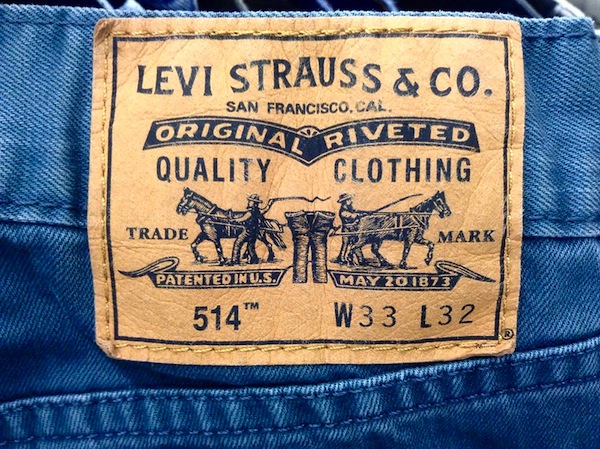 Nothing quite compares to the essential staple that almost all of us have in our closets, with styles including flare, skinny, low-rise, high-rise, boyfriend, ripped, the list goes on. If you haven’t guessed already, I’m referring to jeans. They epitomize fashion versatility, taking us from a city stroll in a pair of sneakers to our favourite restaurant in the evening with a boot or dress shoes. There are few fashion houses, from couture to street wear, that haven’t designed their own style. But, for the original jean, we have to thank Levi Strauss & Co.

Loeb Strauss, born 1829 in Bavaria, was the youngest of seven children. At age 16, after his father’s death and with increasingly harsh restrictions and discrimination towards Jews, he decided – with his mother and two of his three sisters – to move to New York. There, two of his brothers welcomed him into their dry goods business.

In the 1850s, in the midst of the gold rush, Strauss saw potential opportunities to set up shop in the West and he did so, opening a branch of the family business in San Francisco, where he changed his name from Loeb to Levi.

Levi Strauss & Co. became a rapid success, selling merchandise to local customers as well as to those in neighbouring cities. Strauss became a respected figure among the Jewish community, known to have a sharp business mind and a kind demeanour. He was also known for giving back to community, donating to both Jewish and non-Jewish charities.

The nature of the business – and the course of fashion worldwide – changed when Strauss was approached by Jacob W. Davis, a regular customer and acquaintance, who came to collect an order of canvas for his tailoring business. Davis made durable work wear, or “waist overalls,” as he called them, from special fabric that was primarily used to make tents. Having developed a system to prevent the overalls from ripping at the pockets by adding copper rivets at the corners (allowing them more longevity), he knew he discovered something big but, in order to proceed, he needed financial backing, primarily for the patent fee. Strauss became his business partner in 1873.

Levi Strauss & Co.’s jeans were produced largely for the labour workforce. However, over the years, they became a choice piece of clothing for women and men in any profession, at least when not working. Levi’s entered the world of film in 1938 when John Wayne wore a pair of Levi’s 501 jeans, transforming them into the American cowboy’s leading attire.

The financial success of Levi Strauss & Co. allowed Strauss to expand his business to many diverse industries, from banking to electricity. His philanthropy also expanded and he gave to many Jewish organizations, notably helping found and establish the Reform congregation Emanu-El in San Francisco.

While Strauss never married and had no children of his own, he had a strong relationship with his nephews. When he died, in 1902, Levi Strauss & Co. and most of his estate went to his four nephews and other family members; many charities were also beneficiaries named in his will.

Over six generations, Levi Strauss & Co. has remained a family-run business, manufacturing not only jeans but other casual wear, accessories and a children’s line. One of the largest brand apparel companies in history, the Levi Strauss name is universally recognized. Now run by the Haas family, decedents of Strauss, the family and business continue Strauss’s legacy in another important way – by being one of the most charitable families in the Bay Area.