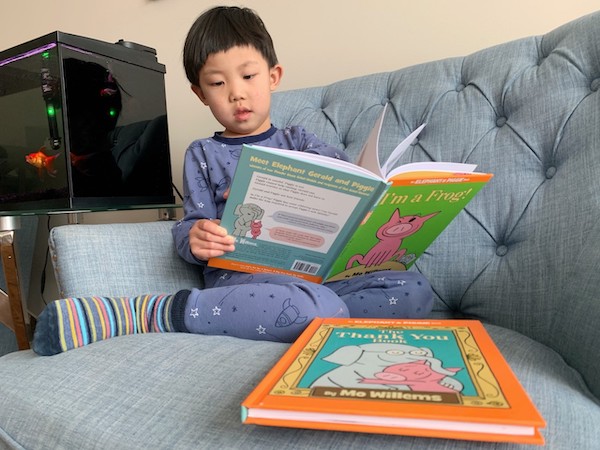 The Kort family – in an initiative led by sisters Beverley and Alisa – has established a scholarship in their parents’ names with the National Council of Jewish Women. The award will provide education funding to two newcomer women each year.

Beverley and Alisa’s parents, Shirley and Sol Kort, have both passed away. They met, said the sisters, in Shirley’s hometown of Edmonton at a Shabbat dinner event organized by the local Jewish community for the American Jewish soldiers stationed there – this included Detroit-native Sol, who was then in the U.S. army.

The couple moved to Vancouver in the 1940s and Sol started up the business Kent Chemicals with a fellow American who relocated to Vancouver.

Of Kent Chemicals, Beverley said, “He did that for many years, until the 1960s. Then, he sold his business and went into continuing education at UBC. On the side, he was leading and developing a lecture series called Search for Meaning, and more. He decided that, instead of being a chemist, he’d become an adult educator in the humanities.”

Sol was in his 40s when he changed career paths. In his new endeavour, he enjoyed connecting with people who were pushing the boundaries of understanding philosophy, science and psychology – people questioning the world.

Beverley recalled going to her father’s lectures, along with other kids, starting in her early teens. “I’d sometimes leave school and go to those lectures,” she said. “People came and stayed at our house. I was exposed to all sorts of interesting perspectives, like Buddhism and different types of spirituality, levels of consciousness, and ideas. I was already curious about human nature and this catapulted me onto the level of, ‘Oh, my God! Wow. What’s going on?’”

Meanwhile, Beverley’s mom, Shirley, was busy doing her own work, serving on the board of the Jewish Community Centre of Greater Vancouver for many years and being involved in National Council of Jewish Women (NCJW), among other pursuits. Later, Shirley helped form Shalom Vancouver, a welcoming service for newcomers to Vancouver.

“This was very important to her,” recalled Beverley. “People would describe her as one of the most welcoming, supportive people. When we did a special kind of presentation about my mom for the NCJW after she passed away, people got up and spoke about their relationship with her, especially young women who moved to Vancouver when she was quite involved in the council. They just found there wasn’t anything she wouldn’t do to help them get settled – connecting with people, coming to our house for dinner. Our whole family has this culture of, come for dinner, how can I help you connect, that kind of thing.”

Alisa added, “My mother was also on the board of the Volunteer Bureau of Canada and had been a president of the Vancouver chapter of the NCJW a number of times, [as well as being] involved in their mobile hearing testing project, HIPPY and Shalom Vancouver. My father was involved with the Vanier Institute of Canada and was director of humanities and science in continuing education at UBC.”

Alisa noted that one of her father’s good friends, author Ted Roszak, wrote of Sol that “he was ‘a bright, inquiring and caring educator who wanted to bring every leaping mind he could find to his school.’”

When Sol passed away, the Kort family established a fund in his name at the Isaac Waldman Jewish Public Library, as he was an avid reader. They also sponsored the Sol and Shirley Kort Author Series, the opening night of the Cherie Smith JCC Jewish Book Festival, for many years.

“My mom, during her life with my dad, was always hosting events and having people come and speak, and dealt with the behind-the-scenes things, organizing and being social,” said Beverley. “For her, hosting the author series in her and my dad’s name was a nice continuation of that. We did that for many years. They would come to our house the night before. And, the author would come, and my mom would meet him and talk. We named it after both of them because we always wanted to do something for both of them together.”

When Shirley passed away, the family wanted to find a way to further commemorate both of their parents’ lives, and looked to the NCJW, even though Sol wasn’t a member of the council.

“He was like a feminist more than his own daughters were, and he was an educator and a mentor,” said Beverley. “He was always finding people who needed mentoring. We were hosts for a Bosnian family who we’re still good friends with. After retiring, they set up weekly sessions with him to talk about books. He led speaking series for seniors and was always looking for ways to teach.”

Among the NCJW initiatives that were important to Shirley was HIPPY (Home Instruction for Parents of Preschool Youngsters), said Beverley, and she talked about it “a lot during the last three years of her life, as she struggled with dementia. HIPPY is about mentoring women and furthering their education. We wanted to do something that would further education and make a difference in someone’s life – that’s why we chose the scholarship.”

The Shirley and Sol Kort scholarship provides $2,500 per year to two newcomer women toward their education.

“HIPPY is a way of keeping my parent’s memory alive and supporting something that represents the essence of what they found important in the world, which is welcoming people, furthering education, being supportive and being larger than the Jewish community,” said Beverley.

According to Alisa, her parents were interested in people, above all – they were passionate about education and in helping newcomers to the Jewish community and beyond. Beverley and Alisa also are inspired in what they do by their late grandmother, who informally adopted one of the young children who made their way to safety via the Kindertransport.

Regarding the HIPPY scholarship, Alisa said, “It seemed to embody all that our parents held dear and it also seemed very important to support women, particularly women with children struggling to find a new life in a new country after having to let go of so much of what made them who they are.”

The initial recipients of the award, said Alisa, “were both very highly motivated and articulate about their experiences as immigrant women and mothers in Canada, and how … being involved in HIPPY has factored into their journey and continues enriching their lives. They’re multicultural in background. One of the women intends to complete her bachelor of social work and the other wants to get her social work diploma.”

Past president of NCJW’s Vancouver chapter, Debbie Altow, said, “Shirley Kort inspired us all in council. Besides working to bring HIPPY to Canada, she led the way – she was the first in our membership to use a computer; she worked tirelessly to pilot a hearing testing program for preschoolers (a project taken over by Vancouver’s health department); she hosted so many meetings that daughter, Beverley, printed up a neat collection of her recipes; and she had family and friends all over Western Canada, especially in Edmonton and Winnipeg.

For more information about NCJW in Vancouver, visit ncjwvancouver.org.