How Well Do Treatments Prevent COVID-19, Shingles, Heart Disease, Diabetes and Anything Else that Might Ail You? That was Dr. James McCormack’s topic at the Jewish Seniors Alliance fall symposium Nov. 22. And some 100 participants Zoomed in to hear his answers.

Gyda Chud, co-president of JSA, welcomed everyone and reviewed the organization’s foundational goals: outreach, advocacy and peer support. She thanked Jenn Propp, Liz Azeroual and Rita Propp for their hard work in facilitating the symposium, which emphasizes education and advocacy.

Marilyn Berger, past president of JSA, spoke a bit about McCormack’s background, noting how amazing his talk had been when he addressed the JSA a few years ago.

McCormack is a professor in the faculty of pharmaceutical sciences at the University of British Columbia, a podcast host and YouTube content creator. He began his remarks by mentioning his philosophical beliefs, which can be found in detail at therapeuticeducation.org. He emphasized that he receives no money from pharmaceutical companies and his only income is his salary from UBC. His medical podcast covers many topics, including nutrition (the Mediterranean diet is recommended) and anti-aging creams (they are all the same).

Regarding treatments and medications, McCormack recommends being skeptical and checking all information, as some are useful but many don’t work well. For example, many new drugs are not much better than those they are replacing, and many doses are too high. (See jewishindependent.ca/medical-myth-busting.)

The doctor shared a number of popular beliefs that are not supported by evidence and, indeed, which science indicates are not true. Examples included the following myths: it is not good to swim immediately after eating; sugar makes children hyperactive; you lose body heat through your head; eating carrots helps your eyesight; and spinach is strengthening.

Also, there is no evidence that you need to finish all medications, he said. For example, with antibiotics, if you are asymptomatic after 72 hours, you can stop taking them. Although we have some incredible medications, McCormack said the Golden Pill Award, given for breakthroughs in new medication, has not been awarded for the past eight years.

McCormack stated that “so-called diseases,” such as elevated blood pressure, bone density issues and high-glucose levels, should be identified as “risk factors,” rather than diseases. He also said many medications do not alter outcomes. It’s all about the numbers, what is the relative reduction of symptoms after taking certain medications. If the reduction is only two percent, is it worth taking a drug that has many side effects? he asked. He said, in the case of cardiovascular disease, following a Mediterranean diet and exercising may have more benefit than many drugs.

Regarding the serums for COVID-19, McCormack said the work has been outstanding and the oversight phenomenal. Vaccines for contagions are very important, he said.

McCormack concluded his talk by reminding us that tests and treatments can help and/or harm people. It is important to think for yourself, ask questions and have hope, he said, before responding to many audience questions.

Ken Levitt, past president of JSA, thanked McCormack for his presentation and for his emphasis on being alert about medications. The participant feedback was extremely positive. 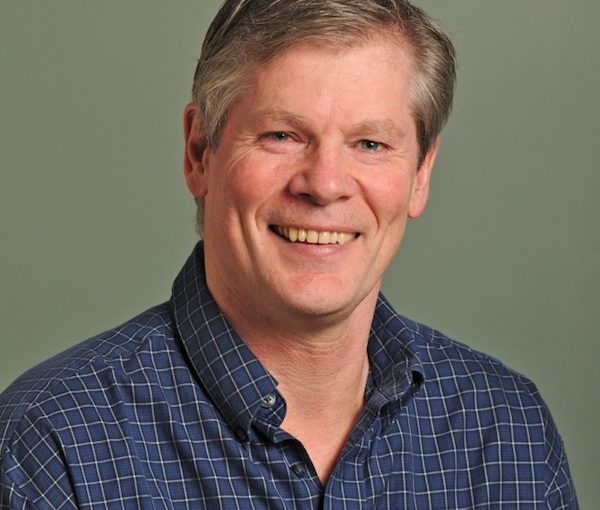 Dr. James McCormack is a bit of an anomaly as a voice in today’s medical debates. In a politically driven climate where most people tend to stand as either “all in” or “all out” with regards to their belief in science and research, McCormack’s approach is more pragmatic.

McCormack, a tenured professor in the faculty of pharmaceutical sciences at the University of British Columbia, a podcast host and a YouTube content creator, is a strong believer in evidence-based medicine. Well-known as a medical myth-buster, he dispels misinformation that often prevents doctors and their patients from making the most informed decisions possible. He will present some of his many thoughts and findings at the Jewish Seniors Alliance Virtual Fall Symposium Nov. 22, 2 p.m., which will be held on Zoom.

McCormack’s presentation will highlight some of the more common myths around what medications are actually effective and how doctors and patients can better work together to make evidence-based decisions. In a phone interview with the Jewish Independent, the doctor said his ultimate objective is to find out what the best available existing evidence is in healthcare to help doctors and patients make shared decisions on treatment plans.

This process is often “tricky,” he said, because of the many false conclusions and deceptive statistics that surround the medical field. For example, there are hundreds of clinical trials showing that statins, one of the most popular drugs in the world, help patients with high cholesterol, reducing the risk of heart attacks among 50-to-60-year-old patients from five percent to four percent.

“If you take a statin you can reduce your chance of a heart attack by about one percent,” he explained. “But what you will hear is that this is a 20% reduction in heart attacks – 20% is not a lie, but it’s misleading.

“If I come to you and say, ‘You have high blood pressure. That’s a silent killer. Do you want it to be treated?’ That’s not shared decision-making,” he argued. “If I said, ‘Your blood pressure is this number and your chance of a heart attack is 10% over the next 10 years and we can reduce it from 10% down to eight percent, what do you think of that?’ If that two percent seems like something you might want to consider, then we can try the drug, start with a low dose, make sure we don’t blow you away with any side effects, and then go from there.”

McCormack hinted at the large amount of medical misunderstanding around the world by noting his belief that at least half of all medical prescriptions are either wrong, unnecessary or the incorrect dose – a problem he says is driven by the challenges pharmaceutical companies face in getting their products to market.

“When a new drug comes onto the market, almost for sure the recommended dose is too high,” he said. “[Pharmaceutical companies] have to show that the medicine works. To show that it works, they have to recommend a dose that everybody responds to because, if you choose lower doses, you might not show enough people responding.”

He likened this process to attempting to estimate how much alcohol any specific person would need to drink in order to get drunk – a question for which there would be almost as many answers as there are people.

“This is a fundamental flaw in how we get a drug onto the market,” he said.

McCormack also brought up the alarming lack of evidence-based research on some of the most popular ideas in modern medicine and nutrition. Some of these myths include what we think about vitamins, the lack of evidence showing the health benefits of green vegetables like broccoli, and even our daily water intake.

“You see the same things with nutrition, where there are so many recommendations that are BS – like the idea of [needing to drink] eight glasses of water a day,” he noted. “Almost everyone in the world knows that’s the number of glasses of water you’re supposed to have every day, but there is not a single study that’s ever looked at that. It’s a made-up number mentioned by someone maybe 50 years ago, but it becomes incredibly powerful when everyone assumes it to be true. The evidence is pretty clear when it comes to water – you drink when you’re thirsty.”

McCormack became a myth-buster when, earlier in his career, he discovered a lack of evidence backing up the so-called facts that many of his mentors presented to him.

“I went looking for the evidence and I wondered why they were telling me this if [there was a lack of] evidence. It didn’t make any sense,” he said. “If good, smart people who are trying to do a good thing are telling me unintentional BS, why is that? So, ever since then, I’ve been very inquisitive.”

While he does his best to provide as much myth-busting content as possible to the public, McCormack warned that there’s no simple solution to helping patients understand the great nuances surrounding medical options.

“It’s very tricky,” he said. “Patients don’t feel empowered to make a decision because that’s not part of the ethos of how we do medicine. There are people who would say to their doctor, ‘Just tell me what to do.’ And that’s totally fine as long as the doctor or the pharmacist knows the best available evidence.”

While McCormack will share some of his key discoveries at the symposium, fans of his work can also listen to any of the 460-plus episodes of his podcast, The Best Science Medicine Podcast, which he has nicknamed The BS Medicine Podcast.

“We take the BS out of the BS,” he laughed, before emphasizing that he and co-host Michael Allan approach their shows with a sense of humour.

McCormack also produces various music video parodies on his YouTube channel under his own name. The videos, he said, are a labour of love. “I do [them] because I’m a tenured professor and I can do whatever I want,” he said, tongue-in-cheek. “Which is kind of nice.”

JSA members/supporters will receive an email with the Zoom link to join the virtual symposium. For more information on and to register for the JSA symposium, contact the JSA office at [email protected] or 604-732-1555.

Editor’s note: This article has been amended from the print version to include more detailed information on how to access the event on Zoom.