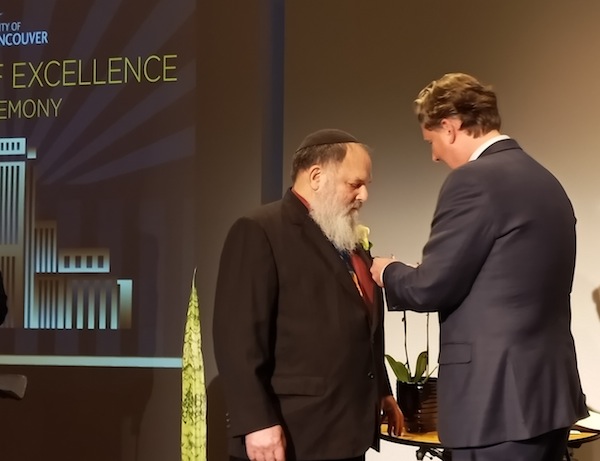 Mayor Stewart, councilors, laureates of awards of excellence, family and friends, in contemplating the idea of Freedom of the City, I asked myself, “What is the city?” and “What is the nature of freedom?”

A city – characterized as an amalgamation of buildings – is also a social contract wherein a large number of people agree to live relatively close to one another. The price we pay is giving up some of our freedoms. They are restricted in return for other mutual benefits such as law enforcement, culture, infrastructure, education, health and social services. However, in the very act of abdicating our individual freedoms, civilization fills us with discontents[1], for we resent – consciously or unconsciously – having been so domesticated.

The metropolitan fair, however, is occupied by more than just humans adorned in the robes of their constant drama. We may be a poem of our city, defined by the parenthesis of mountain and sea; we may be wandering pilgrims and humble hermits, thieves and lovers among the woods and waters of Lotus Land, but we are only one species, a minority in the midst of many.

Remember the moss and the mushroom thriving in lavish rainforest where each drop is a diamond and morning-dew a jewel of the resurrected dawn.

Ours is a garden city: every garden has its rose; each rose, its thorn.

The city is a living organism; the atmosphere dynamically charged.

The land itself knows our name.

This evening, let us celebrate our urban oasis, embrace its wholeness, the cornucopia of all existence.

What then is freedom and where does it dwell?

It is a mosaic of principles that are frequently taken for granted: they guarantee the ability to express ourselves, to elect politicians and critique society.

We must also consider what it is not. Freedom does not give others the right to steal our property or invade our privacy. Anti-hate speech and libel legislation protect us from the abuse of freedoms by others.

The fullness of freedom – the insecurity borne of its great responsibilities – can prove too much for some to bear. We speak of “free will” but generally act as if by habit or according to the doctrines of others. Authentic free will is not without cost. It is among the rarest of phenomena.

While freedom is often expressed as a declaration of independence, ironically it also implies discipline. When paired with imagination, the one who is disciplined is the most emancipated of all. Such is the trained dancer, champion athlete, or master musician. The hands of a skilled surgeon save lives; a critical thinker solves problems; the voice of confidence banishes despair.

In the course of my life, I was given much, strove to increase what I could, and gave away even more. I have risen and fallen with the tides; been lost and found ten thousand times. I explored much, found wondrous things, and tried to integrate teachings from every corner of the world.

And yet, after a lifetime of labour, I recognize there is still much to accomplish: trees to plant and minds to cultivate, libraries to build, souls to heal and words to compose. Every moment is precious; each day a treasure.

My quest has been long and arduous. Over the years, after too many opportunities that ended in regret, I, along with Kierkegaard, learned to dare greatly: “Have I dared wrongly? (Oh) well, then life will help me with the punishment. / But if I have not dared at all, who will help me then?”

I fear that although I worked hard and studied until time abandoned its clock, although I chased sleep from my eyes and rest from my exhausted body, dreamt with the stars and traveled to the very ends of the earth in search of wisdom, I still feel empty, aware there is so much more to learn, to know, to be.

What was achieved is only a small percentage of what could have been implemented. Regarding this, King Solomon affirmed that “No one dies with even half their desires fulfilled.”[2]

However, when I look back upon my life, I am filled with gratitude and wonder that my few and fleeting years have been an offering to a rather astonishing journey of unrelenting adventure here on Spaceship Earth.[3]

I would have liked to share with you further reflections about “freedom and the city” but my allotted time has expired. I trust that you listened in stereo and intuited more than I could ever express.

In conclusion, I thank city council for this recognition. I am deeply grateful for this profound honour, one before which I tremble.

And thank you to my family, teachers, colleagues and friends for their unwavering love and inspiring support, for their tears and laughter, for their lessons in the art of living.

Allow me to close with a blessing for Vancouver:

Oi, Yehi ratzon milfa’nekha, El Melekh hie ve’kayam: May those who care for our city – citizens and volunteers, professional staff and elected officials – be guided with wisdom and compassion as they administer to all that is necessary. May your dedication result in peace and security, happiness and healing, creativity, prosperity, justice and freedom for all.

Hee’nai mah tov u’mah Nayim, shevet ahim gam yahad: How good and how pleasant it is for all of us to dwell together. 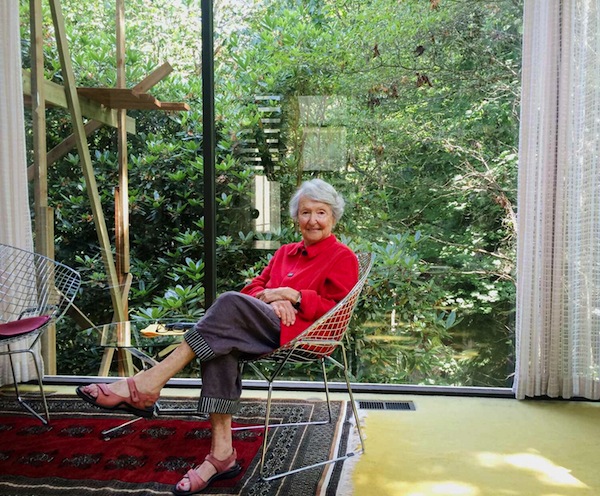