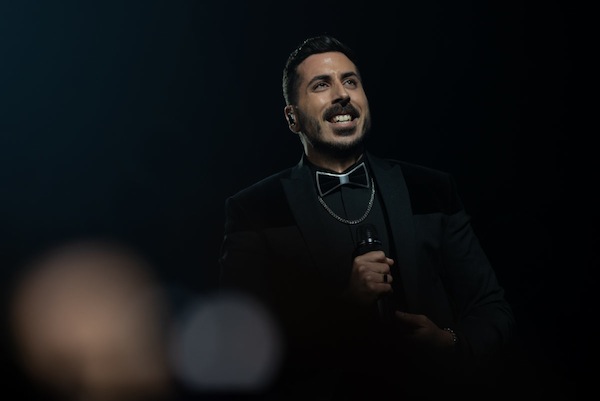 The Eurovision Song Contest, like the World Cup, is one of those cultural phenomena that seems to enrapture huge swaths of the world while North Americans observe it dispassionately, if at all, wondering what it’s all about.

For Jewish North Americans, the annual international songfest gained attention last year and this year for the 2018 Israeli victory by performer Netta Barzilai, a victory that comes with the privilege of hosting the next contest. So it was that the world descended on Tel Aviv last week for the 2019 edition.

Commentary on social media was polarized. Anti-Israel activists called for a boycott of the event, while Israelis and Zionists (as well as tourists who are as attuned to Israel-Palestine politics as most of us are to the nuances of Eurovision or the World Cup) posted photos of a rapturous Mediterranean seaside celebration.

Calls to boycott one of the world’s most watched cultural events because it takes place in Israel represent a continuing effort to portray Israel as a nation apart from the rest, an untouchable among countries. To make this approach make sense, Israel has to be recast to fit the narrative. Notably, there was no serious discussion of a boycott when Eurovision was hosted by Russia, an autocracy guilty of terrible crimes and oppression.

For all its bluster and online ubiquity, the boycott-Israel movement has largely been a failure on the surface. Last week, activists called for a boycott of Israeli wines and, in response, there was a run on Israeli wines at Vancouver-area liquor stores. Similar campaigns have regularly produced far more sizzle than steak, with counter buycotts negating any large impacts that the boycotts might inflict.

What the BDS movement does successfully, though, is solidify in the minds of uninformed or unengaged people the idea that the Israeli-Palestinian conflict can be blamed on one party. If peace, justice and coexistence were the real aim of the movement, they might choose to call out injustices and corruption by the Hamas and Fatah rulers in Palestine alongside wrongs perpetrated by the Israeli government and military. Indeed, boycotts need not have any actual economic success in order to succeed at planting a narrative – a fact the BDS movement has seized upon.

Meanwhile, there has been outrage from supporters of the BDS movement in response to legislative moves to block anti-Israel boycotts. The German Bundestag recently passed a resolution condemning BDS as antisemitic and calling it redolent of Nazi-era boycotts. Activists have responded with a classic goose/gander dichotomy, seemingly demanding the right to boycott while incensed that anyone might boycott them back.

As we have written in this space previously, legislative punishments for boycotting Israel, which have also been passed by many U.S. states, may come from the right philosophical place, but we’d prefer to see the basis of the movement countered intellectually, rather than with the blunt force – and unintended consequences – of these laws.

Ultimately, the message we should take from the Eurovision experience and the broader BDS movement is that misrepresentations must be met with truth, even if that seems like a Sisyphean effort. More specifically, the boycotts should be met with a forceful response that not only declares our opposition to the boycott itself. We must also loudly proclaim that the underlying assertion of unilateral Israeli guilt for this seven-decade conflict is a false premise upon which the entire BDS cause rests. Of course, Israel has responsibilities in the goal of a lasting peace, but so do Palestinians, a fact that BDS supporters and much of the world refuse to acknowledge.

Eurovision organizers tried unsuccessfully to keep politics out of the competition but they came anyway. The supposed controversies did nothing to detract from the “big show” and, in fact, could be said to have highlighted the complex entity that is Israel and its capacity to embrace diverse views.

While Israel’s entrant, Kobi Marimi, didn’t fare very well – coming in 23rd of 26 entrants – he gave an emotional performance, finishing his song “Home” with tears. He later told reporters, “I don’t have words to explain how much I love this country, and how proud I am for myself and my team.” We’re pretty proud, too.