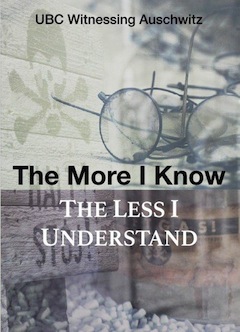 More than 100 Auschwitz survivors from at least 17 countries will travel to Poland to participate in the observance of the 70th anniversary of the liberation of the Nazi concentration and extermination camp Auschwitz on Jan. 27, on the occasion of International Holocaust Remembrance Day. The official event will be organized by Auschwitz-Birkenau State Museum and the International Auschwitz Council. World Jewish Congress and USC Shoah Foundation – The Institute for Visual History and Education will be among the organizations supporting this commemorative event.

The main commemoration will take place in front of the Death Gate at Birkenau. The ceremony will be under the high patronage of Poland’s President Bronislaw Komorowski. Countries from around the world will be sending official delegations, some of which will include Auschwitz survivors.

“This anniversary is crucial because it may be the last major one marked by survivors. We are truly honored that so many of them, despite their age, have agreed to make this trip,” said Ronald S. Lauder, president of World Jewish Congress. “Few moments in the drama that was World War II are more etched in our collective memory than the day Red Army troops came upon, perhaps, the greatest evil of our time.”

“We have to say it clearly: it is the last big anniversary that we can commemorate with a significant group of survivors,” said Dr. Piotr M.A. Cywinski, director of the Auschwitz-Birkenau State Museum. “Until now, it has been them who taught us how to look at the tragedy of the victims of the Third Reich and the total destruction of the world of European Jews. Their voices became the most important warning against the human capacity for extreme humiliation, contempt and genocide.”

“On this special day, we want to show the survivors and the whole world that we, the postwar generation, have matured to our own responsibility for remembrance,” Marek Zajac, secretary of the International Auschwitz Council, added.

Lauder praised the efforts to preserve the site where at least 1.1 million people, most of them Jews, were murdered within less than five years. “Twenty-five years ago, when I saw the stunning truth of Auschwitz for the first time, every part of the former camp was disintegrating. Now, after a monumental effort, it has been preserved for future generations, and that is important in an age of Holocaust deniers.”

Twenty years ago, Lauder, along with Kalman Sultanik and Ernie Michel, raised $40 million from 19 countries in order to ensure that what remained in Auschwitz-Birkenau forever be preserved and bear witness for future generations. Lauder also financed the creation of the conservation laboratory at the Auschwitz Memorial, which preserves every shoe, every document, and every building that remains at the site.

The financing of the long-term preservation is continued by the Auschwitz-Birkenau Foundation. It was created in 2009 to collect €120 million ($151 million US) for the perpetual capital that will finance conservation work and preservation of all authentic remains of the former Auschwitz camp. To date, 32 countries have contributed more than €102 million ($128 million US). The foundation has started the 18 Pillars of Memory campaign to raise the remaining €18 million and it hopes to be able to announce the completion of the project on the day of the 70th anniversary of liberation.

Ahead of the event, World Jewish Congress has located Auschwitz survivors from at least 17 countries who are able to travel to Poland, especially from countries from which Jews were deported to Auschwitz during the war and from countries where significant numbers of survivors settled after the Shoah.

With the help of archivists from the Auschwitz-Birkenau State Museum, USC Shoah Foundation has identified the children from the historic photo seen above, taken by Red Army photographer Alexander Vorontsov who, in 1945, documented the liberation of the death camp. The surviving children are now between the ages of 81 and 86 and have been also invited to participate in the official commemoration.

“Faced as we are with the loss of living witnesses,” said Stephen Smith, USC Shoah Foundation executive director, “it is imperative we honor them and take their stories with us into the future so those who come after us will have no excuse to let such atrocities happen again. Survivors speak not only for themselves, but for the millions whose voices were violently silenced.”