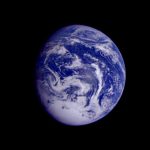 Rosh Hashanah commemorates God’s creation of the world. During the 10 days from Rosh Hashanah to Yom Kippur, we evaluate our deeds and do teshuvah (repentance) for cases where we have missed the mark. And, during Sukkot, we leave our houses and live in temporary shelters to commemorate our ancestors’ journey in the wilderness. Hence, these weeks provide an excellent time to consider the state of the planet’s environment and what we might do to make sure that the world is on a sustainable path.

When God created the world, He was able to say, “It is tov meod,” very good. (Genesis 1:31) Everything was in harmony as God had planned, the waters were clean, and the air was pure. But what must God think about the world today?

What must God think when so many species of plants and animals He created are becoming extinct at such an alarming rate in tropical rain forests and other threatened habitats; when the abundant fertile soil He provided is being depleted and eroded; when the climatic conditions He designed to meet our needs are threatened by climate change?

An ancient rabbinic teaching is all-too-relevant today: “In the hour when the Holy one, blessed be He, created the first human being [Adam], He took him and let him pass before all the trees of the Garden of Eden and said to him: ‘See my works, how fine and excellent they are! All that I have created, for you have I created them. Think upon this and do not corrupt and destroy My world. For, if you destroy it, there is no one to set it right after you.’” (Midrash Ecclesiastes Rabbah 7:28)

Today’s environmental threats bring to mind the biblical 10 plagues. When we consider the threats to our land, water and air from pesticides and other chemical pollutants, resource scarcities, acid rain, deforestation, desertification, threats to our climate, etc., we can easily enumerate more than 10 modern “plagues.” The Egyptians were subjected to one plague at a time, while our modern plagues threaten us simultaneously. And the Israelites in Goshen were spared most of the biblical plagues, while everyone on earth is imperiled by the modern plagues.

Instead of an ancient pharaoh’s heart being hardened, our hearts today seem to have been hardened by the greed, materialism and waste that are at the root of current environmental threats. While God provided the biblical plagues to free the Israelites, today we must apply God’s teachings in order to save ourselves and our planet.

There seem to be almost daily reports about record heat waves, severe droughts and wildfires, the melting of glaciers and polar ice caps, an increase in the number and severity of hurricanes and other storms, and other effects of climate change. All of the above, and much more, is related to a temperature increase in the past century of a little more than one degree Celsius, so it is frightening that climate experts project a temperature increase of three to six degrees Celsius in the next 100 years. Some leading climate experts have stated that global warming may reach a tipping point and spin out of control within a decade, with disastrous consequences, unless major changes soon occur.

All countries, including Israel, are affected by climate change. Israel is already suffering from one of the worst droughts in its history, with below average rainfall in each of the past five years, and the Kinneret, a major water source, at dangerously low levels.

Israeli climate experts are concerned that, with additional climate threats, there will be a rise in temperature causing many severe heat waves; a significant increase in the Mediterranean Sea level, which would threaten the narrow coastal strip of land that contains most of Israel’s population and infrastructure; and a significant decrease in rainfall, estimated at 20%-30%, which would disrupt agricultural production and worsen the chronic water scarcity problem in Israel and the region. Making matters worse, much of that rainfall would come in severe storms that would cause major flooding.

Fortunately, there are many Jewish teachings that can be applied to shift the earth to a sustainable path. Briefly, these include our mandate to be shomrei adama (guardians of the earth), based on the admonition that we should “work the earth and guard it” (Genesis 2:15); the prohibition of bal tashchit, that we should not waste or unnecessarily destroy anything of value (Deuteronomy 20:19-20); the teaching that, “The earth is the Lord’s and the fullness thereof” (Psalms 24:1), and that the assigned role of the Jewish people is to enhance the world as “partners of God in the work of creation” (Shabbat 10a); and the ecological lessons related to the Shabbat, sabbatical and jubilee cycles.

As coworkers with God, charged with the task of being a light unto the nations and accomplishing tikkun olam (repair of the earth), it is essential that Jews take an active role in applying our eternal, sacred values in struggles to reduce climate change, pollution and the waste of natural resources. Jews must work with others for significant changes in society’s economic and production systems, values and lifestyles. The fate of humanity and God’s precious earth are at stake and, if we fail to act properly and in time, there may be “no one after us to set it right.”

Richard H. Schwartz, PhD, is professor emeritus, College of Staten Island, president emeritus of Jewish Veg and president of Society of Ethical and Religious Vegetarians. He is the author of several books, including Judaism and Vegetarianism and Who Stole My Religion? Revitalizing Judaism and Applying Jewish Values to Help Heal Our Imperiled Planet, and more than 250 articles at jewishveg.org/schwartz. He was associate producer of the documentary A Sacred Duty: Applying Jewish Values to Help Heal the World.