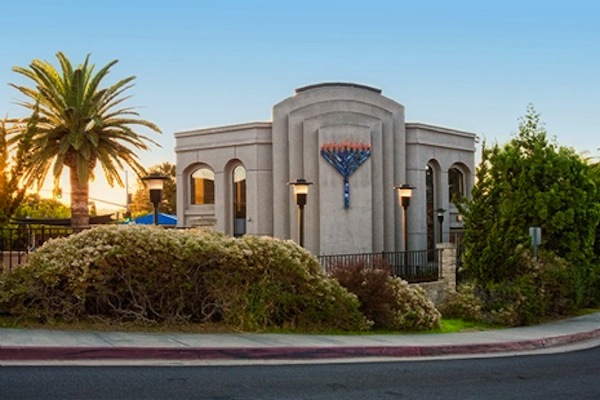 Let’s talk about goats. When I was doing research for my book Fiber Gathering, about U.S. fibre festivals, which attract thousands of people, I learned lots about goats. But what do goats, which produce milk, fibre and meat, have to do with Judaism?

In Leviticus, we read precise descriptions of the high priests’ clothing. One may scoff about the details, but I bet you’re wearing clothes. In many Torah portions, Jews think a lot about textiles. (If you don’t, you should! You’d be cold without clothes.)

We read rigid rules for sacrifice, how we should eat and how we should behave in terms of intimacy towards our partners and family. This is also the text that includes the most discriminatory and misunderstood interpretations of homosexuality.

Like any good Jewish parent, the Almighty offers us strict guidelines in Leviticus. There are things we should and shouldn’t do. However, there’s also an acknowledgement of our humanity. We make mistakes. There are times when we won’t understand how to behave, so here, too, is a Temple sacrifice procedure. This forgiveness process turns into part of our modern Yom Kippur service. We learn how Aaron makes a sacrifice to atone for the “strange fire” that his sons, Nadav and Abihu, brought to G-d and how they were killed for it. Part of Aaron’s prescribed ritual includes sending a goat named Azazel out into the wilderness. The goat carries away the people’s sins, and it lives.

My husband, a biologist, struggled a bit with this but felt comforted that, of all the domesticated animals to be cast out, goats could survive in the wilderness. I remembered the goat cheese we ate at the Taos Fibre Festival in New Mexico. We met the farmer who raised the goats and made cheese. He told us how he lived off the grid. He had to drive hours on a dirt road just to get to his mailbox, and several hours farther to get to town.

Every day, his goats are sent out into the desert to forage along with their guard dogs. Some shepherds keep dogs, others use donkeys or llamas to protect their flocks. This man described how his goats were free range and how they returned each night. He milked these goats and his cheese varied according to where they had grazed and the season. It was truly “wild” cheese – and most of his goats did fine, despite the desert predators.

While we try to follow rules, we are also aware that things change in our world. Like the goats, we are susceptible to danger. A recent JTA article (Jewish Telegraphic Agency) pointed out ways that congregations are preparing for “the next Pittsburgh” by changing the ways congregations protect themselves. The first 911 call in Pittsburgh came from the Sabbath-observant rabbi, who was persuaded the year before to carry a cellphone for emergency use. In the Poway shooting, Steve Vaus, Poway’s mayor, indicated that congregants acted quickly, using training they had received right after the murders in Pittsburgh.

A few years ago, I heard an upsetting story about our responses to potential danger. One day, a religious man was praying when the congregation’s alarm went off. He was concentrating. Although he knew how to shut off the alarm, he didn’t stop praying to silence it. A woman who worked at the shul lived nearby, heard the alarm and came running to help. Perhaps she wasn’t perfectly dressed (according to her community’s standard). She wasn’t calm – but she took her responsibilities seriously and rushed towards the emergency to help. Later, the praying man belittled the woman for being flustered and for not dressing properly. He didn’t acknowledge her speed and bravery. When she ran, she didn’t know it was a false alarm. She made herself vulnerable for the sake of her community.

I didn’t witness that “false” alarm, nor was I there when people acted bravely during the Pittsburgh or the Poway tragedies. However, we must read these situations critically, in the same way we read Leviticus. We continue to face conflicts and emergencies. Along with the rigid everyday humdrum, there’s a vulnerability that we face in the wilderness (the world).

Some feel Leviticus’s rigidity can make us wary of making mistakes or of finding solace in religion. Others suggest these rules create life’s order. We are all different. Yet, we must all cope with changes, surprises and danger. We might get cold in our environment and need to know what to wear. We might be surprised or do the wrong thing in the midst of prayer. We face danger. We are truly vulnerable out there in the world and before G-d, just like the goats.

Parents, like goatherds, have to trust that, after we offer our kids structure and skills, they will make it out there and come home again. We have to hope that our children and congregations will be sturdy and flexible enough when danger arises.

In Leviticus, the goat, Azazel, bore our sins and was alive and at risk. In a sense, we are those goats. We seek divine rules and structure, while at the same time coping with a world that requires us to think critically, adapt and be ready for whatever may happen next. It’s a wilderness out there. We must think on our feet.

I applaud those leaders who run towards the danger as Lori Gilbert Kaye, z’l, did, risking everything, and who follow the spirit rather than the letter of the law. Pittsburgh’s Rabbi Jeffrey Myers saved lives because he made an emergency cellphone call. Our religious traditions evolve. We no longer make sacrifices at the Temple. It’s important to reconsider our habits at many other occasions other than just Yom Kippur.

I’ve been belittled sometimes because I write about knitting. Yet, we wear clothes. According to Leviticus, that’s important. Also important? Being vulnerable to both the Divine, and to change. I keep that goat-in-the-wilderness image alive. We can meet these real-life challenges if we open up our minds to what’s really out there, bring a guard dog and avoid embracing rigid biases.