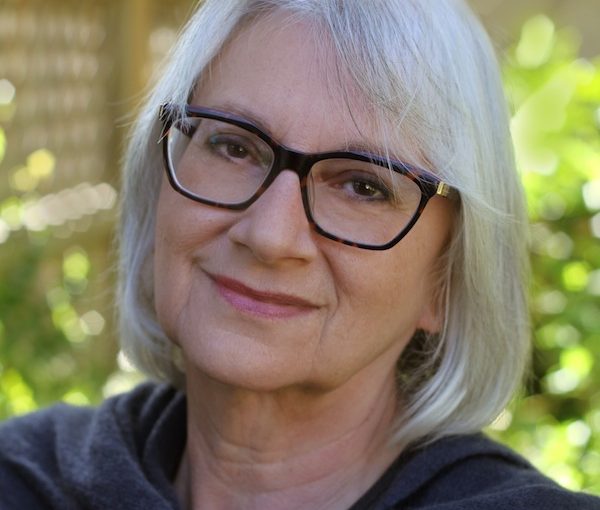 Midway through Isa Milman’s Afterlight, which came out this week, the author cites Reb Nachman of Breslov, who said, “The whole world is a very narrow bridge.” In Victoria-based Milman’s new work, we encounter bridges of various sorts: those that serve as a crucial lifeline to the survival of the denizens of cities, particularly at a time of war, and the bridges that bring together people from different continents in the pursuit of understanding an unconscionably horrific time in Eastern Europe.

And then there are the bridges that link us poignantly to our past – to those we know through words and photos but have never met. In Afterlight, one such bridge connects Milman to her mother’s twin sister, her aunt Basia, who perished in the Holocaust, and who, like Milman, wrote poetry. (Milman is a recipient of the Canadian Jewish Book Award for poetry.)

Milman’s journey began in 2013, when, following her mother’s death, she sought to find Basia’s poems from the 1930s. The book alternates between the present and the past (the war years), as Milman tries to uncover a layered tale. She travels to Europe where, at times, her quest for information leads to dead ends and, at other times, she finds details in unlikely places – a photograph in Amsterdam, for example.

At one stage, Milman finds poetry written in a Polish publication from the 1930s. She writes, “Reading the children’s poems, I felt a terrible nostalgia rise up – a dangerous nostalgia. Even now it hurts too much, this intense longing for a conversation with Basia, for a meeting, a recognition that we’ve lived on the same planet, come from the same earth, share blood and bone. We share a love of poetry, but I shall never know her, not even as smudged ink on a page.”

At one point in her exploration, Milman pens a poem to her aunt. “How many tiny flowers make one lilac sprig? / How many stars in the night sky have names? / How many yet to be seen? They disappear with morning sun too soon but in darkness or in light tucked in their beds they remain,” the poem reads. 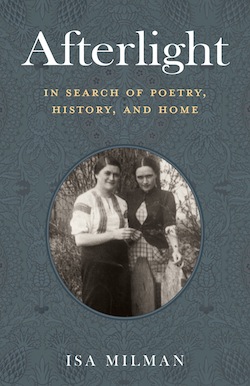 Basia’s story is but one piece of the book. Afterlight also traces the journey of Milman’s parents and her other surviving aunts through the Holocaust and examines questions about the trauma, displacement and identity caused by the Holocaust to succeeding generations.

“I’d lived my life in a black hole of absence, of never having the experience of grandparents, of feeling rooted and at home with extended family. And this was not because of a tsunami, an earthquake, forest fire or plague. It was because of tribal hatred,” Milman writes.

As well, she explores the issue of reconciling the Poland that Jews thought of as their home with rampant antisemitism and the brutality of the war years. “Why couldn’t I choose how to think about Poland, even if it meant going against most everything I’d learned?” Milman asks. “Why couldn’t I revise my notion and accept that Poland is a place that I can love as well as despise and fear? Why must it be either/or? Was it possible to live in the uncomfortable in-between, where both realities coexist?”

Afterlight is Milman’s first work of nonfiction. At first, Milman, whose collections of poetry include Prairie Kaddish, Between the Doorposts and Something Small to Carry Home, was reluctant to write a nonfiction account of the Holocaust. However, recent surges in antisemitism around the world led her to change her mind.

“The lessons of the Holocaust need to be taught, and not just by citing facts and reportage,” she said. “Telling stories about real people and their experiences is the most effective way of reaching and teaching people about how evil can happen, and how we must fight our worst human inclinations and speak out against hatred and inhumanity.”

A big part of her decision to write a memoir was realizing that her family’s story did not match a more common Holocaust narrative. Hers is a lesser-told account of Jews from eastern Poland, some murdered in what’s known as “the Holocaust of Bullets” and others, like her parents, who survived because of deportation by the Soviets to the Gulag.

“I loved entering the world of creative nonfiction,” she said. “Using my imagination to create scenes where I clearly was not present enabled me to inhabit the places and people I needed to describe. Everything became more real as I entered into the minds of my characters, who happened to be my parents and close family.”