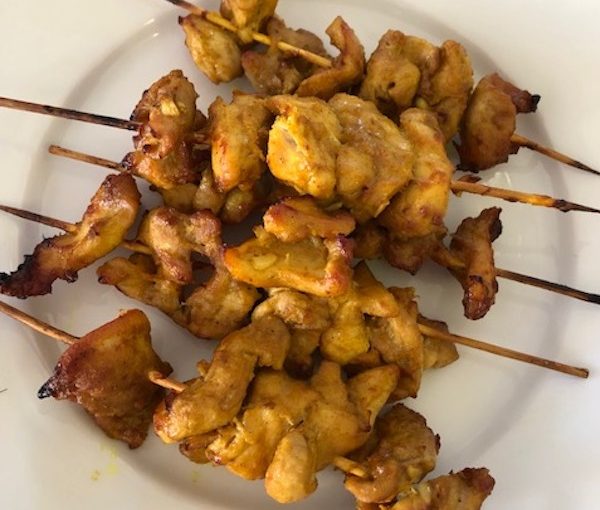 My father, alav hashalom, used to use the Yiddish phrase “Don’t hock me a tscheynik,” meaning, literally, don’t bang my teakettle. But, idiomatically, it means don’t bother me with nonsense. My husband Harvey has been hocking me a tscheynik for months now, in the hope that he’ll wear me down and I’ll finally give him the OK to buy an air fryer. Vos air fryer? Whenever people said air fryer, it conjured up a deep fryer filled with greasy doughnuts floating on the top. Or fatty chicken served with waffles, south of the border. It was about as appealing as an oozing wound.

I didn’t know from air fryers. But then my nephew and his wife got one, and regularly post pictures of the mouthwateringly delectable dinners they produce in their newfangled appliance. Still, I was not sold on the idea. While our apartment is a good size, our kitchen was designed for someone who’s culinarily challenged, petite in stature and not in favour of wasting space. Or, for someone like the character of Carrie Bradshaw, from Sex and the City, who only uses her oven to store sweaters. In short, it’s a galley kitchen that only fits two people, if you turn sideways and suck in your stomach. Our counter space is almost non-existent, yet we’ve managed to find a home for a Nespresso machine, waffle maker, Breville toaster oven, Breville blender and two Henckels knife blocks. I can barely fit a Vitamin C tablet on the remaining space. Still, Harvey thinks we can’t live (or at least not live well) without an air fryer.

After months of fighting him on this, I finally relented. Harvey did his due diligence, researched all air fryers known to man (and woman), then snuck out in the dead of night (notice how I made that all dramatic) and bought one. We got the Instant Vortex six-quart air fryer, which is big enough to hold a smart car. Or a baby buffalo.

As you can imagine, we had to make room for it on our aforementioned miniscule counter. The waffle maker now lives in the closet. The Nespresso machine has taken up residence in the liquor cabinet. And the Breville blender now cohabits with the Henckels Dutch oven under the butcher block. Our little family of appliances resembles a group home for wanton, headstrong youth. But still, we love them all the same.

A week has passed since we installed the air fryer into our humble abode and, well, it’s sheer bliss. I never knew it could be like this. So far, Harvey has made baked chicken thighs, carrots and broccoli, hardboiled eggs, potato wedges and hamburgers. All of which passed with flying (frying) colours, except, I’m sorry to say, the broccoli. It was a stringy, hard mess. The air fryer was literally begging us (OK, so I’m anthropomorphizing) for overtime – or at least a day off.

So, does this make us Frequent Fryers?

Meanwhile I’ve been Googling recipes for air fryer eggplant, tofu (Harvey would rather eat nails) and teriyaki salmon. Then, inspiration struck like yummy lightning – I found a bunch of mouthwatering recipes for air fryer chicken satay with peanut sauce. The deal was sealed. Note that, up to this point in time, I had not so much as touched our new appliance. I’d read the owner’s manual a dozen times though. Not wanting to challenge myself too much – you know, performance anxiety, fear of failure – I glommed onto the easiest, most appealing recipe I could find (credit goes to “Damn Delicious”). You’re welcome.

To say that this meal was a success would be a gross understatement. In fact, I think Harvey proposed to me all over again. Then he offered to buy me a new computer. And a car. Perhaps the exhilaration of this delicious meal has gone to my head. Maybe he just said, “Thanks, it was delicious!” I can’t be sure. But my bet is on a new car.